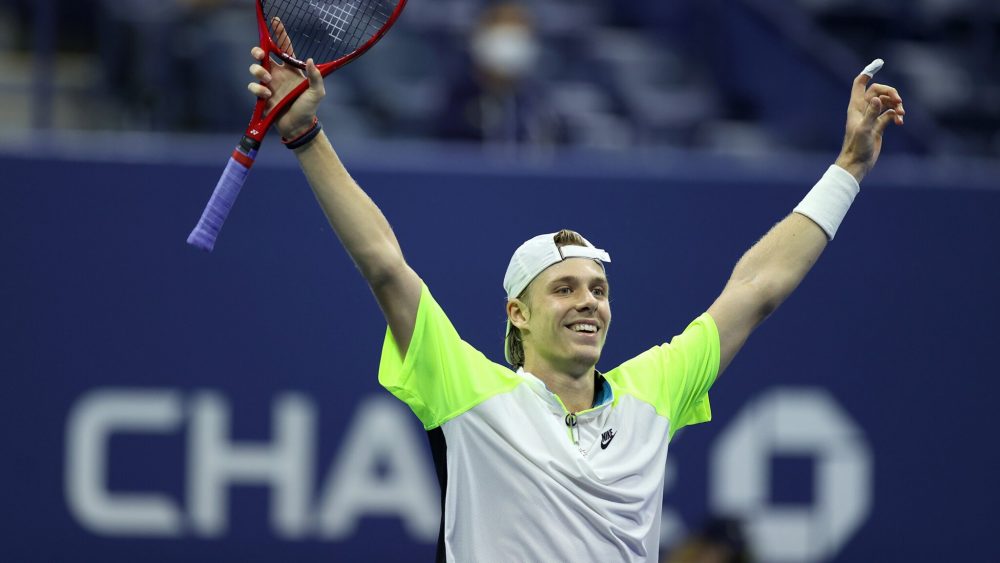 World No.17 Denis Shapovalov is breaking new ground at the US Open and he believes his breakthrough has been achieved with the help of partner Mirjam Bjorklund.

The 12th seed battled back from a set down to edge out Belgium’s David Goffin 6-7(0), 6-3, 6-4, 6-3, on Sunday evening in New York to become the first Canadian man in history to reach the quarter-finals of the US Open. Against Goffin, Shapovalov dropped serve only once as he fired 13 aces and 52 winners en route to victory. A milestone achievement for the 21-year-old who had never progressed beyond the fourth round of a major until this tournament.

“It’s definitely super exciting to be in my first quarter-finals of a Grand Slam. Obviously I had the run I think it was three, four years ago making the fourth round. To kind of get over that hump, make my first quarters, it’s a huge boost for me to see that my hard work’s paying off,” said Shapovalov.
“I knew it was going to be a battle out there, a lot of long rallies. I tried to match his steadiness while still trying to play my game and be aggressive when I had the opportunity. I feel like all four sets I executed that really well.” He added.

Following his latest victory, Shapovalov praised one particular person who he believes has helped him become a better player – his girlfriend Bjorklund. A Swedish professional player who broke into the top 300 last year for the first time and has won six ITF titles so far in her career.

“I just think as soon as we started dating, it’s kind of a reason for someone to want to man up. I felt like she’s definitely inspired me to become a better person, a better tennis player,” he explained.
“I don’t mean to take anything away from my parents or my team, as well. I feel like everybody’s inspiring me. They’re staying up at night watching my matches. Everybody is supporting me.’
“Throughout the start of my life my parents have just been there always for me. I think it’s everybody.’
“But, of course, she inspires me as well.”

Shapovalov was on course to play Novak Djokovic in the next round before the world No.1 was disqualified from his match after accidentally hitting a ball at a lines woman. The incident means that there will be a brand new Grand Slam champion in the tournament. Out of those remaining in the draw, only Daniil Medvedev and Dominic Thiem have previously contested a major final.

Instead of Djokovic, the Canadian will lock horns with Spain’s Pablo Carreno Busta. A former semi-finalist in New York who he has a losing 1-3 head-to-head record against. The two clashed three times last year with Shapovalov losing both of their meetings on a hardcourt in straight sets.

“It’s definitely going to be an extremely tough, tough challenge,” Shapovalov previewed.
“Obviously he’s kind of like David (Goffin): very solid, very stable from the back. It’s going to be a similar matchup for me.”
“I have to play my game but remain steady as possible.”

Shapovalov is also through to the quarter-finals of the doubles competition alongside India’s Rohan Bopanna.

Novak Djokovic Is Out, And The Field At The US Open Has Never Been More… Open

Naomi Osaka Sets Up Showdown With Unseeded Rogers At US Open