Roberta Vinci would like to coach Garbine Muguruza - UBITENNIS 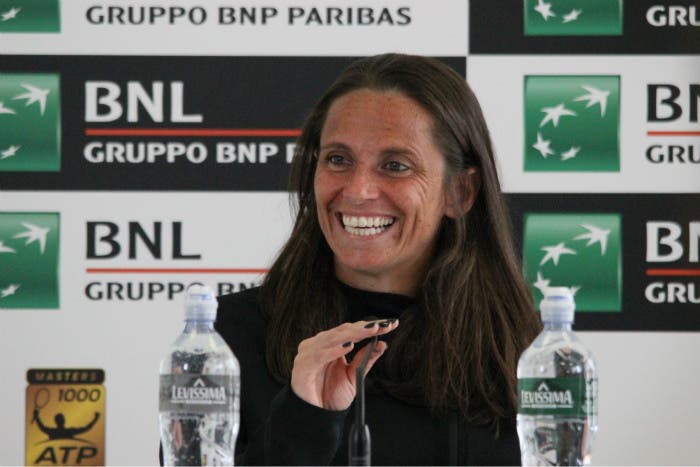 Former US Open finalist Roberta Vinci said in an interview to Italian newspaper La Gazzetta del Mezzogiorno that she would like to coach two-time Grand Slam champion and 2020 Australian Open finalist Garbine Muguruza on the WTA Tour. Muguruza is currently ranked world number 16 in the WTA Ranking.

“I would like to train, because tennis is my whole life and I would like to stay on the court in another role to transfer all my experience. I wish I could train Garbine Muguruza. I think she has a great potential”.

Vinci famously beat Serena Williams in the semifinal of the 2015 US Open before finishing runner-up to her compatriot and friend Flavia Pennetta in the all-Italian final at Flushing Meadows. Vinci also won the Career Grand Slam in the women’s doubles with Sara Errani.

Roberta entertained fans with her elegant style with a lot of variations and her net game and won titles on all surfaces in singles. She withdrew from tennis in 2018 but she is still involved in the world of tennis.

“I try to keep fit, because, after so many years in which the body is used to intense rhythm, if you stop the body it’s the end.I like playing paddle, going to the gym, every now and then still playing tennis”, said Vinci.

Vinci does not miss the frenetic life on the tour, but she has still a strong passion for tennis.

“Tennis has been my whole life and continues to be so. I keep myself updated on tournaments. I have still the passion for the game and above all the awareness of having given everything, without regrets. I don’t miss competitions. I think I have reached the maximum I could, I ama t peace with myself”.

“I don’t think about it, a few years have passed by now. Of course, it’s a shame to have lost, but obviously it had to be like this. She was better than me. I happen to watch ita gain, not because I want to do it, but because they often broadcast it on different channels. However, I never watched from the first 15 to the last. We should ask Serena if she forgave me for that victory”.