‘I Was Difficult For Rafa’ - Toni Nadal Opens Up About Working With The World No.2 - UBITENNIS 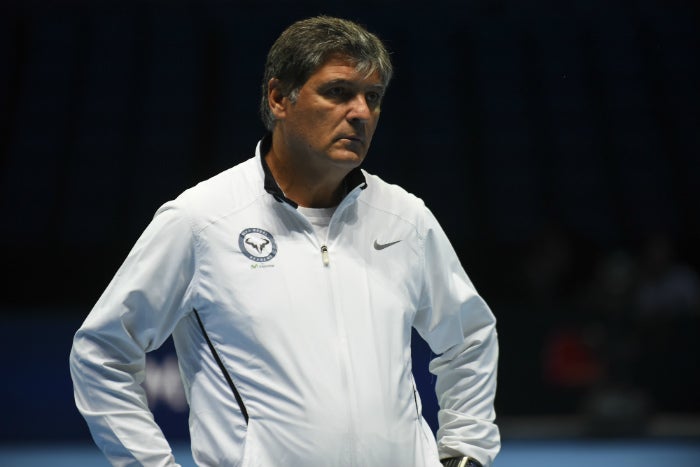 The uncle and former coach of Rafael Nadal has admitted that he was both demanding and difficult for the Spaniard, but believes his approach was necessary.

Toni Nadal was the person who introduced the 19-time grand slam champion to tennis as a child. From then on, he became Nadal’s principle coach until stepping away from the role in 2017. He now works at his nephews academies as well as other ventures. Nadal won 16 out of his 19 major titles with his uncle in his team. Only rival Roger Federer has won more than him on the tour.

“I think the best thing I did with Rafa was the demand I put on him.” Toni told reporters in Mexico last week.
“He was a guy I always asked to do his best, be it in a European Championship or in daily training. It was more difficult for him to train with me than to win a tournament and in the end, that great daily requirement has allowed him to develop his potential to the maximum.”

33-year-old Nadal has achieved various milestones throughout his record-breaking career. He has ended five seasons as world No.1, won a record 12 French Open trophies and has won more clay court tournaments (59) than any other player in the Open Era. Only three players on the men’s tour have won more ATP titles than Nadal, who currently has 85. They are Ivan Lendl (94), Federer (103) and Jimmy Connors (109).

“It is obvious that he has become the best thanks to his talent and effort, but also his ability to work daily with tremendous commitment.” Said Toni.
“I was difficult for him and I must admit that I was sometimes too hard. My methods: They were always aimed at asking him a little more and to make him feel the pressure and maximum demand.”

Nadal is now coached on the tour by Francisco Roig (2005–) and Carlos Moya (2016-). Although Toni remains committed to his nephew and is still seen at times attending his matches.

Prior to the suspension of the ATP Tour due to the Covid-19 pandemic, Nadal has started 2020 with a win-loss record of 13-3 and has already earned more than $1 million in prize money. After featuring in the final of the ATP Cup and the quarter-finals of the Australian Open, he won the Mexican Open. In Acapulco he eased to the trophy without dropping a set in the entire tournament.

As of this week, Nadal is less than 400 points behind Novak Djokovic in the race to world No.1.