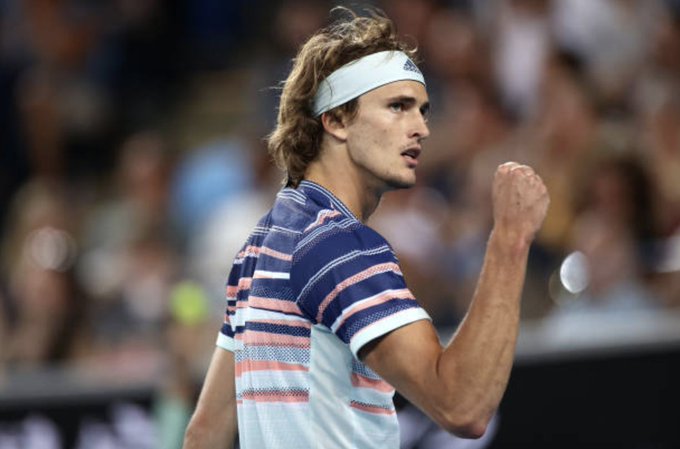 Alexander Zverev cruised into the last 16 after a 6-2 6-2 6-4 win over Fernando Verdasco at the Australian Open.

The German dominated from start to finish as he served 15 aces to blast past Verdasco and reach the last 16 without dropping a set.

Next for Zverev will be Andrey Rublev after the Russian won his 15th consecutive match to edge past David Goffin in four sets.

It was a strong start from Zverev, who uncharacteristically had not needed five sets so far and had preserved a lot of energy.

Although he had struggled against Verdasco in the past, he served well and struck the ball cleanly as he took a 4-0 early advantage.

As for the Spaniard, he was clearly struggling to find any rhythm as he hit 10 unforced errors as well as creating only one break point.

The first set was sealed in 36 minutes and the second set was heading in a similar direction as Verdasco looked lethargic.

Another early break was sealed for the 7th seed as the unforced error count continued to mount for the Spaniard as Zverev created four break points during the set.

Some good use of the angles helped Zverev get another break towards the end of the set as his movement was also looking very good this week.

A 2 set lead was restored for Zverev as he looked to be in control but Verdasco was capable of comebacks before and he made a good start to the third set.

Some more aggressive and accurate play saw him finally take the match to the German and test his opponent’s defensive skills.

There were a few more errors than usual from Zverev as Verdasco upped the intensity and varied the pace of the ball to capitalise and get his first break of the match for a 4-2 lead.

However that wave of momentum didn’t last long for the Spaniard as the German showed good pace from defensive positions.

This allowed him to assume control of the match again and a run of four consecutive games sealed the match as well as a place in the last 16.

A highly impressive first week from Zverev sees him not drop a set so far after looking so underwhelming at the ATP Cup.

The Russian hit 19 less unforced errors than his Belgian opponent as he continued his hot-streak and will provide a stern test for Zverev on Monday.