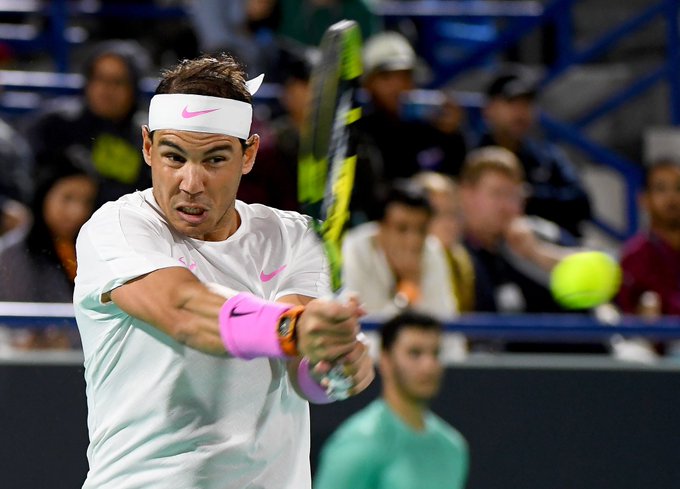 Rafael Nadal seeks further improvements to his game ahead of the 2020 season, which starts on the 3rd of January.

The world number one has already started his preparations for next season after winning the Mubadala World Tennis Championships for a 5th time.

A 3 hour and 12 minute win over Stefanos Tsitsipas secured a record 5th title in Abu Dhabi and a further boost ahead of the start of the season.

However, with the Australian Open looming, the Spaniard is still looking to improve further, “Obviously, winning is important for motivation, but we can’t go crazy,” Nadal exclusively told PuntoDeBreak.

Nadal, who won Spain the Davis Cup in November, will represent his country in the ATP Cup with Spain being in a group with Japan, Georgia and Uruguay. The nine day competition takes place over three cities with Spain beginning their campaign in Perth.

Speaking after winning in Abu Dhabi, the 19 time grand slam champion said he was delighted with the week in the UAE and loves competing there, “It means a lot to me to be able to win again in Abu Dhabi, a tournament that I have already won five times,” Nadal said.

“With this triumph, I close in the best possible way this 2019. It is always a pleasure to come and play here. Every year I have one more year and you never know what will happen. Hopefully in future editions I can be 100% physically and can be here again.”

After the ATP Cup, Nadal will begin preparations in Melbourne ahead of the Australian Open, which begins on Monday the 20th of January.