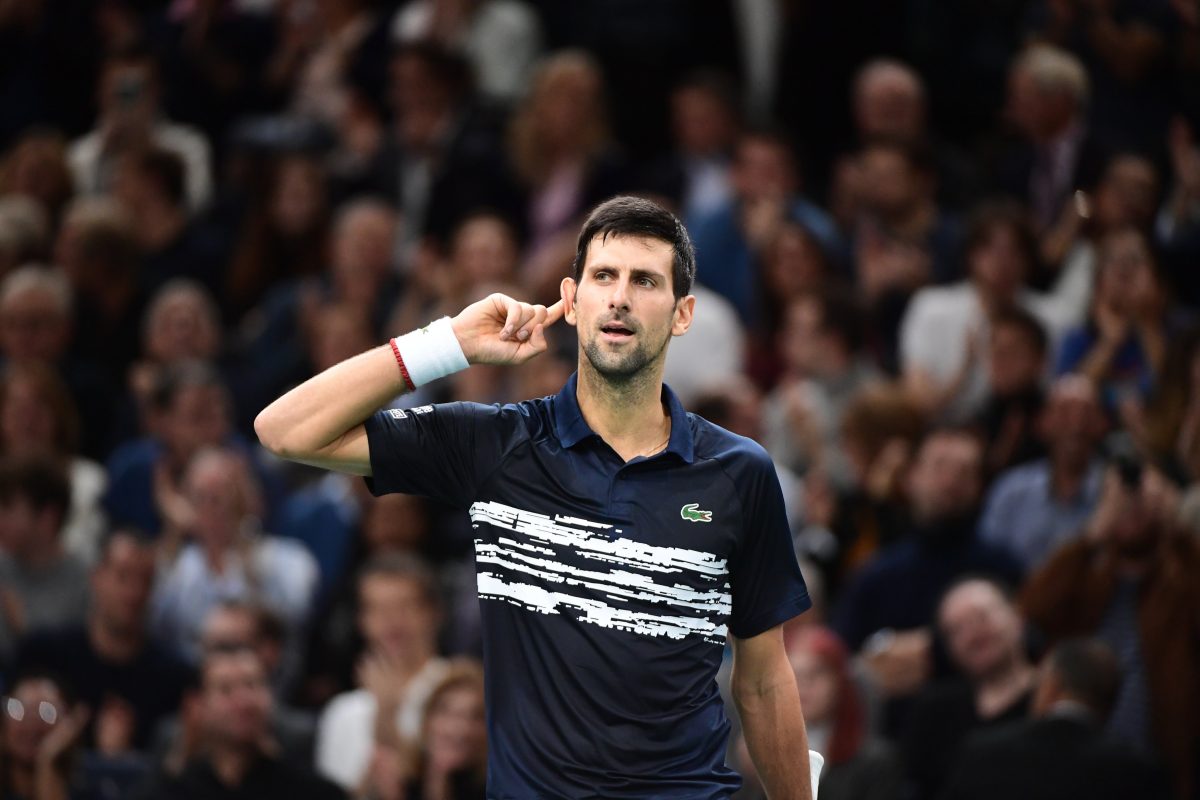 Novak Djokovic is on the verge of drawing level with nemesis Rafael Nadal for the most Masters 1000 titles won in history after claiming a record fifth title at the Paris Masters.

The top seed proved too much for Next Gen star Dennis Shapovalov during his 6-3, 6-4, win in the French capital on Sunday. Making it the fourth time he has defeated the 20-year-old this year. In their latest clash, Djokovic sealed the win with 10 winners to seven unforced errors. A stark contrast to Shapovalov’s more erratic tally of 24 and 22. Furthermore, Djokovic also won 80% of his service points.

“It was a great tournament for me. I didn’t drop a set, I played really well. Especially in the last three matches.” Djokovic told The ATP after.
“I thought that as the tournament progressed, I felt more confident, more comfortable on the court and I was playing better.”

Contesting his 50th Masters final, Djokovic broke once in each set en route to victory. In the opener the Serbian raced to a 3-0 lead in just eight minutes before Shapovalov managed to find his footing on the court. Despite a rise in the level of the Canadian, it was not enough to halt the 16-time grand slam champion as he eased to a 6-3 lead, after exactly 30 minutes of play.

It was a case of deja vu in the second set with a single break proving to be once again decisive. This time it was seven games in after a Shapovalov forehand slammed into the net to reward Djokovic the break for 4-3. In cruise control, the world No.1 closed the match out emphatically with a love service game. Sealing victory with a forehand winner.

“Obviously for Dennis it was his first time playing in a Masters 1000 final. A completely different experience for him. He has done well.” Djokovic said of his opponent.
“I think we both served well today for some reason. Maybe because there are so many people in the stands today it was a bit warmer, so it was easier to serve and quicker (on the court).” He added.

The triumph in Paris is the 77th ATP title the 32-year-old has won. Placing him joint-fifth in the all-time list along with John McEnroe. He is also now one trophy behind Rafael Nadal in the honour of most Masters titles won. Nadal’s record currently stands at 35.

Djokovic has also enhanced his chances of ending the season as world No.1. His points earned from both Paris and London last year will drop off on Monday. Meaning Nadal will return to the top spot with a 640-point lead heading into the ATP Finals.

“I was feeling confident throughout the last three days. That gives me a lot of encouragement going into the World Tour Finals in London.” Djokovic declared. “I have a week to rest, get ready and hopefully have another great tournament.”

Up to 1500 points will be up for grabs at the ATP Finals, which will get underway next Sunday. The draw for the tournament will take place on Tuesday.

Rafael Nadal To Undergo MRI Scan On Day He Returns To No.1