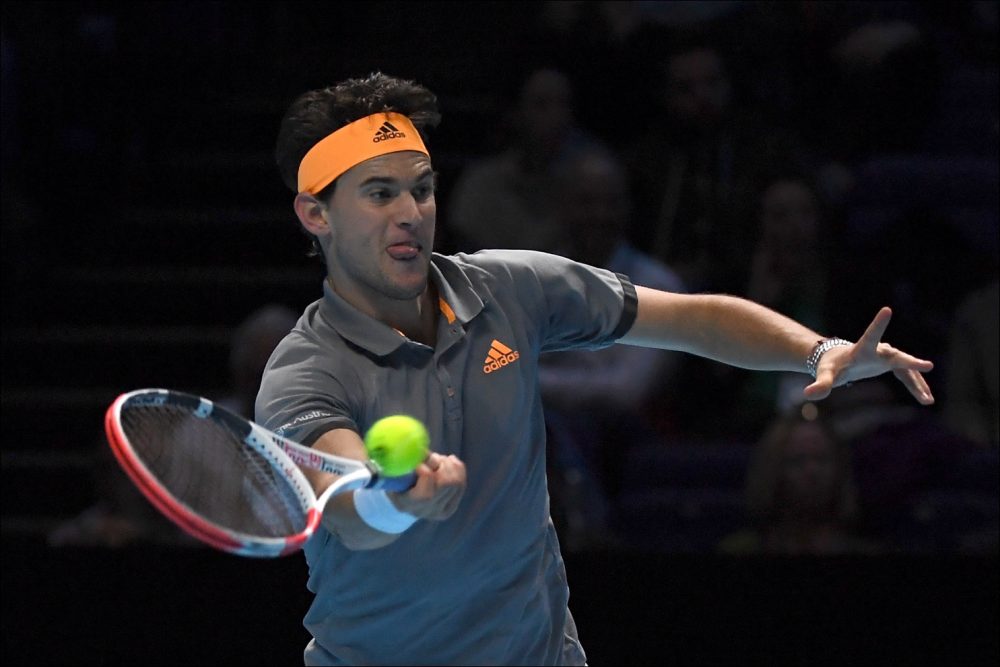 LONDON: Dominic Thiem isn’t going to be losing any sleep over his latest loss at the ATP Finals with the ultimate prize still in his sight.

Thiem, who qualified for the semi-finals of the tournament of Tuesday, was far from his best as he slumped to a straight-sets loss to Matteo Berrettini. Who has become the first Italian in history to win a match at the event. It is hard to read too much into Thiem’s latest performance with him openly admitting that his focus was on his upcoming semi-final clash. Highlighting one of the drawbacks of having a round-robin tournament with some matches providing irrelevant to the overall standings.

“Of course I was still trying to win that match, but also, at the same time, I knew in my head that I have to take care (of my body) for Saturday because obviously, it’s the way more important match,” Thiem explained during his press conference.
“I’m really trying to get the body going 100% for Saturday, and it wouldn’t be that smart if I would have another three-hour match today.”

The comments do not mean that Berrettini just had a walkover win and he was made to work for the victory. Which levels the head-to-head between the two players to 2-2. However, both would admit that with not much on the line there was a lack of intensity.

“I think that today was maybe even the weakest compared to those three (matches).” Thiem states.
“We had a great one in Shanghai. We had a great one in Vienna and also here. Of course, it affected a little bit that both of us, we couldn’t do anything about the standings in the group anymore.”

The 26-year-old has certainly illustrated his worthy candidacy to lift the title on Sunday in London following his previous triumphs. Earlier this week he scored back-to-back wins over Roger Federer and Novak Djokovic. Should he end up playing Nadal over the weekend and win, he would become the first player to defeat all members of the Big Three in the same tournament since David Nalbandian at the 2007 Madrid Masters.

There is still a way to go for Thiem to clinch the biggest title of his career to date. The Austrian believes he if he does manage to win the tournament, any other title is not off-limits for him.

“I think that maybe this tournament is the most difficult to win because you have to beat five top 10 guys in a row. Okay, you can afford to lose one match maybe, but still, I’m 100% sure that if you win this title you can win, as well, any other title.” He explains.
“I haven’t done it yet, but I think that if you win this title, it gives you a lot of confidence for Australia (Open) because it’s the closest, but for the full next year as well.”

Few can dispute the fighting spirit of the Austrian on the court in London. However, after a long season, he admits that he isn’t fully healthy. A situation his rivals also find themselves in. Although some are struggling more than others at present.

“I’m not 100%, but it didn’t affect me in these three matches,” Thiem admits. “That’s why I also really need to be careful because I really hope I have two more matches so I can give all that I have and my own 100% in the remaining two matches.”

Thiem could play one of three players in the semi-finals depending on the outcome of Friday’s matches. Awaiting him will be either Stefanos Tsitsipas, Alexander Zverev or Daniil Medvedev. The only way he can play Nadal is if they both progress to the final.