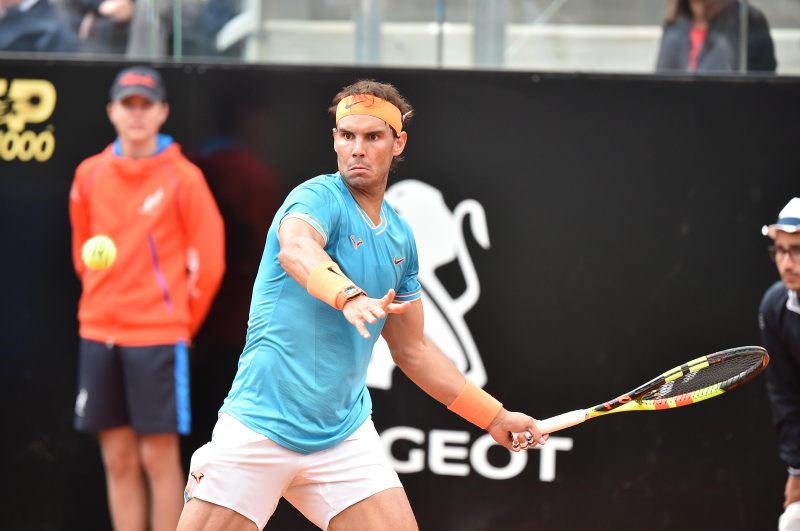 World No.2 Rafael Nadal has become the latest player to call for the two premier team events on the men’s tour to join forces in the near future.

From 2020 the Davis Cup Finals and ATP Cup will take place with less than two months separating them. November will mark the start of the revamped Davis Cup Finals in Madrid, where 18 teams will feature in a week-long round-robin format. Then in January will be the launch of the ATP Cup in Australia, which has both ranking points and prize money up for grabs. A series of high-profile players have already committed to play at both events, including Nadal and Novak Djokovic. However, the Spaniard has his concerns.

“Of course we need to fix a couple of more things on the tour to make a big, big competition. I think two team tournaments, Davis Cup and ATP Cup in one month, is something that, in my opinion, is not good.” Nadal told reporters in Paris on Sunday.
“My feeling is we need to create one big, big competition to stay together. ITF, ATP, that’s a good opportunity to make that happen and we need to make that happen.” He added.

Nadal is not alone in his calls for a potential merger with rival Djokovic saying the two events taking place in close proximity in the long-term is ‘not sustainable.’ However, trying to find a resolution is not so simple. The ITF and ATP are separate governing bodies in the sport with their own agenda of investing millions into their events. On top of that is the Laver Cup where Europe take on the rest of the world. Co-founded by Roger Federer’s Team8 Management company, the event secured a place on the ATP Calendar earlier this year.

“We have to remember they are only six weeks apart. To have two huge competitive team events in our sport so close to each other I don’t think in the long-term that’s sustainable. That probably needs to change.” Djokovic commented during the Shanghai Masters.

With the Davis Cup, it remains to be seen how much of a hit the new format will be with players. Some have criticised the changes as being too radical and even destroying the historical aspect of the 119-year-old competition. Kosmos founder and football player Gerard Pique is one of the driving forces behind the changes.

Whilst some may have their own reservations, Nadal says he will enter the competition with an open mind. Urging his fellow players to play the event before casting their verdict.

“I can’t think much (about the Davis Cup) because the thing is you need to try it to have a real opinion.” He stated.
“There are things in the old format that have not been working well. There’s other things that have been working well.’
“When this kind of stuff happens, you need to find solutions, so the solution was that and let’s see what’s going on.”

Prior to the team events, Nadal’s immediate focus this week is on the Paris Masters. An event he is yet to win in his career.

Guy Forget thinks that more experienced players will be on top, when the tour resumes