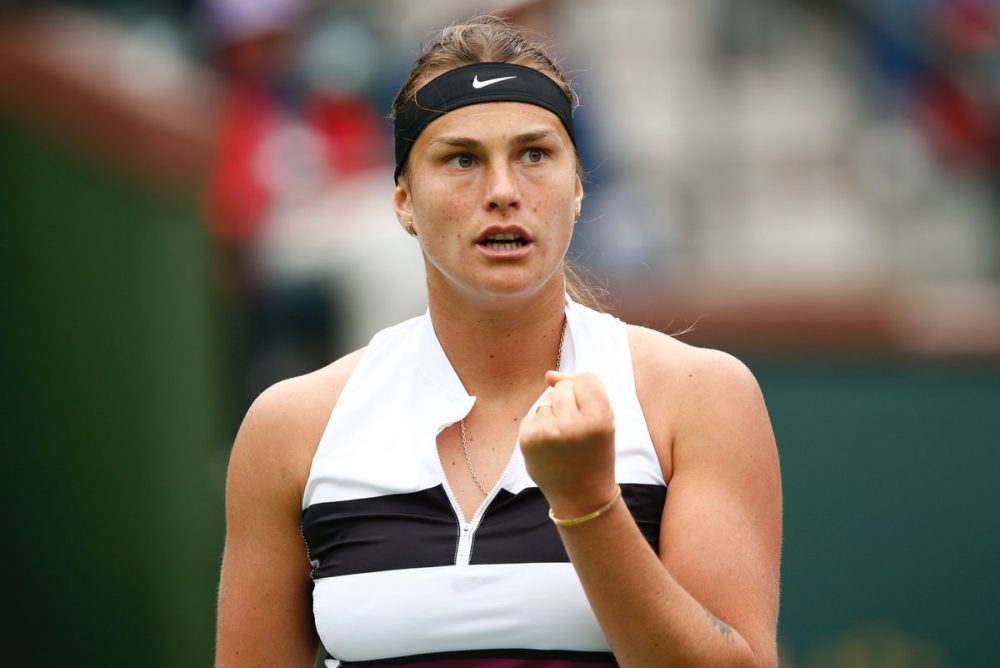 Belarus’ Aryna Sabalenka has ended her season on a high after defeating the top seed to win the WTA Elite Trophy on Sunday.

The world No.14 proved too strong throughout her 6-4, 6-2, win over Kiki Bertens. A player who she had only beaten once in her five previous meetings against. In their latest clash, Sabalenka was dominant behind her serve as she won 81% of her first service points without facing a single break point. Furthermore, she also hit 17 winners to 14 unforced errors.

The latest victory continues Sabalenka’s love affair with China. She has now won four out of her five career titles in the country. Including Wuhan and Shenzhen this year. At the Elite trophy she was she undefeated throughout the round-robin tournament with wins over Maria Sakkari, Elise Mertens and Karolina Muchova earlier in the week.

“Well, it seems I like to play in China and China likes me too,” she said after her latest triumph. “It’s been a crazy year… I’m happy to finish it with a title and hopefully there are many more to come.”

After both players getting off to a solid start, Sabalenka struck at 5-4 by breaking Bertens to snatch the opening set. Meanwhile, in the second set she broke two more times. Once at the start and then again in the final game to seal her third title of 2019.

Bertens is the fifth and final top 20 player Sabalenka has defeated this year (in singles). She had also previously scored wins over Elise Mertens, Caroline Wozniacki and Ash Barty. Bertens is the only player in the group she has managed to defeat on multiple occasions. She will now rise to 11th in the WTA rankings when they are updated on Monday.

Despite their Sunday clash, there will be no time for either Sabalenka or Bertens to rest. Both will now head to Shenzhen for the WTA Finals. Sabalenka has qualified for the doubles tournament alongside Mertens. Meanwhile, Bertens is the first alternate for the singles draw.