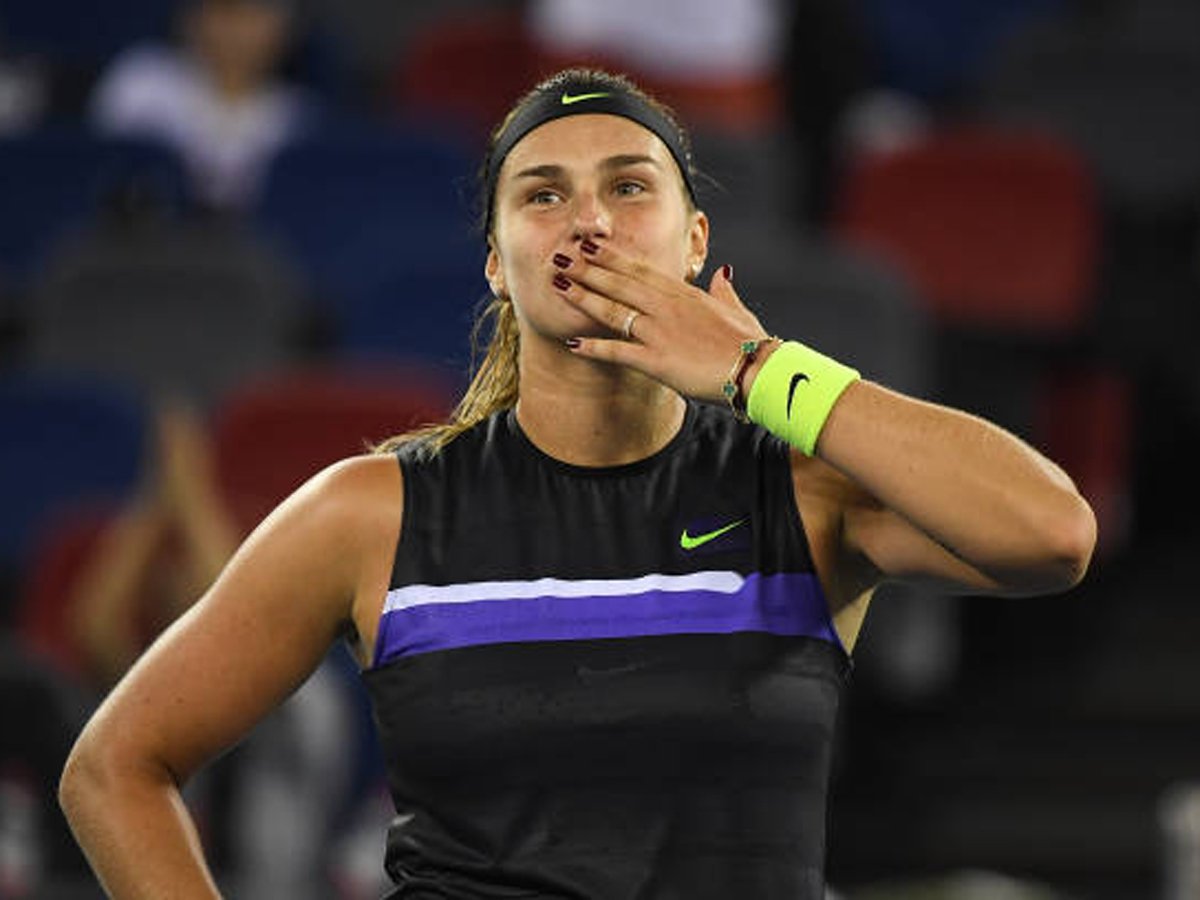 Aryna Sabalenka edged out Alison Riske 6-3 3-6 6-1 to claim her second consecutive title at the Wuhan Open.

The Belarusian became the first player in history to successfully defend her title in Wuhan after overcoming the American in three sets.

Despite Riske’s aggressive game style, Sabalenka managed to outlast her opponent and eventually cruise to her second Wuhan title.

It is the second singles title of 2019 after winning Shenzhen at the start of the year where she also beat the unorthodox American.

Unlike their meeting in Shenzhen, Sabalenka was the one who got the quicker start as she won five of the opening six games to hold a comfortable early lead.

Although Riske managed to gain one of the breaks back, the Belarusian powered to the opening set with some powerful shot-making.

After converting the third set point, it was a much slower start for the ninth seed in the second set as she was forced to save a couple of break points in a long second game.

Despite not converting break points in the second game, the American who has had a phenomenal second half to the season got her reward.

Some offensive backhands forcing the errors from Sabalenka to get the crucial break in the sixth game and managed to hold her momentum to force a decide.

However it was meant to be the world number 14’s day as she blitzed past Riske and never saved break point in the entire set.

An 18th ace of the match sealed the win and an important week in the midst of turmoil within her own game and her own season.

After the match, Sabalenka thanked her team for sticking with her throughout the year, “Thank you very much that you stayed with me doesn’t matter what. I know it’s really tough to work with me, believe me, thank you,” Sabalenka said in her post-match speech.

Now the Belarusian heads into the China Open with a lot of confidence and a steady singles ranking to build heading into next season.