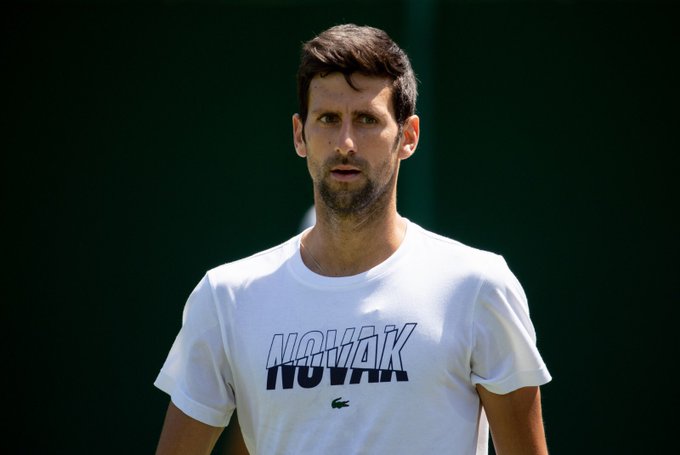 Whilst the three forces of men’s tennis are tipped to once again dominate this year’s US Open, world No.1 Novak Djokovic is taking nothing for granted.

The Big Three has dominated the landscape of grand slam tennis in recent years and has won the past 11 major titles. Between them Djokovic, Rafael Nadal and Roger Federer have triumphed in 54 out of the last 65 grand slam tournaments. Underlining their status as some of the greatest players to ever play the sport.

However, the US Open is not free of surprises in the draw. In fact, four other players have managed to win the title over the past decade. Juan Martin del Potro in 2009, Andy Murray in 2012, Marin Cilic in 2014 and Stan Wawrinka in 2016. A stark contrast to the other grand slam events. Within the same period, only Stan Wawrinka has triumphed at both the Australian and French Open tournaments. Meanwhile, Murray is the sole person to upstage the Big Three at Wimbledon.

So what makes the US Open so different?

“Well, maybe what I would point out is this Grand Slam is the last Grand Slam of the year. So some players maybe might have been more exhausted, less freshness in the legs, so to say, than is the case, for example, in Australia is the beginning of the season,” Djokovic explained during his press conference.
“Because it’s a long season, it’s a lot of surfaces that you have to change and it takes a toll on your body.
“So maybe that’s the case why this tournament has provided some different names from the big three, big four that have won the major title.
“Nevertheless, Del Potro and Cilic are not the outsiders, so to say. They have been in top of the men’s game, played finals of other slams. They deservedly won this title at least once.”

Top seed Djokovic breezed through his first round match against Roberto Carballés Baena. However, it was a different story for Federer, who dropped a set before defeating India’s Sumit Nagal. The world No.3 admitted to being ‘rusty’ in his match as he admitted that a recent lack of match play has hindered him.

“I played a little bit like my beard, rusty.’ He said.
“Yeah, I mean, you can see that way that I haven’t played so much. But I feel like I played a lot this year. I don’t want to say like I feel my body.”

Despite Federer’s blip, he along with Djokovic and Nadal remains the key contenders for the title. Although Kei Nishikori believes the dominance of the trio will end sooner than later.

Nadal is the only member of the trio yet to play his opening match at the US Open. He takes on John Millman in the first round on Tuesday. The player who knocked Federer out of the tournament last year.

The big three in grand slams

Related Topics:2019 US OpenNovak Djokovic
Up Next