Kei Nishikori Hopeful Of Taking Down The Big Three, But Not At The US Open - UBITENNIS 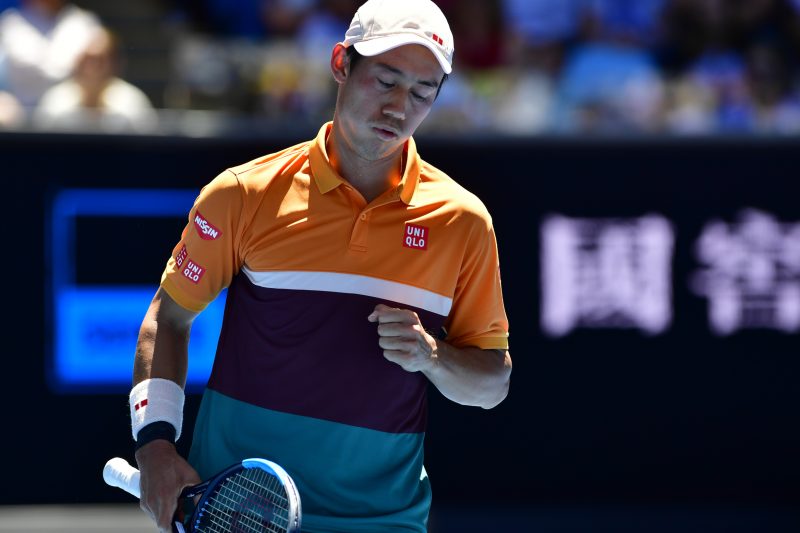 Whilst he is yet to win a grand slam title Kei Nishikori does belong to a unique group of players at the US Open.

It was at the tournament back in 2014 when he reached the final before losing to Marin Cilic. Becoming the first ever player from his country in the Open Era to do so. Nishikori is one out of six players not belonging to the Big Three to reach the final of Flushing Meadows over the past decade. The Big Three is a group consisting of Rafael Nadal, Novak Djokovic and Roger Federer. Nishikori currently has a win-loss record of 7-35 against the trio.

“I hope I can be the one to beat top three, but I feel like those three guys are still different level.” He told reporters in Flushing Meadows on Monday.
“Last year Thiem played a great match against Rafa here (at Flushing Meadows), and I think a couple of guys are getting closer. Of course Sascha (Zverev) is a great player and a couple young guys, Felix, Shapovalov, Kyrgios, are coming up, too.”

The 29-year-old is, however hopeful that the landscape of men’s tennis will change in the near future. Paving way for the players such as him to triumph at the biggest tournaments. Taking note of some of his rivals who have managed to make a mini breakthrough. The most recent of which being Daniil Medvedev, who won his first Masters title in Cincinnati just over a week ago.

Seeded seventh in New York this year, Nishikori dropped only two games in his opening match. Taking on Marco Trungelliti, he eased to a 6-1, 4-1, lead before the Argentine was forced to retire after 47 minutes. Leaving the Japanese player with mixed emotions.

Besides finishing runner-up in 2014, Nishikori has also reached the semi-finals of the tournament on two other occasions including last year. His win-loss record at the US Open now stands at 24-9.

In the second round Nishikori will play world No.108 Bradley Klahn, who defeated Brazil’s Thiago Monteiro in straight sets.

Related Topics:2019 US OpenKei Nishikori
Up Next

Novak Djokovic Makes A Winning Return To The US Open