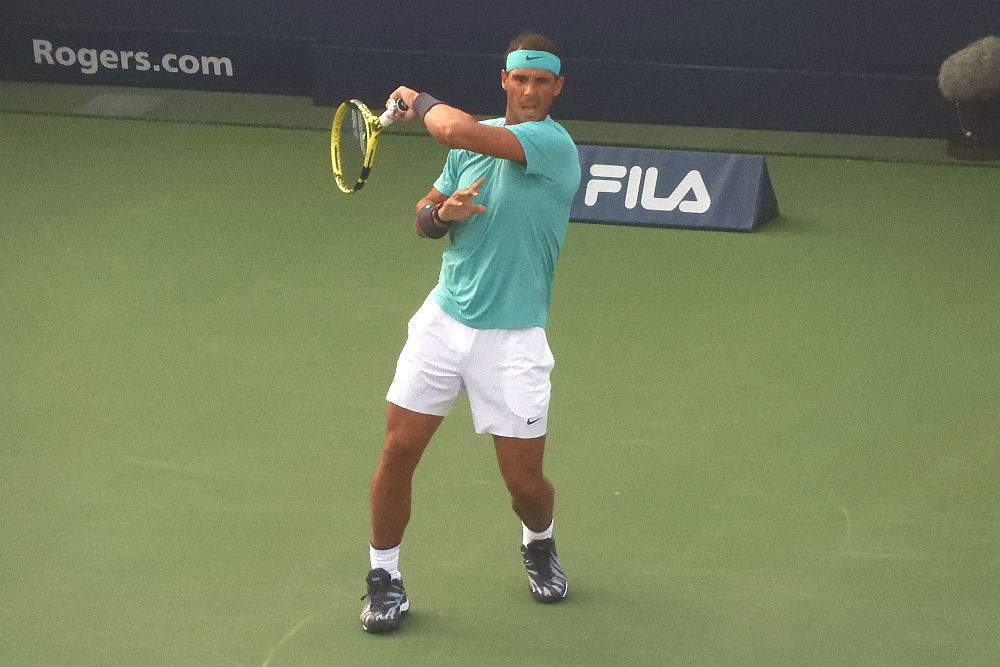 For Rafael Nadal hard court tournaments had given him both pleasure and pain throughout his illustrious career.

At one stage it looked like the former world No.1 would give up altogether playing on the surface. Between 2018-2019, he was forced to retire or withdraw from 12 out of 13 hard court tournaments he had entered. Due to a variety of injury-related issues concerning his knees, abdomen and more. Yet still, he enters the upcoming US Open as one of the big favourites for the title.

Nadal is the only member of the Big Three to have won a trophy leading up to Flushing Meadows. Successfully defending his title at the Rogers Cup in Canada. Making it the first time in his career he had defended a hard court title on the ATP Tour.

“Of course, arriving to the big events with good feelings helps,” the world No.2 said during media day at the US Open on Friday. “My last events have been win Rome, win in Roland Garros, semi-finals in Wimbledon, and winning Montreal. That’s a positive feeling, positive memory on my mind. That helps for the confidence.”

The talent of the Spaniard has never been disputed. His resume currently features 83 ATP titles and 196 weeks as world No.1. Furthermore, he has won more titles on the clay than any other player. Including a record 12 at the French Open.

It is the body of the 33-year-old that prompts anxiety around his camp. Last year he was forced to retire from his semi-final match at the US Open due to his right knee. Suffering from the effects of some lengthy matches that took place prior to the semi-finals. However, this year round, Nadal is more upbeat about his current health.

“My feeling on the knees are better this year than last year,” he said. “Last year the problem was I played three or four very, very long matches. That’s tough…
“I hope to be ready for it. I think I am playing well. I am practising the right way during these days. Of course, winning in Montreal helps. I am ready for the action.”

Growing up in the Spanish town of Manacor, Nadal believes his somewhat ordinary upbringing has been a key factor to his success as an athlete. With 18 grand slam titles currently to his name, only Roger Federer has won more than him.

“You need to be prepared for the tough moments,” explained Nadal.
“If you overprotect the young kids when they have problems – because in life you are going to have problems at some point – probably they are not very well-prepared.
“Probably that’s one of the reasons I have been able to be very competitive at very young stages of my career.
“I probably got a normal education, not like superstar education. I just played on the street with my friends.
“I had a very really normal life. That helps you to grow with the normal education.”

Nadal has achieved a win-loss record of 58-11 at the US Open so far in his career. He will play John Millman in the first round. Millman was the player who knocked Federer out of the tournament 12 months ago.

Related Topics:2019 US OpenRafael Nadal
Up Next