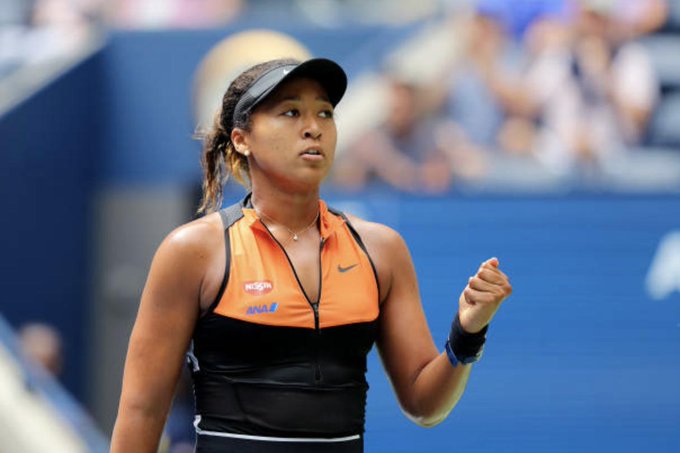 World number one Naomi Osaka opened her US Open title defence with a 6-4 6-7(5) 6-2 win over Anna Blinkova.

The defending champion showed nerves at times but ultimately prevailed in a three set contest against an inspired opponent. Next for Osaka is Magda Linette, who won the Bronx title last week.

There were also wins today for Petra Kvitová and Julia Goerges as round one action concludes at the US Open today.

Most of the talk heading into the US Open for Osaka was about her knee as she walked onto court with some protection around it.

This must have played a psychological factor in the match early on as the Japanese star lacked the aggression needed in the opening stages.

Although Osaka wasn’t on her game, her Russian opponent clearly was as she took a 3-0 lead with some aggressive forehands.

As the set wore on, the defending champion’s game started to come together as she was moving around the court much better.

On the other hand, Blinkova was starting to increase her unforced error count and started to feel the pressure coming from the other side of the net.

A run of five games sealed the first set from the world number one as she remained composed and started to play the type of tennis that won her the title last year.

Both women were more evenly matched in the second set with both playing near enough their best tennis of the match so far.

Towards the end of the set Osaka was struggling with her first serve percentage as she was under a lot of pressure from Blinkova, who was powering returns back with depth.

After saving three set points, the world number one showed her champion qualities to break to love and serve for a straight sets victory.

But as often has been the case with the top seed this season, it was never going to be that simple as she couldn’t convert match point.

Some guts and forcing the errors saw Blinkova battle back to not only break back but also take the second set tiebreak 7-5. Game on.

Although nerves took over Osaka’s game at the start of the third, the world number one managed to cruise through the final set with free-flowing tennis.

Another devastating forehand was enough to seal a three set win to start her US Open title defence. After the match the top seed admitted she was nervous, “I don’t think I’ve ever been so nervous in my life. I don’t think I ever really found my rhythm but I just fought as hard as I can,” Osaka explained in her on-court interview.

Next for the defending champion is Magda Linette after her 6-3 6-4 win over Astra Sharma.

Related Topics:2019 US OpenNaomi Osaka
Up Next