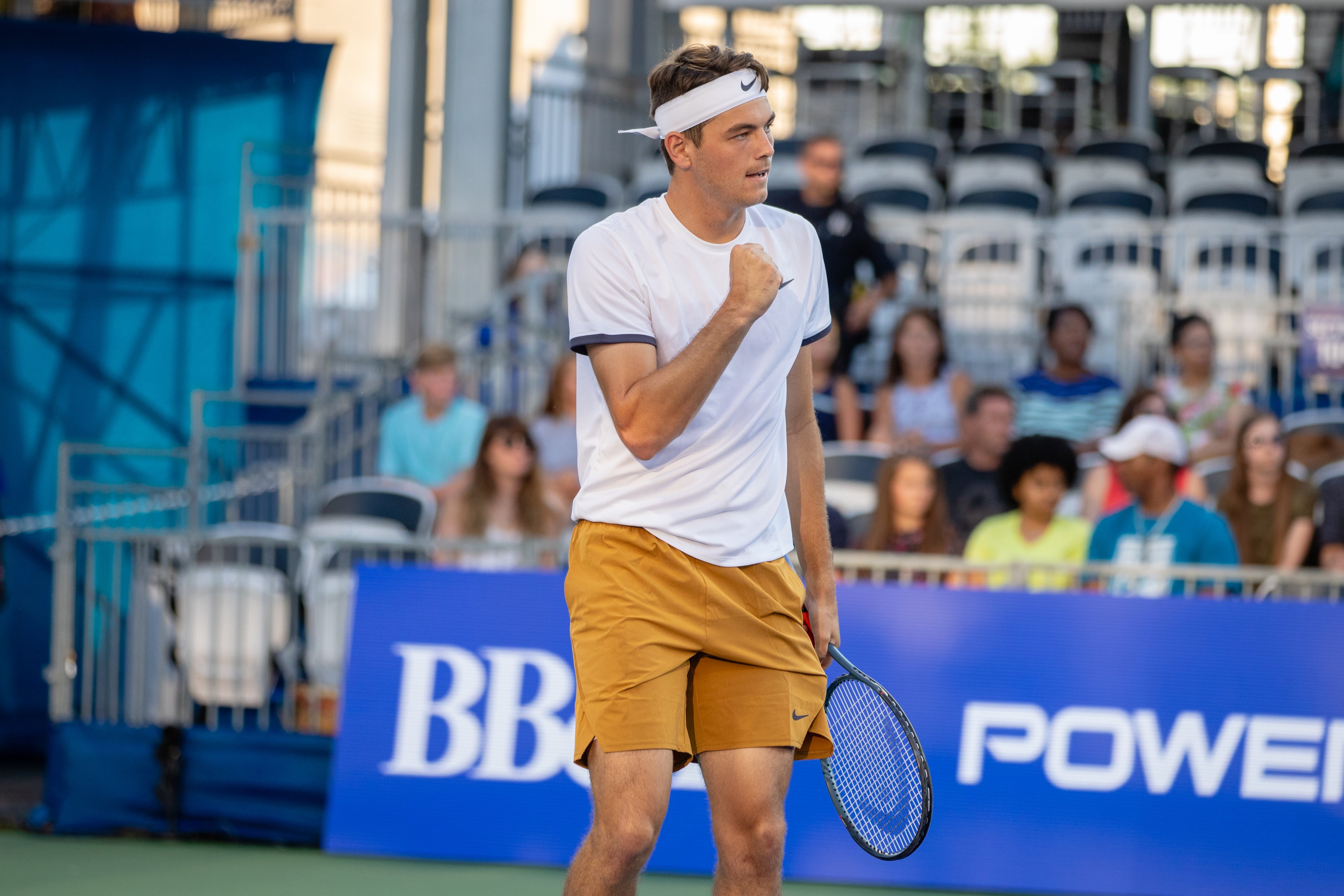 Taylor Fritz continued his recent momentum in 2019 as he beat Miomir Kecmanovic 6-1 7-6(1) to reach the Atlanta semi-finals.

It’s been a season that keeps getting better for the 21 year-old, who already won his first ATP title in Eastbourne this year and will now surpass his career high ranking on Monday.

Now Fritz is into the semi-finals in Atlanta after beating Serbian rising talent Miomir Kecmanovic in straight sets to reach the last four.

The win sealed his 30th win of the season and his fourth semi-final of 2019, so it’s no surprise that the American is pleased with his form at the moment, “I’ve been playing really well,” Fritz said to atptour.com.

“I had an ankle injury that took effect in [February] and was bugging me until the start of the clay-court season. I put in a lot of work as soon as my ankle allowed me to and I’ve been playing so well since then. The only losses I’ve had lately are to quality players who are playing great tennis. I couldn’t be happier.”

Next up for the in-form Fritz is his doubles partner for the week Cameron Norrie after the Brit defeated Australian Alexei Popyrin 7-5 6-4.

A break of serve on four occasions helped Norrie overcome the talented Australian to seal his place in the semi-finals in Atlanta.

In the doubles Fritz and Norrie reached the quarter-finals before being edged out by second seeds Dominic Inglot and Austin Krajicek, so focus now turns to the singles.

Meanwhile in the top half of the draw, Alex De Minaur has reached his first ATP semi-final since winning the title in Sydney in January.

After struggling for form due to injuries for most of the year, the Australian reached the last four after compatriot Bernard Tomic retired at 6-2 3-0 down.

With limited time spent on court this week, De Minaur seems happy at his work as he prepares for a last four clash with Reilly Opelka next, “The less time you can spend on court is always to your advantage,” De Minaur told the ATP website.

“It’s going to be hopefully some hot, humid weather, which I was expecting coming into this week. I’m happy to be where I am and now onto the next [match].”

The result sees the American in his first semi-final since winning his maiden ATP tour title in New York in February.

Related Topics:Taylor Fritz
Up Next