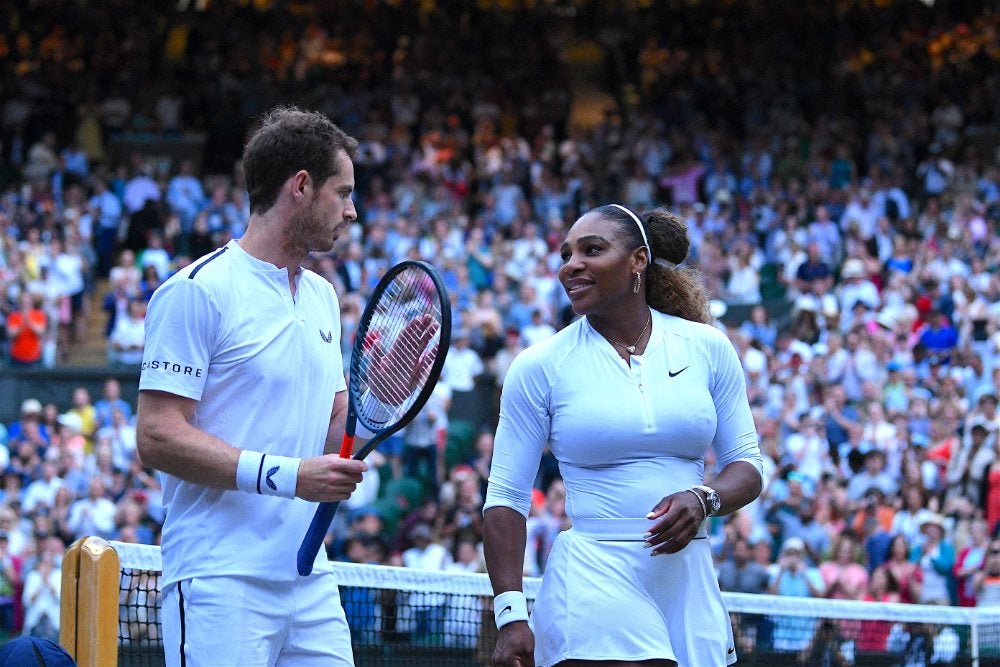 WIMBLEDON: There was one common theme during Andy Murray’s post-match press conferences at Wimbledon and Serena Williams certainly noticed.

The two former world No.1 players journey in the mixed doubles came to an end on Wednesday at The All England Club. It was a rare occurrence for Williams, who hasn’t played in the discipline at the tournament since lifting the title back in 1998. Reflecting on their time together, they were both asked if they noticed anything about each other during their media duties.

“Andy gets asked every question about his body and the US Open. Literally every question in a different way, but it’s the same question.” Williams replied with a smile.
“It’s great for me because I get to sit here and just look. My thing is just to stay focused and not look like I’m daydreaming. But it’s nice because I love him having all the attention. It’s so good. It’s such a relief.”

Murray is on the comeback from a second hip operation and Wimbledon was only his third tournament. At present, he is focusing solely on the doubles until his body is fit enough to play singles. Although it is unknown when that will be and Murray is keen to not place a timeframe on any potential return to the ATP Tour as a singles player.

The Brit was asked the same question about any differences in their media duties. Murray was unsure, but Williams couldn’t help poking fun at the questions he has been receiving. Paving way for a light-hearted exchange that prompted laughter throughout the media room at Wimbledon.

While Murray leaves the tournament, Williams will return to the court tomorrow. She will play Barbora Strycova in her semi-final match as she bids to win her 24th grand slam title.