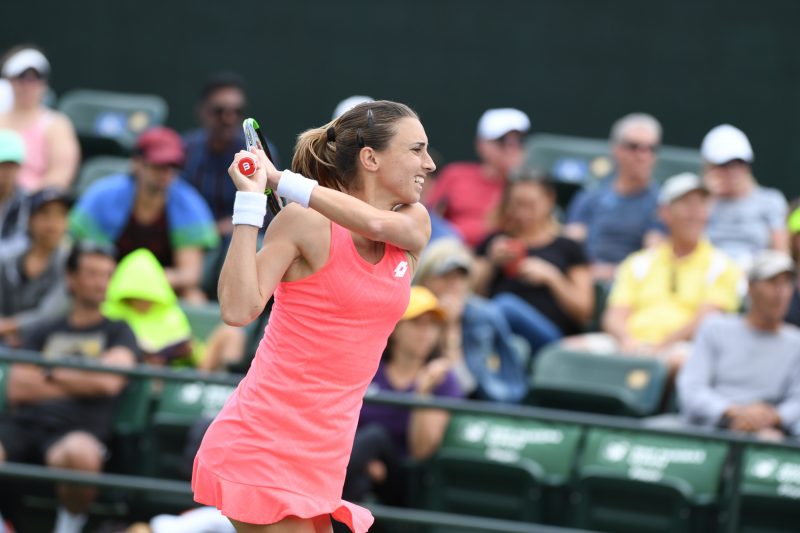 On the 10th anniversary of her grand slam debut at the French Open, Petra Martic has achieved her best ever performance in a major.

The 28-year-old came into the tournament high in confidence after triumphing at the Istanbul Open to claim her first-ever WTA silverware. It has been a long time coming for Martic, who first broke into the world’s top 50 back in 2011. During what has been a turbulent journey for the Croat, she has had her fair share of injury issues. Including a back problem that sidelined her for 10 months between 2016-2017.

Those previous struggles are now a distant memory for Martic, who booked her place in the last eight at Roland Garros on Sunday. Making it her best run at a grand slam. She did so with a hard-fought 5-7, 6-2, 6-4, win over Kaia Kanepi. An unseeded, but a dangerous Estonian player who has already reached the quarter-final of a major on six previous occasions.

“It was tough mentally for me today, especially because I was defeated four times before in the fourth round, so it really felt like I was doubting whether I was ever going to get that fourth round.” Martic reflected afterwards.
“Two years ago. I was two points away (from winning). Didn’t happen. Today it played a role in my mind. It was not always easy to focus on my game, but I really just — I just tried to fight as hard as I could, and thank God, I finally made it.”

Martic’s milestone has been achieved under the guidance of coach Sandra Zaniewska. A former top 150 player from Poland who retired from the sport in 2017 at the age of 25. The decision to hire somebody with a small amount of coaching experience was a bold move, but one the world No.31 is happy she made. Even if she received some criticism from others at first.

“When I started working with her, everybody was doubting my decision.” She said. “People underestimated it, people even laughed at it, said I did a crazy thing, what am I doing? I’m not serious about my career because she’s so young and inexperienced.”
“But I always knew, I heard this girl talking about tennis and I knew she knows what she’s doing.
It was a pretty bold move, and I was a bit shaky at the beginning, because I also wanted to prove that I did the right thing.”

It is hard to question her decision. She has now won 15 matches on the clay this season. The highest amount on the WTA Tour to date. Earlier in the French Open, she dropped only six games on route to stunning second seed Karolina Pliskova.

Bidding to become the first woman from her country to reach the semi-finals of the tournament since Iva Majoli back in 1997, Martic faces a rising star of the game next. Markéta Vondrousova dropped only two games in her fourth round clash with a fatigued Anastasija Sevastova.

“I know her pretty well. We played three, four times already in the last year and a half. I know her on and off the court. I think she’s a great player, great person.” Martic said of Vondrousova.
“I’m really looking forward to this match. I think it’s going to be a fun one. She’s also got a few tricks in her game, but I like that. It’s going to be fun, I think.”