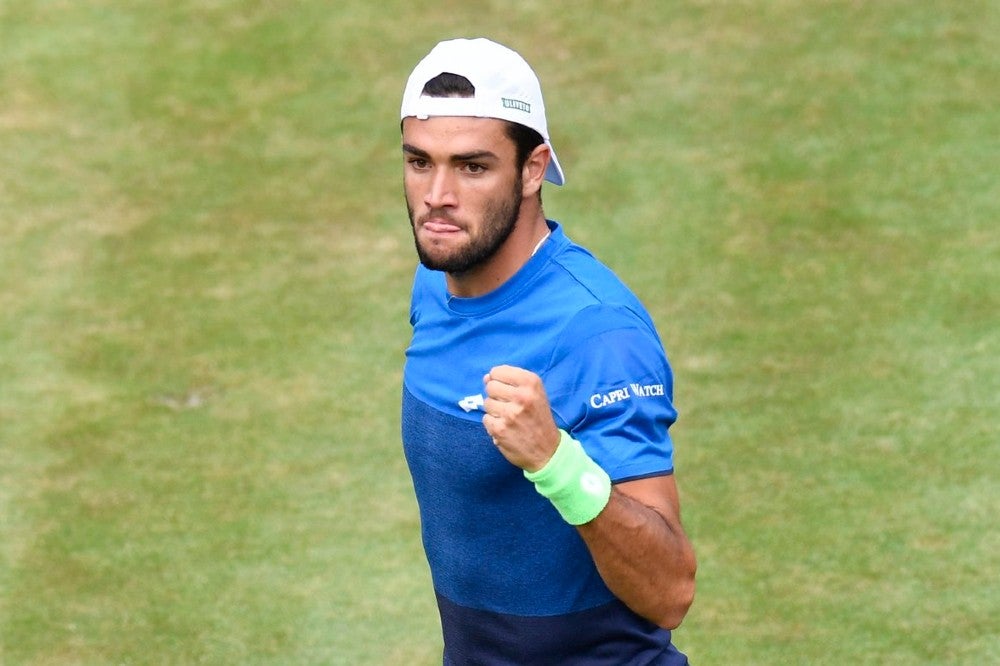 Italian 23-year-old player Matteo Berrettini beat Felix Auger Aliassime 6-4 7-6 (13-11) in the final of the Mercedes Cup in Stuttgart to claim his third title from four finals in the past 18 months and his second title in 2019 after Budapest. He also finished runner-up in Munich last May. In the roll of honour of the Stuttgart tournament Berrettini follows in the footsteps of Roger Federer, who won last year’s edition of the German tournament.

Berrettini breaks into the top 30 and makes a big step forward in his career by getting closer to the top 20.

Berrettini has become the first player to win a tournament on grass since Andreas Seppi at Eastbourne 2011.

Berrettini served very well winning all 50 of his service games and won 89 % of his first serve points in this tournament. He was again very solid on serve in the final, where he did not face any break points against Auger Aliassime. Berrettini won five matches in straight sets and faced only two break points against Germany’s Jan Lennard Struff.

The Canadian teenager, who was bidding to win his maiden ATP title, hit 16 aces and fended off five of the six break points he faced.

Berrettini earned the first break in the third game, when Auger Aliassime netted a backhand. The Italian player served well in the next games and held his serve with a volley winner to claim the opening set 6-4 after 32 minutes.

Auger Aliassime saved five break points in the first and fifth games of the second set (recovering from 0-40 down at 2-3) and held his next service games to set up a tie-break. The young Canadian wasted two set points at 6-4 in the tie-break. Auger Aliassime was looking to become the youngest ATP singles champion since Kei Nishikori at Delray Beach in 2008.

Berrettini saved all five set points, while he was serving at 6-7, 8-9 and 10-11 and got a mini-break on the 24th point to claim the win on his third match point.

Berrettini has become the first player to reach the semifinal on three different surfaces this season (Sofia indoors, Munich on clay and Stuttgart on grass).

“On grass, the first tournament of the year on this surface beating these unbelievable guys, there were a lot of tough moments. I never lost my serve, but all the matches were so close and I am very happy for what I did on the court because it was mentally really difficult to stay there and I am really proud of myself”, said Berrettini.

Last year just two players won tournaments without being broken during the whole tournament: Novak Djokovic in Shanghai and Alexander Zverev in Madrid.

Related Topics:matteo berrettini
Up Next