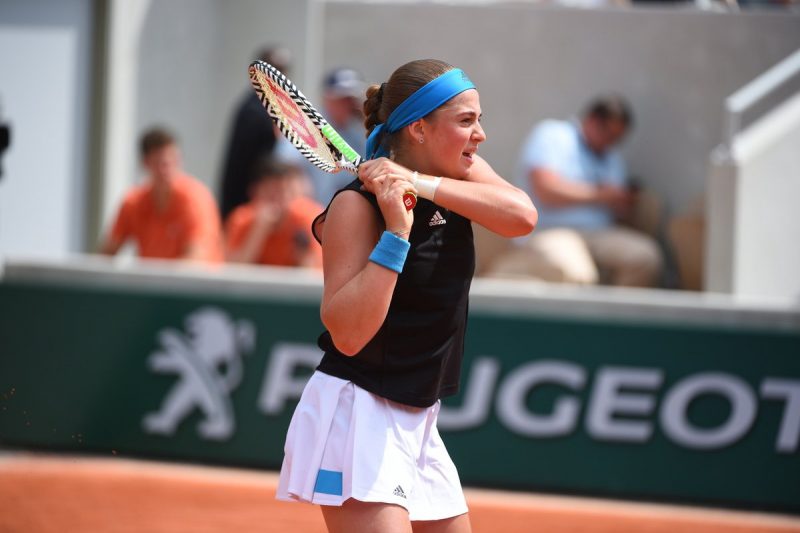 Jelena Ostapenko swept aside Polish qualifier Iga Swiatek 6-0 6-2 in a dominant display in the first round of the Nature Valley Classic in Birmignham.

It is a result that goes completely against the form book because the Latvian lost 16 of the 23 matches she played in 2019 before today and had only won once since 3 April.

By contrast, her opponent, 18, won 26 of the 36 matches she played this year before this encounter. She also made a suprise run to the quarter-final of the French Open.

Ostapenko attributes her superb performance to her state of mind. “If you have too many thoughts in your mind, it is very tough to play your best because those thoughts always distract you,” she said. “When your mind is free, it is much easier to play. That’s how I was today.”

The Latvian, who has slipped from her career-high of 5 to her current ranking of 37, was also hampered by a left wrist injury for a long time. It ended up wiping out her pre-season training for 2019 completely, which was very disruptive.

Ostapenko explained, “I’m trying to get my game back because I was injured last season, so I couldn’t really do the proper pre-season, which didn’t help me, and in the beginning of the season I was struggling a lot because I didn’t have enough time for practice.”

Happily for the Latvian, she now feels fully fit, and she is hoping for plenty of matches on the grass to improve her form.

“I think I’m getting better,” Ostapenko said. “Today I felt really good on court and I feel that grass is a surface I really love to play on. I think I will get my form back on grass.”

The 2017 French Open champion will need to be at her best in the next round when she takes on Johanna Konta. The Brit is in brilliant form and her confidence is currently as high as it has ever been.

Ostapenko seems relaxed about facing her though. “I’ve played Konta a couple of times, including last year in Eastbourne on grass,” she said. “We have always had three-set matches. She’s a great player, she plays very well on grass and she is in good form, but grass is one of my favourite surfaces too and I am going to try to enjoy it.”

The Latvian almost had to deal with a nightmare scenario over the weekend after her luggage did not arrive in Birmingham at the same time she did.

“I just arrived on Friday and, unfortunately, my bags didn’t arrive, so I couldn’t even hit on Saturday,” Ostapenko said. “So I basically had one day to hit before this tournament because I was playing doubles on Monday.”

She continued, “But I think for me the less time I have the better it is because I’m more focussed.” It is funny how things work out sometimes.

Naomi Osaka: I Know I’ll Be No.1 If I Play Well