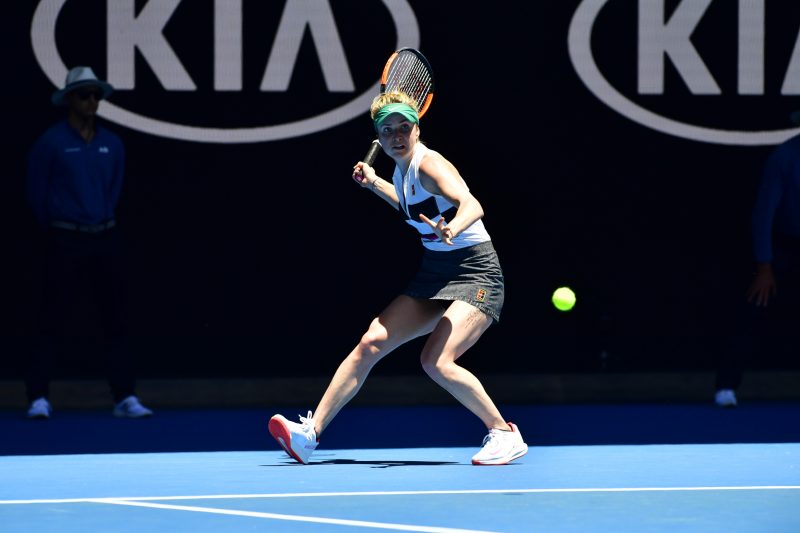 World No.6 Elina Svitolina has made a remarkable act of kindness after giving a fellow player money to pay for surgery on her right knee.

16-year-old Daria Lopatetskaya had to undergo a procedure on her knee after seriously injuring it during an ITF event in Rome. Following the incident, a fundraising campaign was set up to help cover the costs. The teenager required 12,000 euros to pay for the surgery, which has been covered by a donation from Svitolina.

“Darya’s surgery has recently ended. Everything went well. We want to thank everyone who supported our family, and without a difference, this help was material or moral.” Lopatetskaya’s sister Maria told btu.org.ua.
“We would also like to thank separately Elina Svitolina, who paid for the operation. Now Daria is in the clinic and for some time she will stay there. Rehabilitation requires a lot of effort for it and financial costs for us.”

Lopatetskaya is currently at a ranking high of 231st in the world and has won five ITF titles. Three of which have occurred this year. An impressive tally for a player who made their ITF debut last June. Growing up, she spent time training at the Mouratoglou Tennis Academy in France.

“Now the most important thing is to overcome the injury and return to the court with new forces and I want to note that all the money that was and will be transferred to Dasha’s account will be spent solely on her rehabilitation.” Maria Stated.

Svitolina hasn’t publicly commented about her donation. She was playing in the Italian Open this week, but crashed out in the second round of the tournament to Victoria Azarenka. Svitolina won the Rome title 12 months ago.

Prior to the tournament, the 24-year-old said she wanted to help promote tennis back in her home country. She is currently one of four Ukrainians ranked in the top 100 on the WTA Tour. However, it is very different on the men’s tour with only two players from the country being ranked in the top 500. The highest of which is Sergiy Stakhovsky at 112th.

Svitolina will return to action at the French Open which will get underway in less than two week’s time.