Dominic Thiem Feels Federer Is Being Underestimated In Madrid, But Does He Agree? - UBITENNIS 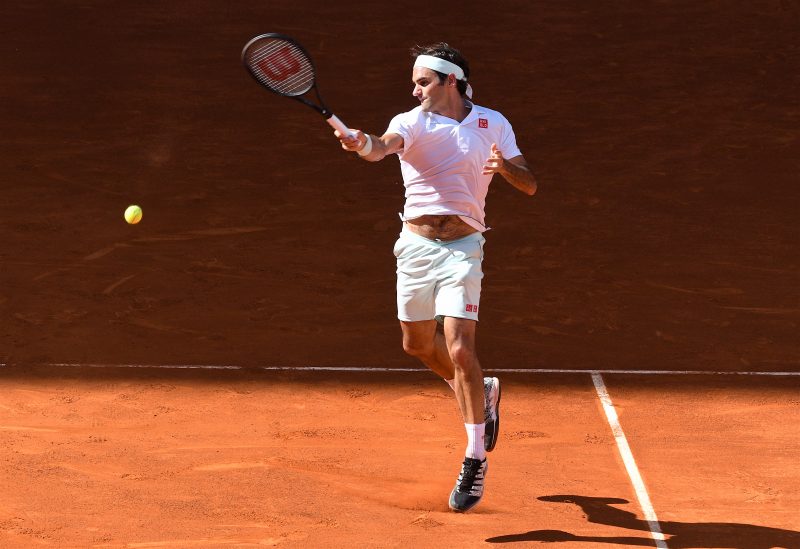 MADRID: This week might be the first time Roger Federer has played a clay-court tournament in almost three years, but Dominic Thiem has vowed to take nothing for granted.

The Austrian will be the next test for the Swiss Maestro at the Caja Magica on Friday. Thiem is currently on a seven-match winning streak after triumphing at the Barcelona Open. Where he defeated Rafael Nadal in the semi-finals. He already has a win over Federer this year after triumphing in Indian Wells to claim his maiden Masters title at the age of 25.

With all things considered, it is fair to say that Thiem has a strong chance of victory in his upcoming match. However, he refuses to get carried away when it comes to locking horns with the most decorated grand slam singles champion in the history of men’s tennis.

“I think a lot of people underestimate him on the clay. He’s an unbelievable player. Only Rafa is better, I guess. I need to invest 100 percent to have a chance of winning.” Thiem told Ubitennis in Madrid.

Thiem’s view does raise a valid point. Has Federer’s credentials on the clay been forgotten? It is true that he has endured a lengthy absence from the surface, but he knows how to play on the clay. So far in his career, he has won 11 titles on the dirt. Six of which were at Masters level and one at the 2009 French Open.

Shortly after his gripping win over Gael Monfils, Federer was asked if he agreed with Thiem’s view about being underestimated by others.

“I don’t think anybody’s really underestimating me because I’m not coming back from an injury. I’ve had a good start to the season this year.” Said Federer. “It is pretty fast here in Madrid and I’ve won here in the past, so I guess players maybe know I don’t have that much clay court tennis in me in the last few years, but that doesn’t make me less dangerous to be quite honest.”

In their head-to-head Thiem leads the world No.3. Impressively scoring wins over him on the grass, hard court and clay. A rare achievement that is matched by only a select few players in the sport.

“I’m not the favorite against him. I think it will be a pretty open match.” Thiem previewed. “If we both play well as we did in Indian Wells, it going to be a great battle. If I play slightly worse, he is going to win it for sure.“

Meanwhile, Federer has hailed the achievements of his younger rival. However, when it comes to the ultimate test on the clay for him, the honor still belongs to Nadal in his eyes.

“Thiem has been playing great. Recently, winning Barcelona and also Indian Wells. I also saw what he could do on the slower, harder courts, not that I needed him to prove his point. But I think beating Rafa in Barcelona is a feat in itself. I still believe that Rafa is the measuring stick and not Dominic.” He stated.

The match between Thiem and Federer will take place, not before 17:00 local time on Friday.

List of ATP Finals Federer has played on the clay