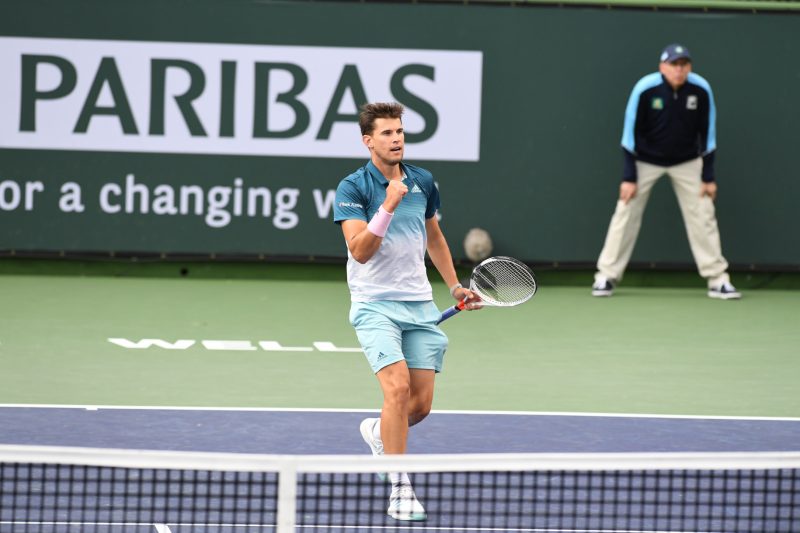 Newly crowned Barcelona Open champion Dominic Thiem has said the prospect of him challenging for the Roland Garros title is ‘far away’ as he gains momentum on the tour.

At the Spanish tournament, Thiem achieved a series of milestones. Becoming the first ever player to defeat Rafael Nadal in the semi-finals or final of the tournament and only the second Austrian to win the title after Thomas Muster. Overall, he has defeated Nadal four times on the clay. Something that has only ever been achieved by world No.1 Novak Djokovic, who has managed to score seven victories in total.

Securing his ninth clay-court title with a 6-4, 6-0, win over Daniil Medvedev in Sunday’s final, some are labelling Thiem as the next king of clay. The 25-year-old is one of the favourites to clinch the French Open title, which has been won a record 11 times by his rival Nadal.

“Paris is still pretty far away, I’m happy with my clay form right now, this is actually my biggest clay title – this one here,” said Thiem.
“It makes me happy to have won it, Paris is not really in my head.”

The world No.5 already has a solid record at the French Open. Reaching the semi-finals or better every year since 2016 and finishing runner-up in 2018. Overall, he has won 18 out of 23 matches played there.

Barcelona is the second tournament Thiem has won this season. Last Month he defeated Roger Federer to win the BNP Paribas Open in Indian Wells. His first ever Masters 1000 title.

Despite his successes on the tour, Thiem still believed Nadal remains the favourite to win the French Open title. The Spaniard is continuing to find his form following a series of injury setbacks in recent months. The most recent being a knee injury that forced him out of Indian Wells. As a consequence, this season is the first time since 2004 where Nadal enters the fifth month of the year without at least one title on the clay.

“I’ve not changed my opinion that Rafa is always the biggest favourite for any clay title,” Thiem said.
“But I love Roland Garros, I’ve played well there for the past three years.
“I hope this can continue. But I’m thinking next of Madrid.”

The next test for both players will be at next week’s Madrid Masters. 12 months ago Thiem reached the final of the tournament before losing to Alexander Zverev. It is the only Masters tournament where he has managed to reach back-to-back finals at.

“I go to Madrid playing well and in a good mood,” he stated. “But the special thing about tennis is that I will start from zero there. All the guys will be strong.
“I need to train well and get used to the conditions. In the matches I must be there from the first point, it can go very quickly in tennis.”

In this week’s ATP rankings, Thiem remains in fifth place. One place adrift from his career high.

Alexander Zverev Opens Up About Recent Struggles On The Tour