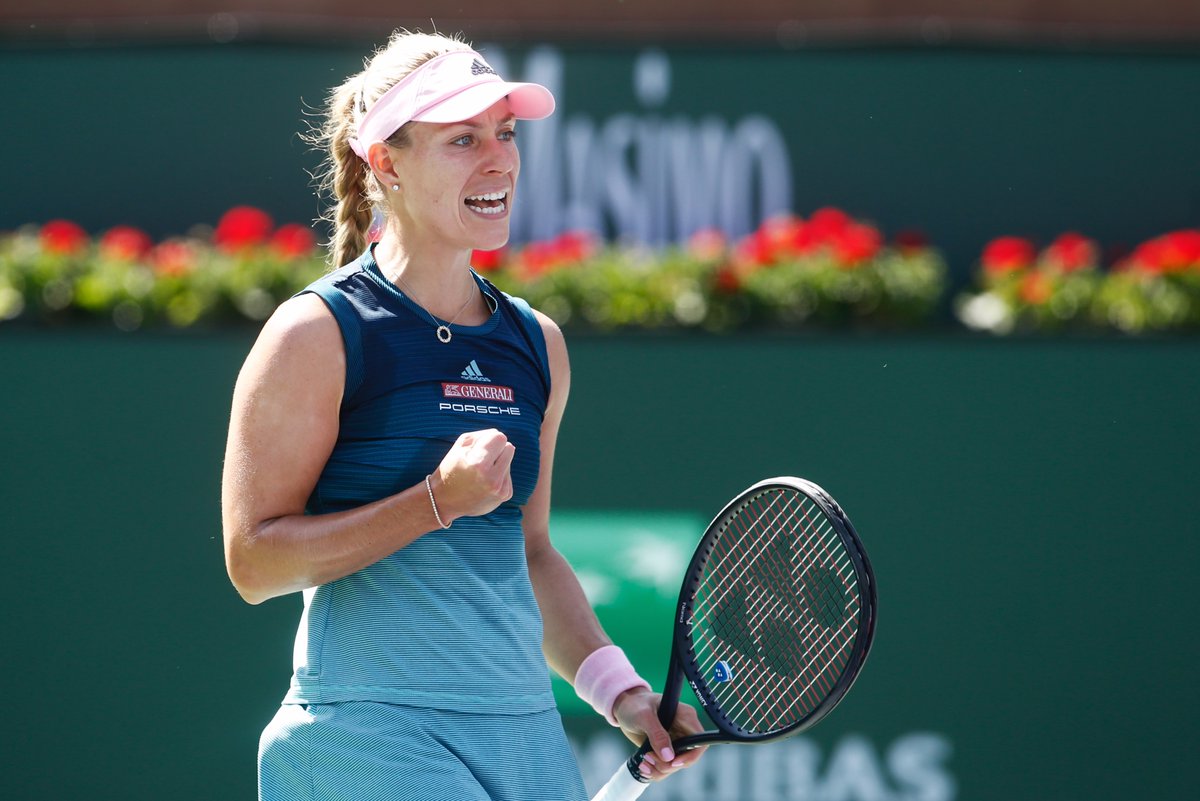 A ruthless Angelique Kerber powered into the third round at Indian Wells with a 6-0 6-2 win over Yulia Putintseva.

The German has been struggling for form and motivation this year but turned on the style today to reach the last 32 in California.

After the win, Kerber will now play Natalia Vikhlyantseva who also secured a crushing victory over Carla Suarez Navarro.

Meanwhile Donna Vekic and Madison Keys suffered shock exits as they failed to reach the last 32 with defeats over Ysaline Bonaventure and Mona Barthel respectively.

Winning 93% of her first serve points Kerber put on a sizzling display of defensive shot-making as there was a real worry that Putintseva wasn’t going to win a game.

However the Kazakh did hold a couple of times towards the end before the eighth seed finished off a comfortable victory.

It was a very good day for Kerber and after the match she shared her delight at the victory, “Yeah, it was a good match for me. I mean, I was feeling good from the beginning,” she explained in her press conference.

“I was trying to staying so focusing after the first match to — the first set, to really get through the second set, as well, like the first one. Yeah, I think that I was playing really aggressive. Yeah, it’s good to start the tournament like that.”

In the next round, Kerber will play Natalia Vikhlyantseva after the Russian only dropped two games against Carla Suarez Navarro.

However there were some shocks in the day session as 28th seeded Croatian Donna Vekic was edged out by Belgian qualifier Ysaline Bonaventure.

The Croatian, who has had a good six months, was unable to put her game together consistently against Bonaventure in the 1-6 7-6(5) 6-4 defeat.

While injury-stricken Madison Keys lost a tough three set match to Mona Barthel 3-6 6-1 7-5. The American was up a break twice in the decider and had served for the match.

But the American couldn’t close it out and the German earned a very good win as well as a place in the last 32 at Indian Wells.

Indian Wells Day 4 Preview: The Men’s and Women’s Match of the Day