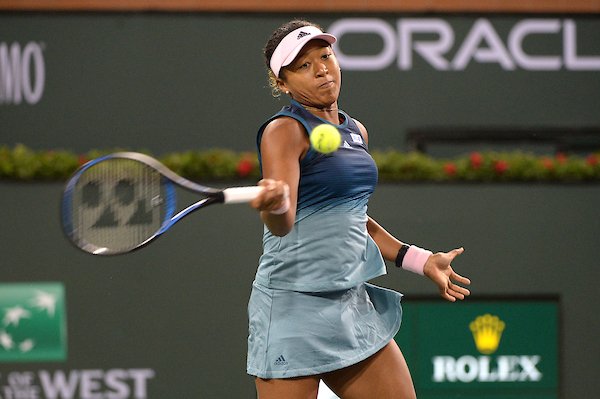 The Japanese superstar, 21, was ranked 44 in the world before last year’s event. This time, she is playing with an entirely new type of pressure as the World No.1.

But Osaka does not seem bothered that she is the favourite. She is simply playing the same aggressive game that got her to the top.

The Australian Open champion started well when she broke Collins in the third game. However, the American was not discouraged. She attacked Osaka’s serve and broke straight back.

During the next four games, both players tried to hit each other off the court. Their approach generated a string of powerful winners and wild unforced errors and eventually resulted in two holds apiece that moved the score along to 4-4.

In game nine, Collins’ serve deserted her. She made two double faults and then sent down a weak second serve that Osaka swatted away for a winner.

The World No.1 unleashed another superb backhand winner to bring up break point. Then she produced an equally impressive forehand winner to clinch the break.

Osaka builds on her advantage

Osaka took full advantage of the momentum she had now established. She held easily to finish the first set and then broke Collins to love in the third game of the second set to take complete control of the match.

The Japanese player then ended any lingering resistance from the American when she battled back from 40-15 behind to break for a 4-1 lead.

To her credit, Collins saved a match point in game seven and ensured that the World No.1 would have to serve for the win. She did exactly that – thanks to an ace, two huge forehands and a crisp backhand winner.

“I really love this tournament,” Osaka said in her press conference. “I think that some people say it’s kind of slow. But for me, I feel like it’s kind of perfect for the way that I like to play.”

The Japanese player’s next assignment is a mouth-watering clash with Dubai champion Belinda Bencic, who maintained her impressive form with a comfortable 6-4 6-2 win over Caroline Wozniacki’s conqueror Ekaterina Alexandrova.

“I think the things she’s done are really amazing, and (I’m impressed by) the fact that she was able to come back from her injury and still play at a really top level,” Osaka said. “I know we both really want to win this next match.”

She continued, “I think we are both looking forward to it. Because we are the same age, I know that people are going to hype this match up. It should be fun.” 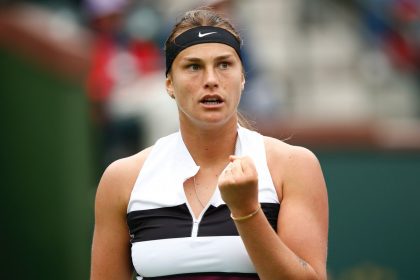 Elsewhere in Indian Wells, there was a shock exit for 15th seed Julia Goerges, who lost 7-5 1-6 6-4 to compatriot Mona Barthel.

The German is normally one of the strongest servers on the WTA tour. However, she struggled in the slow conditions on a cold day in the desert. She only won 53% of points on her serve, fired down just one ace and made six double faults.

The final match that took place in the women’s draw was cut short by illness, as 11th seed Anastasija Sevastova was forced to retire with a virus when she was trailing 5-0 to 21st seed Anett Kontaveit.