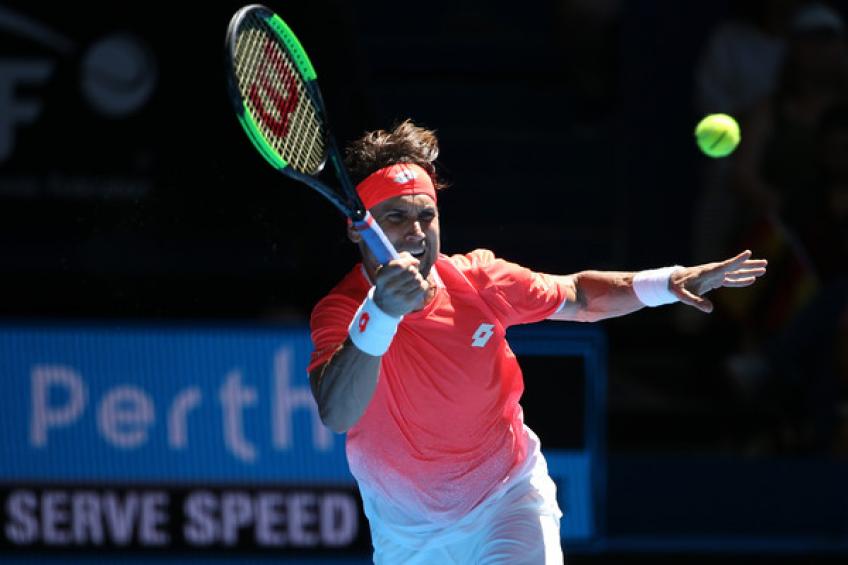 As David Ferrer approaches the end of his tennis career, the Spaniard believes part of his success in the sport has been helped by rivals such as Roger Federer and Rafael Nadal.

The 36-year-old is set to officially retire in May at the Madrid Open. Ending a career that has spanned almost 20 years. Ferrer has been ranked as high as third in the world and has won 27 titles on the ATP Tour. He is one of only four active players to have won over 700 matches on the tour. On the clay, he has recorded 331 victories. The second highest amount on the tour after 11-time French Open champion Nadal.

It could be argued that Ferrer’s achievement has been overshadowed during the era of the Big Four. A group of players that have dominated men’s tennis in recent years. The group features Federer, Nadal, Novak Djokovic and Andy Murray. The closest he came to a grand slam title was runner-up at the French Open.

“If it had not been the Big Four I would not have been number 3 in the world, because I would not have improved.” Ferrer said during an interview with La Nacion.
“I saw Roger and Rafa, then Novak and Murray came, and I always tried that the things that they did well, I could fit them, in my style, of course. And that helped me. Especially with Rafa and Toni Nadal, talking a lot with them.”

2013 was the year where the Spaniard peaked at his ranking high. During that season he claimed two trophies and finished in the year-end top three for the first and only time in his career. Although 2013 wasn’t completely perfect for Ferrer.

“I went to the Masters (ATP Finals) in London and I did not win any matches because I ended up tired. I came from playing the final of Paris-Bercy, I got home in Valencia, I saw the ranking, I saw myself as No. 3, but that day I was very sad because I could not play well in London.” He explained.
“That’s why I say that if I could change something in my career it would be to enjoy every moment. Being a nonconformist at a certain stage of my career has left me wounded.”

Ferrer has a win-loss record of 17-72 against the big four. The only member he has never beaten is Federer, who has won all 17 of their meetings on the tour. The Swiss player is currently the second oldest player in the top 100 after Ivo Karlovic.

“He has something different from the others.” Ferrer said of Federer. “Anticipates the play, has a better eye than the opponent. And he physically moves perfectly, has worked hard, but has a natural talent and was born to play tennis.”

The era of the Big Four is approaching its climax. Murray has also admitted that he may soon be forced to retire from the sport due to an hip injury. Meanwhile, the other three are in their 30s. Speaking about when the quartet will leave the sport, Ferrer admits that there will be a big hole left on the tour.

Ferrer will continue his farewell tour next week at the Argentina Open in Buenos Aires. A tournament he won three times in a row between 2012-2014.