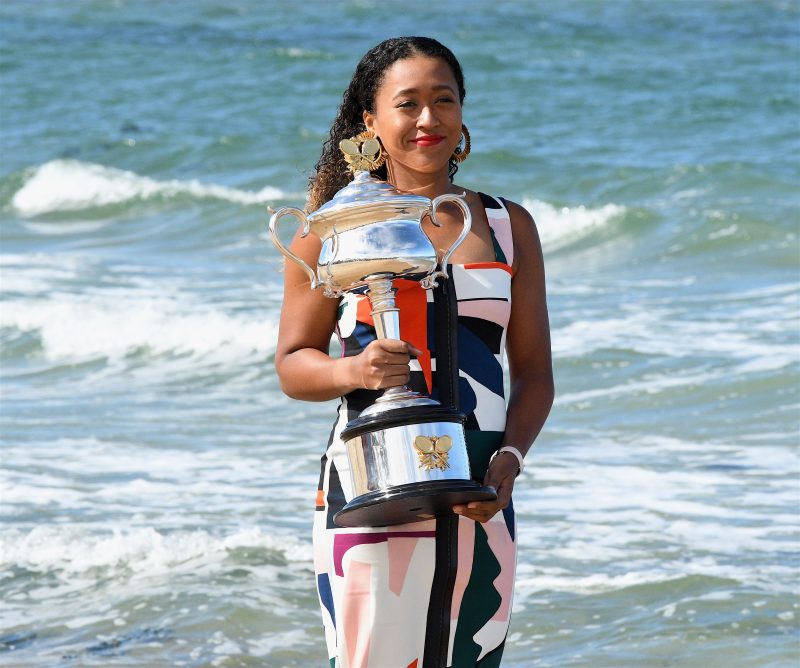 Australian Open champion Naomi Osaka has officially started her reign as world No.1 following her recent triumph in Melbourne Park.

Osaka, who was ranked outside of the world’s top 70 one year ago, edged her way past Petra Kvitova in a three set thriller at the Australian Open. Becoming the first player since Jennifer Capriati in 2001 to win her second grand slam title straight after her first. Osaka also won the US Open in September and is the reigning champion in Indian Wells.

“I’m beyond excited to become the new WTA World No. 1,” Osaka told wtatennis.com. “I’ve always dreamt of being in this position and I am honoured to be part of the elite group of players who have reached the No. 1 ranking.”

Prior to this year, a player from Japan had previously never broke into the world’s top three in the rankings. Both Kimiko Date and Kei Nishikori have peaked at fourth. In Asia China’s Li Na, who have won two grand slam titles herself, was previously the highest ranked player from the continent. Reaching a career high of second 2014.

“When I first saw Naomi Osaka play, I thought she was really calm, very mature on court,” Li said in comments translated during a news conference at the Australian Open. “She was so focused on her game itself, no pressure, point by point. That quality and the player’s focus really impressed.”

Osaka’s rise in the sport has resulted in a surge in popularity back in Japan. Where she has sponsorship deals with companies such as Nissin Foods Holdings, Nissan Cars and personal care company Shiseido. Not counting her other deals with Adidas, Yonex and Citizen watches.

One example of Osaka’s popularity is in Nemuro, a Japanese city located in the Nemuro Subprefecture. In recent days fans have visited the area to view a special display set up in Osaka’s honour in the city hall. The exhibition includes a sign racket that she used during the 2018 US Open. Osaka’s grandfather lives in Nemuro.

“I feel proud that a person with ties to Nemuro has become the number one player in the world.” One visitor to the display told NHK News.

Now sitting at the top of the rankings, the world No.1 is eager to prove that she isn’t just a hard court player. Hoping that she can achieve a breakthrough on the clay later this year. She has already reached the third round of the French Open on two occasions.

“I have always felt like I could maybe be an all-court player,” she told reporters in Melbourne on Sunday. “The first time I played all the grand slams, I got to the third round in all of them. I had one disappointing grand slam [losing in the first round at the French Open]. I think mentally, I don’t like clay. I always tell myself I don’t like clay, so I never really embrace anything about it and that is something I have to change and the same goes for a grass court, because I see people slide and slip and it is a little bit frightening for me, so I think I have to change that.”

Osaka is the second Japanese player in history to earn over $10 million in prize money. The first is Nishikori, who currently has earnings of almost $22.1 million.

Vera Zvonareva continues her come-back with a win over Ekaterina Makarova in St. Petersburg