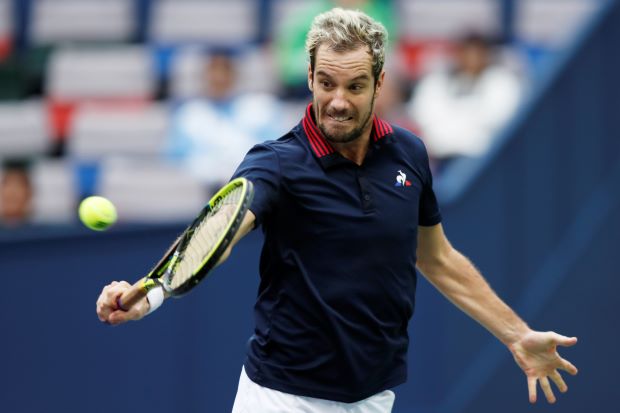 Former top 10 player Richard Gasquet is set to miss the first grand slam of 2019 after failing to recover in time from an ongoing injury, according to reports.

French sports newspaper L’Equipe has reported that the 32-year-old is yet to return to the practice courts. Gasquet last played at the Paris Masters in November, but withdrew from the Davis Cup final due to injury. It is understood that the Frenchman has been troubled by a groin/thigh issue within recent weeks.

“Unlike all of his rivals, the current world number 26 and French number one is not at all in the process of bringing the finishing touches to his off-season preparation; worse, he has not even touch the racket.” L’Equipe reported about Gasquet’s current form.

There is yet to be any official confirmation from Gasquet’s camp about his plans for the new season. However, it has been reported that he hopes to back in time to play at the Open Sud de France in Montpellier at the start of February. A tournament he has won on four previous occasions.

The setback comes after what has been a roller coaster 2018 season for the world No.28. This year he has reached the final of three tournaments on the ATP Tour. Winning his 31st title at the Rosmalen Grass Court Championships. Gasquet also reached the third round at three of the four grand slam tournaments. In April he became the eighth active player on the men’s tour to win a 500th match. Overall, he has achieved a win-loss record of 35-23 this season.

Should Gasquet miss the Melbourne major, it would be only the second time he has done so since 2010. The last time he missed a grand slam was the 2016 Australian Open when he was forced to pull out due to a back injury.

Compatriot Ugo Humbert is the next player on the entry list to replace Gasquet in the main draw at Melbourne. 20-year-old Humbert is currently ranked 84th in the world and has three Challenger titles to his name.

The Australian Open will get underway on January 14th. Roger Federer is the defending champion in the men’s tournament.

Roger Federer could play the clay season in 2019