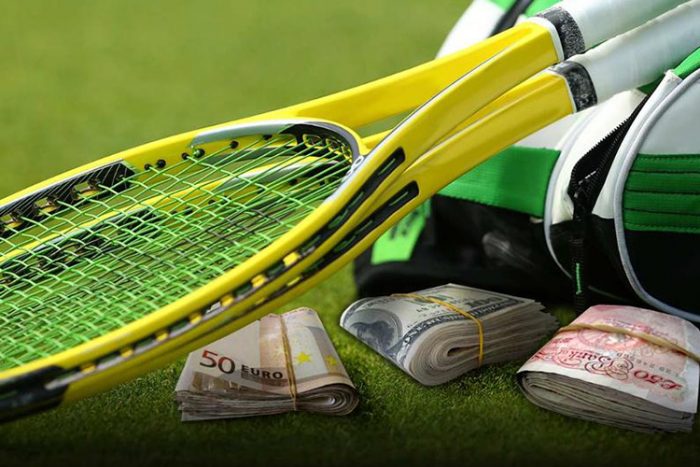 Sports data company Sportrader has hit back at a report published earlier this year by the Tennis Integrity Unit concerning recommendations to tackle match-fixing in the sport.

In April an Independent Review Panel (IRP) released an extensive report concerning corruption in the sport following a two-year multi-million pound investigation. It concluded that there was a ‘tsunami’ of corruption occurring at lower level events where the prize money is low. However, dismissed the idea that the governing bodies of tennis have tried to cover up the problem. The investigation was launched following a report in January 2016 by the BBC and Buzzfeed news that claimed match-fixing was widespread in tennis.

The IRP set out a series of recommendations for the future, but one particular proposal has been blasted by Sportradar. This is concerning the call to get rid of the data sales at the lowest level of the sport. Meaning a removal of live scoring from those events. Sportradar currently has a $70 million deal with the ITF in regards to providing live data for matches, including Challenger and Futures events.

“The Review has provided useful insight into betting-related integrity issues within tennis and provides some sound recommendations on how best to address these challenges.” Sportradar concluded in their 112-page report.
“However, whilst we agree that tennis faces integrity risks, in certain key areas we believe that the Review has misrepresented those risks and consequently proposed solutions that are inappropriate and disproportionate. Our concerns principally relate to Recommendation 1 and the discontinuance of data sales.”

Continuing their defence, the sports data group has claimed that the IRP’s conclusion is based on ‘weak and flawed’ evidence. Arguing that betting data shows that match-fixing pose a higher risk at both Challenger and ATP Tour level. Sportradar has also said that should data sales be removed from the lower level events, it will only shift the issue to ‘higher risk’ markets. It will also have little impact on efforts to reduce the number of match-fixing offences or reduced the workload for the Tennis Integrity Unit.

“Attempting a total data black-out on a sport has never been done, or even trialled or tested before,” Managing Director of Group Operations David Lampitt told SBC News.
“Counter evidence and expert analysis indicate that such an approach is likely to have a harmful effect on integrity, which would be hard to reverse if unsuccessful.
“So, the Panel is staking its reputation, and that of the sport, on an uncertain ‘guess’, when there is good evidence that a different approach and an incremental process of implementing enhanced and targeted measures would be more likely to deliver successful outcomes and integrity benefits.”

According to the data provided in the report published by the IRP, ITF tournaments had the lowest ratio of referral rates concerning irregularities. During 2017 the referral ratio was 0.32%, which is lower than tour level (0.46%) and grand slams (0.64%). An analysis of data between 2013-2017 also found that Challenger tournaments posed a greater risk to match fixing than Future events.

In the world of sports betting, tennis remains one of the most vulnerable to match-fixing. A report by the International sports betting integrity association ESSA flagged up a total of 44 suspicious betting alerts during the second quarter of 2018. This equates to 71% of total alerts they were notified of.