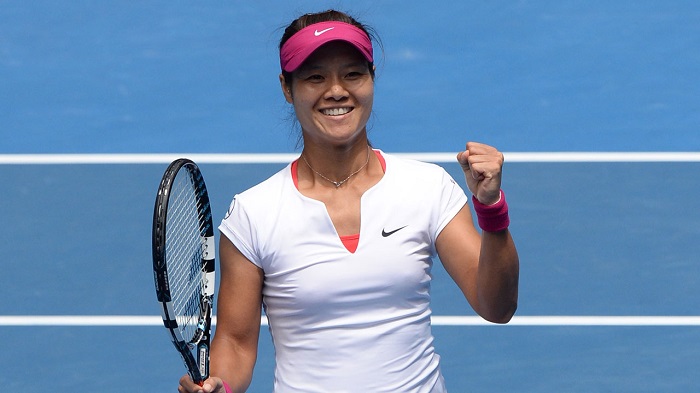 The chances of an Asian player being inducted into The International Tennis Hall Of Fame for the first time has received a boost after Li Na topped the fan vote.

The two-time grand slam champion fought off competition from the likes of Goran Ivanisevic and Mary Pierce to top the public poll. For the first time this year, the general public was allowed to vote who they believe should be awarded the honour. The number of votes during the six-week process have not been disclosed, but officials had said that 130 countries took part.

“It is a great honour to be nominated for the International Tennis Hall of Fame and I’m so grateful for the fan support in this process.” Said former world No.2 Li.
“My fans were such a huge part of what made my playing career special for me, and it’s really wonderful to have this opportunity to continue that relationship with them today.”

China’s first ever grand slam champion finished ahead of Ivanisevic and Pierce, who take the second and third position respectively. The public vote is just part of the decision making process about what player will be inducted. Another factor will be the combination of the results from the Official Voting Group, which is comprised of journalists, historians, and Hall of Famers.

To be elected into the Hall of Fame, a candidate must secure at least a 75% backing. 36-year-old Na already has 3% points bonus in her favour after winning the fan vote. Ivanisevic receives 2% and Pierce 1%.

“I’m honoured to be nominated for this great accolade,” Li said. “I look forward to hearing the Hall of Fame voting results in January.”

In 2011 Li she became the first Chinese player to win a grand slam title after defeating Francesca Schiavone at the French Open. Three years later she added to her major tally by claiming the Australian Open trophy in 2014. Li ended her career with a total of nine WTA titles.

The class of 2019 will be officially announced on January 22nd at the Australian Open. The induction ceremony will then take place on July 20th at the International Tennis Hall of Fame in Newport, USA.

Target for nomination – at least 75% backing

Related Topics:Li Na
Up Next