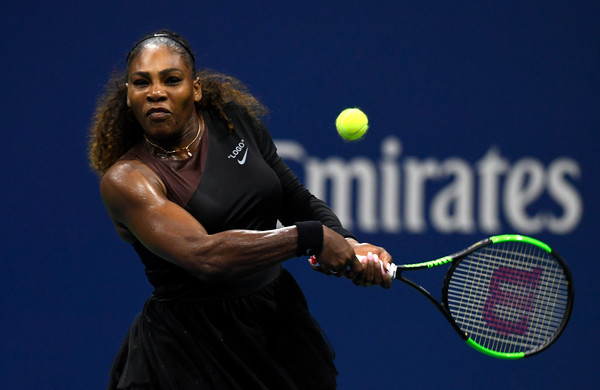 Serena Williams’ bid for a 24th grand slam title at the US Open is gaining in momentum after she powered her way past sister Venus 6-1, 6-2, in the third round.

The night time clash between the two was the 30th time they had played against each other on the tour in what is one of the most well known rivalries in the sport. Playing inside a packed and animated Arthur Ashe stadium, Williams was undoubtedly the dominant force. Hitting 10 aces and 34 winners during her 72-minute triumph.

“I think it’s by far the best match I ever played against her in forever,” Williams said during her press conference. “But I don’t know about ever, ever. It probably was. I played much better tonight than I have since I started this journey on my way back.”

Two games into the match, alarm bells rung for Williams’ camp after she awkwardly turned her right ankle on the court. Prompting her to call for a medical time out. Despite the scare, it had little effect of Williams’ performance as she claimed six consecutive games straight after undergoing medical treatment.

“I roll my ankle often. The tape on it helped a lot. So I just added a lot more secure tape. See how it goes. It didn’t bother me at all.” She explained.

Friday’s win is a contrast to when the two sisters met earlier in the year. In Indian Wells, Williams’ comeback tournament, she could only win a total of seven games. Now gaining in momentum in New York, sister Venus has hailed her latest win. Saying she played ‘untouchable tennis’ in what she believes was the ever performance against her. Williams now leads Venus 18-12 in their head-to-head.

“I think it’s the best match she’s ever played against me. I don’t think I did a lot wrong. But she just did everything right. Obviously that level is definitely where she’s going to want to stay during this whole tournament.” Venus evaluated.
“She didn’t win that match tonight because I just rolled over. She played untouchable tennis.”

Awaiting Williams in the fourth round will be Estonia’s Kaia Kanepi. A two-time US Open quarter-finalist who knocked Simona Halep out in the first round of the tournament. Kanepi defeated Sweden’s Rebecca Peterson 6-3, 7-6(3), in her third round match.

“She obviously knows how to win. She played and beat the No. 1 seed. I’ve played her a lot. We’ve had some close matches. Each match is new. She knows how to play very good tennis.” Williams said about the world No.44.

Following her latest victory, Williams has now reached at least the fourth round at the US Open in 17 out of 18 appearances. The only exception was when she made her debut back in 1998. Losing in the third round to Romania’s Irina Spîrlea.