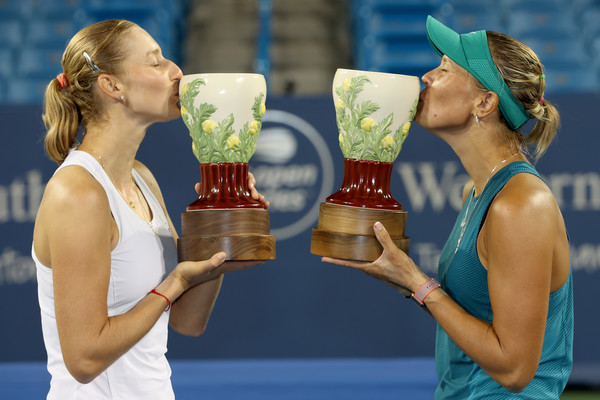 Lucie Hradecka and Ekaterina Makarova lifted their maiden WTA doubles title as a team with a 6-2 7-5 win over Elise Mertens and Demi Schuurs in the Western and Southern Open in Cincinnati.

Two of the most successful doubles specialists on the circuit Hradecka and Makarova lifted 34 doubles titles between them, but they clinched their first title as a team. They played together once before in 2011, when they reached the final in Luxembourg before finishing runners-up to Iveta Benesova and Barbora Strycova. Makarova has won their first title of the year, but the first with a player other than Elena Vesnina, who is currently injured. Hradecka has won her first double title since Moscow 2016.

“It was a very tough match today and our opponents played a great game. I want to thank my team, my coach, my physio. We have had a great week and look forward to the future”, said Makarova.

“It’s an unbelievable feeling to be back on court, I want to thank Ekaterina for partnering me this week”, said Hradecka.