Indian Wells Champion Naomi Osaka has launched her campaign at Charleston Open with a comprehensive 6-4, 6-4, win over Jennifer Brady.

The 10th seed, who is making her fourth consecutive appearance in the event, utilized her power to tame any threat post by the world No.82. After getting off to a shaky start that saw her go behind 0-2, the Japanese player responded by breaking Brady twice during the first set. Capitalising on the American’s woeful first serve, which only landed in 42% of the time.

Extending her dominance, Osaka broke immediately at the start of the second set. Admirably Brady illustrated glimmers of her best tennis with some heavy-hitting, but she was not consistent enough to trouble Osaka. Who converted her second match point with the help of an unforced error from her rival.

“For me, I guess, it’s that I can’t really hit winners that much and that the points are longer.” Osaka commented about switching from the hard courts to clay.

The world No.21 is aiming to continue her strong run from March. After winning her first title of any sort in Indian Wells, she then defeated Serena Williams in Miami. An achievement that she still struggles to comprehend.

“It didn’t feel real. Just to serve, just to hit a ball and see that it’s Serena on the other side was kinda a little bit scary.” She recounted about playing Williams. “I just tried to have fun and I’m glad I was able to play her.”

This year the 20-year-old is bidding to reach the last eight of the tournament for the first time in her career. To achieve that, she may have to defeat fifth seed Julia Goerges in the third round. Prior to a potential showdown with Georges, Osaka will take on comeback kid Laura Siegemund. The German is playing in her first WTA event since May after being sidelined by a knee injury. In her first round match, she disposed of Russia’s Natalia Vikhlyantseva 7-5, 6-2.

Elsewhere, Australia’s Daria Gavrilova overcame a scare to edge out Ons Jabeur 1-6, 6-4, 6-3. Hitting just 13 winners in the match compared to his rivals tally of 35. She will take on Italy’s Camila Giorgi next. Mihaela Buzărnescu also booked a placed in the second round after her opponent, Vera Lapko, retired due to a knee problem.

Recent Miami Open champion Sloane Stephens has withdrawn from Charleston due to fatigue. Two days ago, she defeated Jelena Ostapenko in straight sets to win her first title since last year’s US Open. She was set to be the fourth seed in the tournament.

“I’m so sorry to announce I won’t be playing in Charleston this week,” Stephens said in a statement. “My run to the title in Miami last weekend has left me completely exhausted/fatigued both physically and mentally. I don’t feel prepared to play my best and therefore its in my best interest to get some rest.
“I want to thank Bob Moran and Eleanor Adams for all their support over the years, Charleston is truly one of the best events on the tour and I sincerely look forward to playing again many times in my career. I wish the best of luck to all the girls this week.”

Stephens will be replaced in the draw by lucky loser Dayana Yastremska. A 17-year-old Ukranian player that finished runner-up at the 2016 Wimbledon girls championships.

Caroline Garcia breezes through while Bouchard changes focus after defeat

Sloane Stephens, Caroline Garcia and and Petra Kvitova in the spotlight in Charleston

The tennis star has issued a statement to her fans in Japan and around the world following her latest triumph.

Naomi Osaka hopes her Australian Open victory will help inspire tennis fans around the world as she aims to continue her surge in form on the Tour.

The world No.2 clinched her fourth Grand Slam title at Melbourne Park on Saturday after defeating Jennifer Brady in straight sets to clinch her 21st consecutive win on the Tour. At the tournament she also scored wins over former world No.1 players Garbine Muguruza and Serena Williams. She is the first woman to have won her first four major finals played since Monica Seles during the 1990s.

In the wake of her latest triumph, the 23-year-old issued a statement through her management company in which she said her win is dedicated to those still recovering from the 2011 Japan earthquake.

“I would like to thank everyone in Japan for their continued warm support,” she said. “Since I heard there was another large quake in Japan recently, I also want to dedicate this win to those whose lives have still yet to be fully put back together following the ravages of the Great East Earthquake and Tsunami.”

The 2011 Tōhoku earthquake and tsunami devastated the country on March 11th with more than 15,000 people being killed. It also caused the worst nuclear accident in Japan’s history after a reactor released radioactive material. Last week a 7.3 magnitude earthquake struck the same region in what scientists described as an ‘aftershock’ from 10 years ago.

Continuing her tribute to those who have faced difficult times, Osaka has also dedicated her victory to those who have been affected by the COVID-19 pandemic. This year’s Australian Open took place under strict rules with all players having to go through a 14-day quarantine upon aerial into the country.

“Seeing as we are still contending with the coronavirus on a daily basis, I would like to dedicate this victory to the people around the world who are doing what they can to help us escape its shadow,” she continued in her statement.
“Although there has been a lot of sad news lately regarding the coronavirus and earthquakes, I think that we need to remember the importance of life and have an open heart to help one another in times like these.”

Given her recent dominance on the Tour, Osaka has been backed for even more future glory in the future with Mats Wilander saying she will win at least 10 major titles. Something has only ever been achieved by five women in the Open Era. However, Osaka insists that she will not be thinking too far ahead.

“I like to take things not big-picture. For me, I like to live in the moment,” she explains.
“It’s an honour that he said that, of course. But I don’t want to weigh myself down with pressure and expectations.
“I know that the people that I’m playing against are the best players in the world, and, you know, if my time comes to win another Grand Slam, it will come.
“But for right now I can only control what I can control, and that’s working hard and giving myself opportunities.”

Osaka is only the fourth active player to have won a quartet of major titles after the Williams sisters and Kim Clijsters. 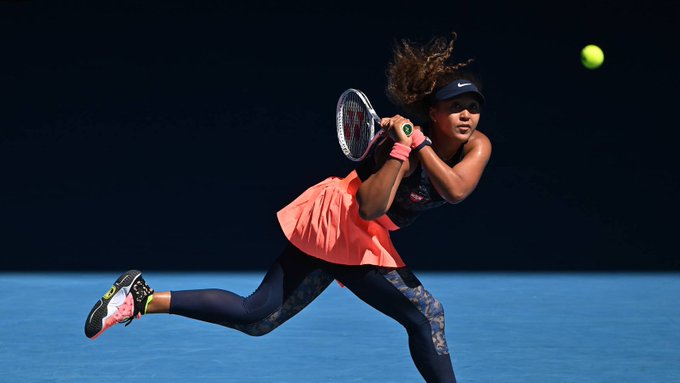 Naomi Osaka won her fourth grand slam title after a 6-4 6-3 win over Jennifer Brady in the Australian Open final.

Osaka was too good for the first time grand slam finalist as she prevailed in a relatively comfortable straight sets win.

The victory means it is her fourth grand slam title, second Australian Open victory and now 21 wins in a row.

It was easy to tell who was the more experienced player under these circumstances as Osaka settled into the match quickly with two aces contributing to a love hold.

As for the American, she needed a bit longer to settle in a grand slam final with a 29% first serve percentage in her first two service games.

That is not going to get it done in a grand slam final as two double faults in the fourth game handed the break to the 2019 champion for a 3-1 lead.

However the American didn’t get to her first grand slam final without a bit of resilience and some nice forehands mixed with some sloppy Osaka play , saw Brady break straight back.

As the forehand gained consistent power and shape, the backhand was also good in attacking situations as she forced the third seed to use some difficult angles from static court positions.

This match turned into an enjoyable contest with Brady hitting some amazing shots to get the Rod Laver Arena crowd into the match.

After a gritty hold from break point down, Osaka used her champion qualities to rally from 40-15 down to break and take the first set 6-4 after an easy forehand into the net from Brady.

The momentum was now firmly with Osaka as she looked more and more confident on return as she continued to use the angles and deep shot-making to force the errors from Brady.

Although the American tried to be aggressive as possible, there was no control when constructing points against a dominant Osaka.

Two breaks of serve in quick and convincing fashion saw a 4-0 lead as a second Australian Open title was in sight.

A mini fight back, saw Brady restore some competitiveness in the contest, with some good serving and controlled aggression from the baseline as the score was reduced to 4-2.

However, unable to take advantage of a half-opportunity in the next game, it wasn’t to be Brady’s day.

It is now 21 victories in a row since the Cincinnati tournament in New York last year.

It isn’t just a multi-million prize at stake for Osaka as she seeks major title No.4. 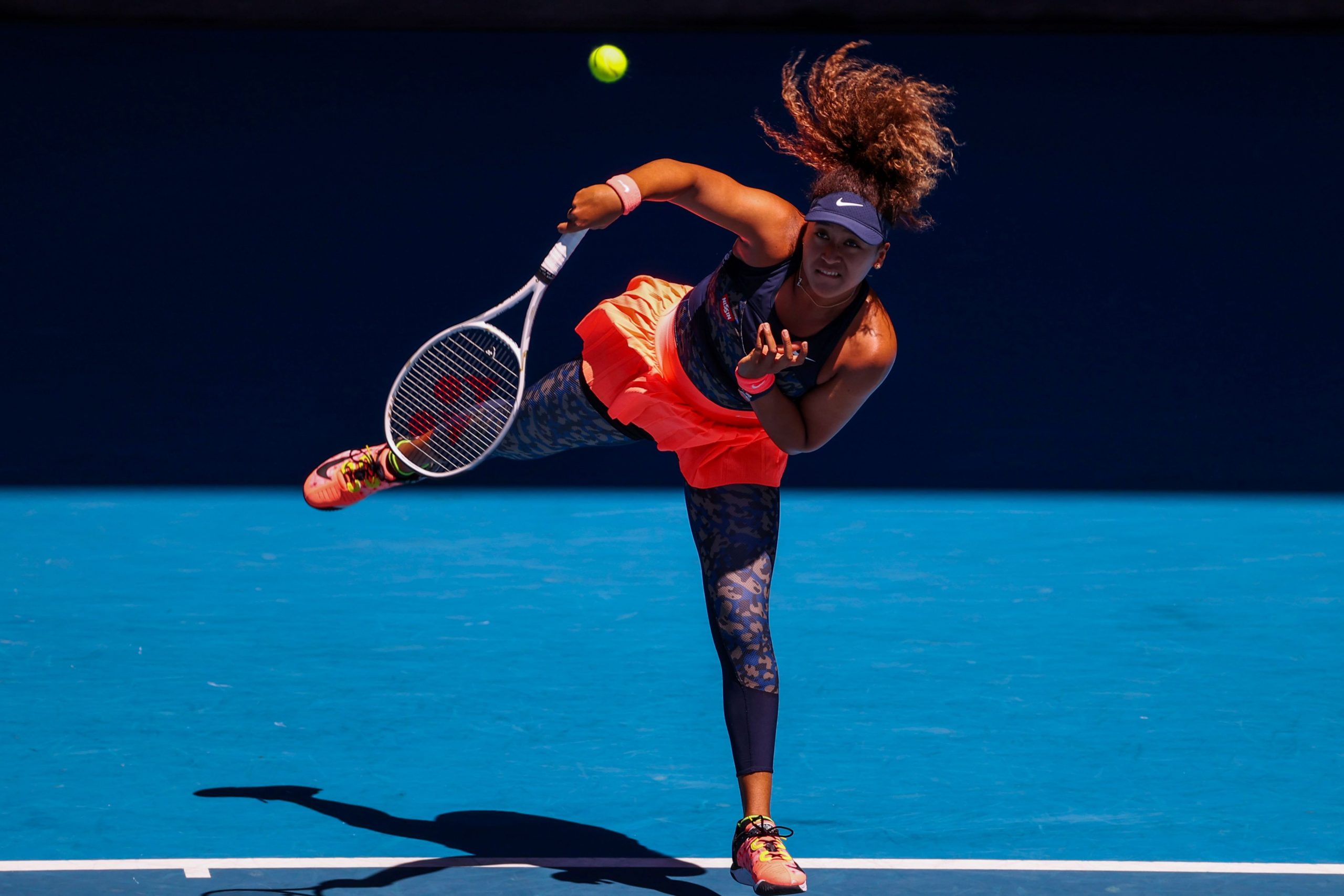 There is no doubt that Naomi Osaka will be the overwhelming favourite heading into the Australian Open final when she plays Jennifer Brady.

The world No.3 is currently on a 20-match winning streak since losing a Fed Cup tie 12 months ago. A run of wins which has only been achieved by Serena Williams and Victoria Azarenka on the women’s Tour since 2010. The recent dominance by the Japanese player has even led to Justine Henin branding her the ‘new boss’ of women’s tennis.

Although victory in Melbourne Park won’t be as straightforward against Brady who is through to her first major final at the age of 25. The two met in the semifinals of the US Open less than six months ago with Osaka battling to a 7-6(1), 3-6, 6-3, win. Osaka also won their match played at the 2018 Charleston Open but did lose to the American back in 2014 at an ITF event.

At stake for Osaka is 1000 ranking points and A$2,750,000 for the winner.  Although there is also a series of other milestones she will achieve if she gets the better of Brady on Saturday :-

The women’s final will start at 08:30 GMT on Saturday 19th February.