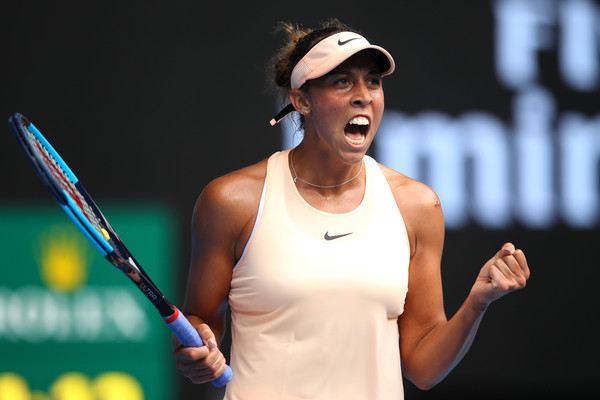 The win ends a run of three straight losses for the American and it is her best showing at an event since she reached the same stage at the Australian Open.

“I’m really happy to get some back-to-back matches in and looking forward to more,” Keys said in her on-court interview.

The 2017 US Open finalist made an excellent start to the match as she raced into a 5-1 lead. Then Giorgi found some rhythm. Having struggled to cope with the American’s consistency from the back of the court, the Italian responded in the only way she knows: by being very aggressive.

It worked for a while as Giorgi started to hit winners and dragged the score back to 5-4 in Keys’ favour. This prompted the American to summon her coach Lindsay Davenport.

The three-time Grand Slam champion encouraged Keys to ensure she moved as well as possible and make Giorgi play extra balls when the Italian served in the next game.

The World No.14 clearly listened as she drew two errors from Giorgi, hit a precise forehand winner to make it 0-40 and then sealed the break and the set with an excellent forehand pass. 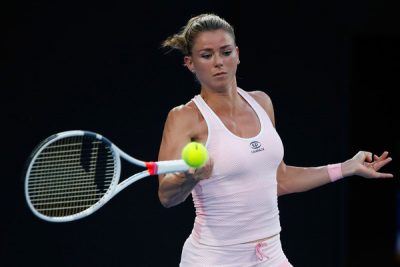 Set two went comfortably with serve for the opening three games before an error-strewn game from the Italian handed Keys a break and a 3-1 lead.

The American also made a lot of errors in the next game but, unlike her opponent, she managed to hang onto her serve. This proved to be crucial, as Keys hit four aces and a stunning forehand winner en route to two easy holds to polish off an easy victory.

The 7th seed will now play fellow American Bernarda Pera in the last eight after the World No.101 edged out Sara Errani 6-3 2-6 6-4.

The American talked about what it was like facing Giorgi. She said, “I think the biggest thing is just weathering the storm. She’s going to hit some amazing shots, and it was really just me trying to get one more ball in.” 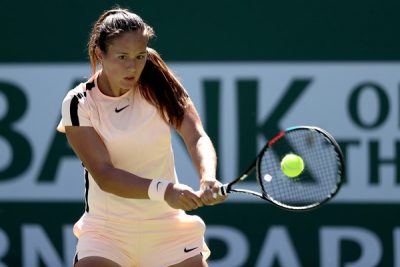 In the other half of the draw, defending champion Daria Kasatkina hammered Irina-Camelia Begu 6-2 6-1 in just 65 minutes to book her place in the last eight.

The Russian, who was the runner-up at Indian Wells, hit 13 winners and earned six breaks of serve as she dominated her Romanian opponent from start to finish.

After the win, Kasatkina said she is “more mature” than she was when she won the title last year. That increased maturity has showed in the Russian’s tennis in 2018 as she has already reached two finals and a semi-final at Premier events. 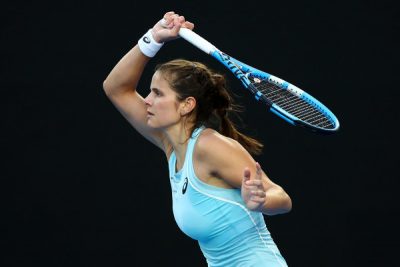 The Japanese player started stronger and opened up a 4-2 lead in the first set. However, Goerges used all the weapons in her game to break back and restore parity.

She drew an error with a clever sliced backhand and defended outstandingly to outlast Osaka and make it 0-30. Then the German produced a stunning combination to set up three break points. She hit a venomous forehand return out wide before slicing a vicious backhand across court that the Japanese could only clip into the net.

Osaka did superbly to save all three, but Goerges did not give up. She hit two massive groundstrokes – one on each side – that were too hot for the World No.21 to handle to win the next points and clinch the break she needed.

After another break apiece and three love holds, the German won a tie-break littered with errors to take the first set. However, the second set was much more comfortable for Goerges as, with the exception of one poor game, she dominated on serve to win it 6-3.

“Today proved again that I’ve developed in the right direction because a few years ago I might not have won a match like this,” Goerges said in her on-court interview. “I managed to find a way (to win) against probably one of the hottest players on tour right now.”