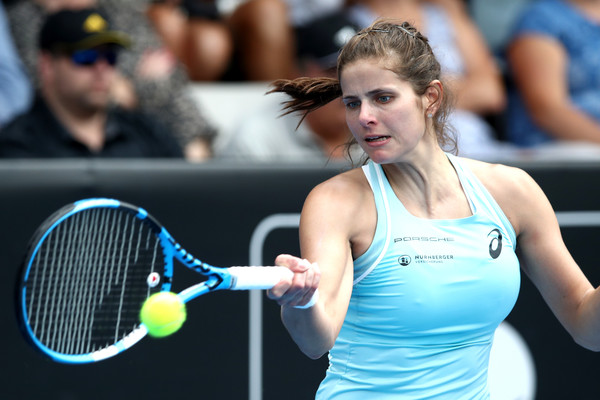 Julia Goerges performed superbly to beat defending champion Daria Kasatkina 6-4 6-3 and earn a spot in the Charleston semi-finals for the first time.

The victory, Goerges’ third in succession over the Russian, moves her above her opponent in the world rankings. It also takes her win-loss record for 2018 to an impressive 15-5.

The German made a sloppy start to the match as she gifted Kasatkina an early break with four unforced errors. However, the German unleashed some huge groundstrokes to earn deuce on the Russian’s serve in the next game.

And Goerges took advantage of the situation. She snatched the immediate break back with a superb volley and an excellent inside-out forehand winner.

Kasatkina matched the German’s achievement and the set remained close throughout. Then, at 5-4 up and 30-30 on her serve, the Russian made an error to give her opponent set point and Goerges struck the telling blow.

The German set up the point with a good cross-court return, then smacked a forehand back behind Kasatkina to clinch it. 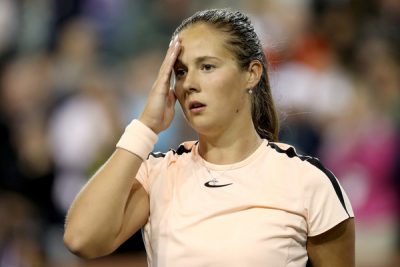 Goerges dominated on serve in the second set. She hit four aces (to make it nine for the match), won 94% of points behind her first serve and only lost five points during five consecutive holds.

This gave her complete control of the match, and all she needed to do was break Kasatkina once. The German did exactly that in game six thanks to an excellent forehand winner, a narrow line call from the umpire and then a forehand error followed by a double fault from the Russian.

After that it was for easy for Goerges, who hit 33 winners in the match, and she wrapped up the set 6-3 to earn a comfortable win over a high-quality opponent. The German will now face Anastasija Sevastova in the last four after the Latvian beat Kristyna Pliskova 6-4 6-0 in impressive style.

“I’m pretty happy about my performance today,” said Goerges in her on-court interview. “It was another improvement from first to second and now to third match and I’m just very glad about it.”

“I had to be patient and wait for opportunities to be aggressive. I’m an aggressive player but sometimes I need to wait two or three more balls.”

The German continued, “(Kasatkina) is a very good mover but at the same time, when she steps in, she creates some very good angles and some height on the ball, so I tried to take that away from her and I’m glad that it worked.”