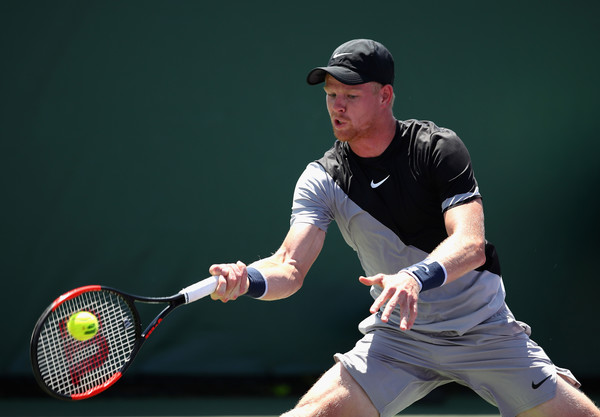 Kyle Edmund’s excellent week in Marrakech ended in disappointment as he was hammered 6-2 6-2 by Pablo Andujar in the final.

The Brit, who will move up to a career-high of 23 in the world rankings on Monday, beat Jiri Vesely, Radu Albot, Malek Jaziri and Richard Gasquet en route to the championship match.

But the final proved to be one step too far for Edmund, as Andujar outplayed him in every department. The Spaniard, who also won this tournament in 2011 and 2012, served well, rallied superbly and hit several superb winners – especially on his forehand side.

All of that contributed to the emphatic scoreline, which Andujar achieved by breaking his British opponent three times in each set and losing on his own serve just twice in the match.

Edmund unable to fight back

The Spaniard achieved his first break in the opening game after a series of sloppy errors Edmund gifted him three break points. He took the third with a precise forehand into the corner.

The Brit looked nervous as he surrendered the next two games in a flash. He fought back to break in the fourth game, but lost his serve again immediately and Andujar soon wrapped up the set.

As he did in the opener, the Spaniard earned a break in the first game of the second set. He then earned another break in game five to increase the size of Edmund’s task even further.

The Brit briefly raised hopes of an improbable comeback from 6-2 and 4-1 when he got one of the breaks back.

But it was not to be, as Andujar restored his three-game advantage straight away and then held serve under pressure to clinch the victory. 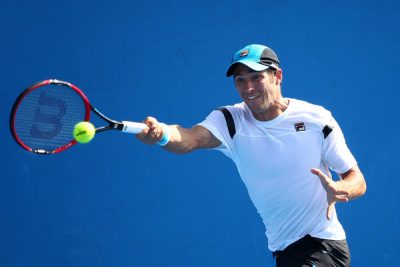 The triumph caps a fantastic return to the tour for the Spaniard after three elbow injuries restricted him to just 14 matches since September 2016.

Andujar hit form by winning a Challenger event in Alicante last week and has followed it with his third success in Marrakech to take his run of consecutive victories to ten. He is already up to 154 in the rankings and, if he continues in this vein, he could soon be back in the World’s top 100.

The Spaniard had some kind words for Edmund in his winner’s speech. Addressing the Brit, he said, “I think that you will return to an ATP final, that’s for sure. I’m sure that you will get to not a 250, but a 500 or Masters 1000 event. Congratulations for your career and your potential. I’m sure you and your team will make a great career.”

“Obviously it was not the best day for me. Congratulations to Pablo…he deserved the win today,” said Edmund in his runner-up speech. “For me it was a good tournament, my first final. I think it was my fifth semi-final so it was good to get to the final this week.”

The Brit continued, “It was a great experience for me. I’m always learning and continuing to build on my game. Obviously it wasn’t the result I wanted today, but it’s been a good year so far.”

Steve Johnson Set For All-American Clash With Sandgren In Houston