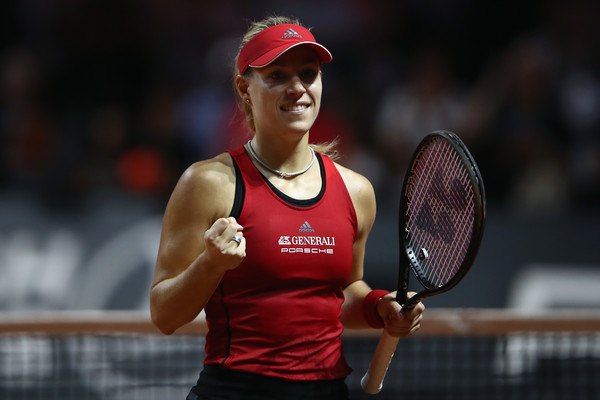 Angelique Kerber produced a polished performance to see off the challenge of Petra Kvitova 6-3 6-2 in the first round of the Porsche Tennis Grand Prix in Stuttgart.

It was quite a turnaround for the German, who lost 6-2 6-2 to the same opponent on exactly the same court in the Fed Cup during her country’s 4-1 defeat by Czech Republic just a few days earlier.

In that match, Kvitova was on top form and her trademark powerful groundstrokes proved too good for Kerber.

However, the Czech was unable to reproduce that kind of performance as she made 32 errors and surrendered her serve four times.

The German played far more consistent tennis. She made very few unforced errors and won 71% of points on her first serve and 57% behind her second. She also saved three break points as she held throughout.

Both players took a while to get going at the start of the match, but they held firm on their serves initially. Then Kerber went on a charge and only lost four points in the next four games from 2-3. 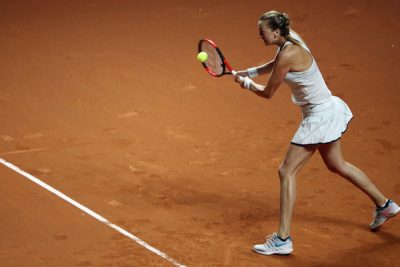 She held to love and earned her first break thanks to some sloppy groundstrokes from Kvitova. The German then followed that with another easy hold to establish a 5-3 lead, before clinching the set by breaking her Czech opponent for the second time in succession.

Despite the more emphatic scoreline, the games were actually closer in the second set. Kvitova had break points in Kerber’s first two service games of the set but she was unable to convert them.

And ultimately that cost her, as the German took her first chance to break to lead 3-1 and never faced another break point in the set. She sealed her victory with another break in game eight.

“I know what to expect, and it’s not an easy match,” Kerber told wtatennis.com. “I lost against Petra on Sunday, but I was trying to play my game and focus more on my side of the court, and playing aggressive. I’m happy to be in the next round.”

The German’s next test will be against Anett Kontaveit in the last 16, after the big-hitting Estonian edged out Kristina Mladenovic 5-7 7-6(3) 7-6(5) in a titanic battle that lasted over three hours. 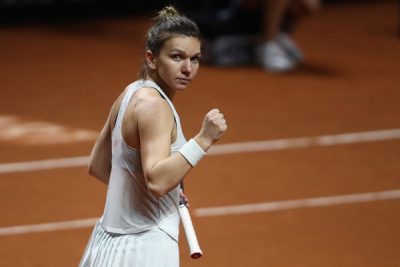 Simona Halep came through a more difficult encounter than her German rival as she fought back from a set down to beat Magdalena Rybarikova 4-6 6-2 6-3.

The Romanian received treatment for a muscle problem as she struggled for rhythm in the opening set. However, she said in her on-court interview after the match that she “didn’t want to stop”.

And the World No.1 certainly did not let her discomfort discourage her as she clawed her way back into the match after going a break down in the second set.

Trailing 2-1, Halep produced her best tennis of the match so far to break back immediately and that kick-started a run of five games in a row to take the second set.

Then the Romanian stepped things up again in the decider. After losing a tight game on serve, she put relentless pressure on Rybarikova’s serve. The Slovakian crumbled and parity was restored.

Halep looked confident at this point, and she earned the decisive break in game six. She produced a superb cross-court backhand to win the point of the match and go up 0-30, and then crunched a forehand at Rybarikova’s feet as she attempted to serve and volley. 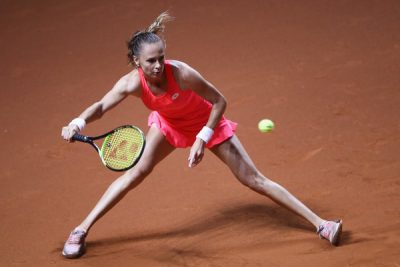 The World No.1 sealed the break to love with a superb forehand winner and closed out the match with two comfortable holds.

“I tried to stop missing because at the beginning of the second set I started to miss a lot,” Halep said in her on-court interview. “Then I found my rhythm and played point by point.”

“Always on clay I’m thinking about keeping the rallies longer. If we go to a third set, I feel that I’m strong enough to play good tennis. I’m not afraid to stay in the match and the rallies, so that’s why I like clay.”

Halep also spoke about her injury scare. She said, “In the first set at 3-3, I just felt my muscle, so it was really tough to keep playing, but I didn’t want to stop. And then I just didn’t think too much about the injury and kept playing.”

“It’s really tough on this court, and I’ve never played my best tennis here. But if you get used to it, you can play at a good level.”