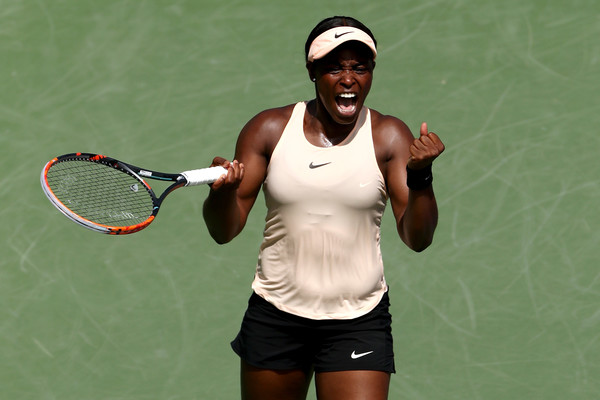 Sloane Stephens beat Victoria Azarenka 3-6 6-2 6-1 in a bizarre match to reach the final of the Miami Open for the first time.

The result also means the American has now won 23 of the 28 matches she has played in North America since returning from injury last June.

Victory for Stephens looked an unlikely outcome after she went 3-0 down due to a sluggish start, lost the opening set 6-3 and then slipped 2-0 behind at the beginning of the second set.

However, the 2017 US Open champion managed to motivate herself to raise her game and she went on an extraordinary run as she won 10 of the last 11 games to earn a place in the final.

After Azarenka dictated the opening exchanges and moved into a 3-0 lead, Stephens got herself warmed up and into the match by levelling the score.

The Belarussian responded by increasing her aggression and hitting deeper. And her approach worked as she again strung three consecutive games together to take the first set 6-3.

A Remarkable Turnaround for Stephens

Azarenka extended her run of successive games to five by racing into a 2-0 lead in the second set. But it was a false dawn for the two-time Australian Open champion as Stephens suddenly roared into life.

When Azarenka made a couple of double faults to slip down 0-30, Stephens pounced on the opportunity and broke to love. She then withstood considerable pressure from the Belarussian to hold and level the score. 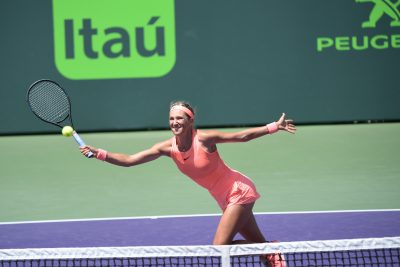 Game five was pivotal. Azarenka made a couple of errors to gift Stephens three break points, and then saved all three with a series of trademark groundstrokes.

But the American seemed determined to break and she saved two game points before earning her fourth break point. She took it by hitting a fierce forehand that Azarenka was only able to deflect wide of court.

The Belarussian was clearly shaken by the turn-around and she was outplayed by Stephens for the rest of the set as the American stormed through the remaining three games to win it 6-2.

Stephens immediately went up a break in the decider against an increasingly frustrated Azarenka by producing a stunning forehand winner to clinch a closely-fought opening game.

By this point, the Belarussian seemed preoccupied with certain individuals making too much noise in the crowd and the unforced errors were beginning to mount up.

After a comfortable hold, the American broke down Azarenka’s resistance again to earn a double break and suddenly the final was within reach.

Unfortunately, the Belarussian seemed to be suffering with some kind of fitness issue during the latter part of the final set and, although she managed to earn one hold, it became something of a procession as Stephens wrapped up the set 6-1. 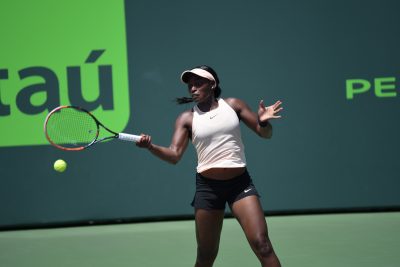 “We played some really good points”

“I think she came out playing really well, and I knew I was going to have to fight regardless of what happened last week,” said Stephens in her press conference.

She continued, “I wasn’t playing terribly. I had a lot of errors, but I didn’t feel like I was just not in the match. So I knew if I stayed with it I would be able to get my opportunities, and I did.”

Stephens was asked about her exuberant reaction to winning the match. She said, “That’s obviously a good win for me. It’s someone I have lost to three times prior to last week. So I had to play some of my best tennis today.”

“I thought it was a really great match. Some of you might not agree, but I thought that we played some really good points. Yeah, I’m excited. I’m happy to be in the final. I think anyone would be. Hopefully I take that good tennis into Saturday’s final.”

Stephens was also asked about the incredible run of qualifier Danielle Collins, who she might face in an all-American final. She said, “I think it’s awesome. The last time I played her was in a 14s designated in Florida. I think it’s really awesome to see girls who go to college and then are able to play on tour.”

“I think that’s really cool. Education is really important. I think she said at Indian Wells she was the first person in her family to graduate. I respect that and I think it’s really awesome. For her, growing up, playing junior tennis with her, that’s really incredible and I think she’s a great story. I’m super happy for her.”