Rafael Nadal To Focus On His Health, Not The Battle For No.1 - UBITENNIS 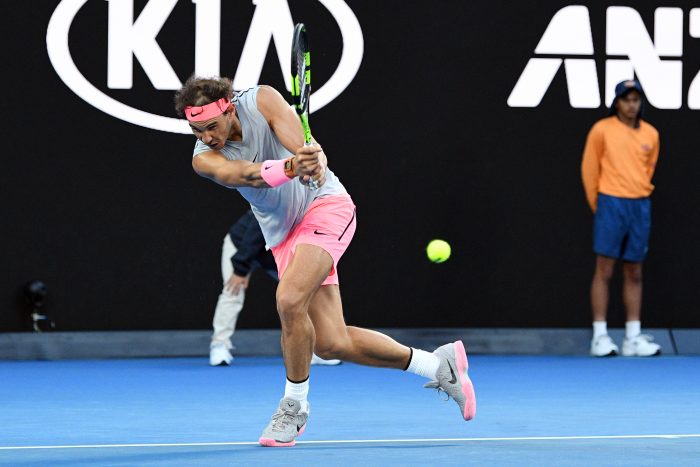 10-time French Open champion Rafael Nadal has played down the prospect of battling for the No.1 position this season ahead of his return to the tour.

The Spaniard hasn’t played a competitive match since retiring from the Australian Open. In the quarter-finals of the event, Nadal picked up an upper leg muscle injury. It was only the second time in his career that he had retired during a grand slam match. The setback was a bitter pill for Nadal to swallow, who criticised schedule of the tour shortly after his withdrawal.

“It’s not the first time, of course it is tough. Especially at this point when you feel ready to compete well.” He told atpworldtour.com on Monday. “I can’t complain. I have to keep going, keep working and that’s what I did.”

Nadal will return to action this week at the Mexican Open in Acapulco, where he will be the top seed. He is a two-time winner of the tournament, last triumphing in 2013 when the event was played on clay. Last year he finished runner-up to Sam Querrey.

“I’m happy to be here (in Acapulco). I feel recovered from what happened in Melbourne. I took a couple of weeks to rest and worked hard on my rehabilitation. Last week I started practicing hard again and I feel great. “ Nadal explained.

This year’s draw in Acapulco has one of the strongest the tournament has ever had. Six out of the eight seeded players are currently ranked in the top 10. Other entrants include Alexander Zverev, Dominic Thiem, Jack Sock, Kevin Anderson and Juan Martin del Potro.

The race for No.1

During his absence from the tour, Roger Federer dethroned Nadal from the top of the ATP Emirates rankings. The Swiss currently leads the second place Spaniard by 345 points. Setting the scene for a potentially gripping battle between the two for the top spot. The only thing is that returning back to No.1 is not the main priority for Nadal.

“The important thing is to be healthy. To work that way I want to work.” He stated.
“I don’t want to fight for that (No.1 place). I am going to do my calendar and then see what is going on.”

The Spaniard has hailed the achievements of his rival at the age of 36. Federer, who recently withdrew from the Dubai Tennis Championships, is spending his 801st week in the top 10. The second longest in history after Jimmy Connors (817 weeks).

“It’s great to see him back at world No.1. Just congrats to him, he has done so well the past year. He deserves it.” He said of Federer.

Nadal will take on Feliciano Lopez in the first round at Acapulco.

Ubaldo Scanagatta analysis the key matches that took place in Melbourne on Sunday, which includes the roller-coaster win of the Swiss Maestro.

Sunday in Australia saw two of the big favourites in the men’s draw progress, but it was far from straightforward for one. Roger Federer had to battle back from a set down to edge out Hungary’s Marton Fucsovics. Setting him up with a clash against world No.100 Tennys Sandgren. Meanwhile, defending champion Novak Djokovic is rapidly gaining in momentum following his triumph over Diego Schwartzman.

In the women’s draw, Ash Barty has given herself a shot of revenge after setting up a quarter-final meeting with Petra Kvitova. The same player who beat her in the last eight of the tournament 12 months ago.