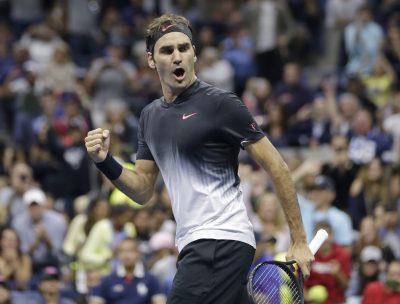 Rising Australian star Nick Kyrgios has complained about the sport’s long calendar, Murray is asking for an inquiry to be conducted into the sudden breakdown of the game’s biggest names. Except Federer, four of the Big 5 are racing against time to get fit for the year’s first Grand Slam, the Australian Open, which gets underway in Melbourne on January 15.

Federer’s nemesis Nadal and countryman Wawrinka are out with a knee injury, whereas Murray and Djokovic are battling hip and elbow problems respectively.

In total, 12 of the top 20 in the world experienced serious injury issues last year, but the Swiss claimed it wasn’t a surprise.

“Shave 10 years off our age and we probably will do better,” Federer said.

“It was like normal at 29, 32, to start looking towards the end of your career. Now you guys expect everybody to play till 36.

“(A) wrist (injury) to me is not something that comes from overplaying, especially if it’s your left hand,” Federer said.

“That’s just a move I can’t relate to because I don’t play double-handed.

“From what I’ve been told, the wrist is always in a troubled position with that flicking that’s going on more and more these days.

“I think Andy (Murray) even broke his wrist. Maybe that was something else, I’m not sure. Del Potro has had three of them. I think these things tend to happen.”

Novak Djokovic to return to action before Australian Open