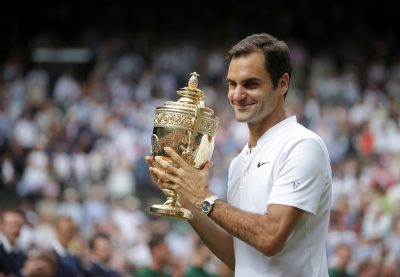 Former British No. 1 Tim Henman has come out with his own theory of 19-time Grand Slam champion Roger Federer’s grand success on the ATP tour.

According to Henman, a former World No. 4, the secret to the Swiss superstar’s continued dominance has been his near perfect schedule management skills. For years, Federer through careful management of his playing schedule, remained injury free until 2016 when a knee injury forced him to end his season mid-year after Wimbledon.

But he made a spectacular comeback from that injury layoff by claiming the Australian Open and Wimbledon titles in 2017.

His decision to skip the entire clay court season was initially criticized heavily, but when he won his 8th Wimbledon crown at SW19, it clearly showed that Federer’s meticulous planning behind his schedule certainly helped him in achieving that feat.

And Henman believes it will not be easy to make any chances to the existing tennis calendar and emphasized that Federer is the best among the current players, opting for the right blend of rest and participation in ATP events.

He told Express Sport: “I don’t think there is a massive amount you can do [about the schedule].

“In an ideal world, if you sat down and said everything is up for change, you’d probably put the Australian Open in the last two weeks of February.

“But it’s just very difficult to make those changes. I think that’s when it comes down to the player’s responsibility and understanding to make sure they get their schedule right.

“You’ve got to pace yourself and get the rest, recovery and recuperation at the right times.

“And for me, that’s something Federer has done so well over the years and it’s definitely played a big part in his longevity.”

Jordan Thompson Ready To Build On 2017 Success At Home Slam