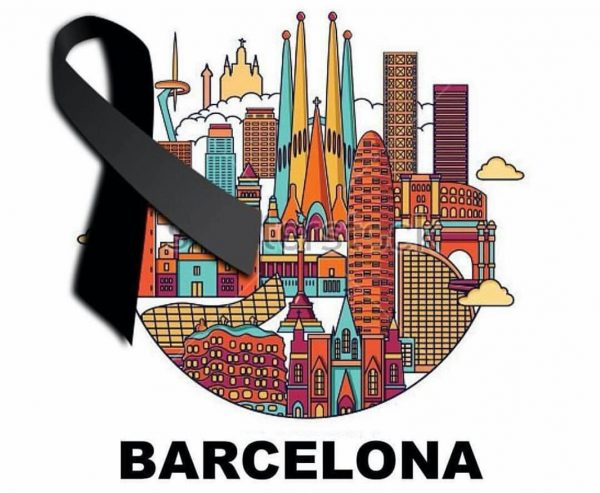 Grand slam champions Rafael Nadal and Garbine Muguruza has spoken out about a devastating terrorist attack that struck in the heart of Barcelona.

On Thursday a van driver went on a rampage in the tourist hotspot of Las Ramblas. At least 13 people have been killed and over 100 injured in the attack. Later in the day a second incident occurred in Cambrils, resulting in police killing five attackers who were reportedly wearing fake explosive belts.

Leading the reaction is Rafael Nadal, a ten-time champion of the Barcelona Open. An annual ATP clay-court tennis tournament located approximately 6km away from the scene of Thursday’s attack.

“Shattered by what has happened in Barcelona! All my support for the families affected and the city,” the 31-year-old tweeted.

Muguruza spoke of her shock following her marathon win over Madison Keys at the Western and Southern Open. The Wimbledon champion triumphed 6-4, 3-6, 7-6 (7/3), in a rain-delayed match. Muguruza moved to Barcelona at the age of six and trained at the Bruguera Tennis Academy.

The world No.6 learned about the attack during a rain delay in Cincinnati and called her friends to check their safety. Asked if the news affected her performance against Keys when they resumed the match, Muguruza explained that she drew upon her experience.

“I’m used to putting so many things aside to be able to compete. That’s my every day, putting things aside and going out there and have two hours of concentration of tennis,” she explained.

Taking to Twitter, Roberta Bautista Agut wrote that he sends ‘strength to the affected people, family and friends.’ Meanwhile, Carla Suarez Navarro said she was ‘dismayed’ about the terrorist attacks.

Former world No.12 Feliciano Lopez tweeted that he has been left speechless over the incident: “I have no words to express the sadness and helplessness I feel for what happened in Bcn. Hugs to all the families concerned.” Lopez wrote.

David Ferrer, who will play his quarter-final match in Cincinnati later today, expressed his support for the Barcelona public: “All my solidarity with the people affected in the attack of Barcelona .. Very sad all that is happening.”

A police investigation into the terror attacks is ongoing.

Five Things To Know About Rafael Nadal’s Return To No.1

At The Age Of 37, Venus Williams Continues To Inspire Her Rivals