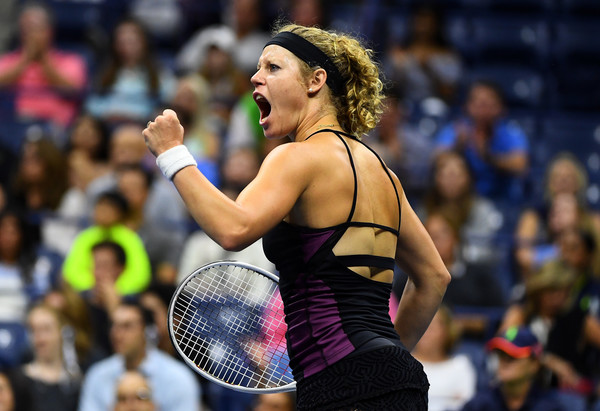 Both Williams and Siegemund exhibited a lot of return prowess in the opening set, with only 3 holds of serve in the set. Siegemund made Venus move around a lot, thus prohibiting the American from completely overpowering her. At 5-4, the World No. 37 held serve for the second time, and took the first set 6-4. Service games were more stable in the second set, and Venus Williams raised her level, but the German stayed with her. After a long game at 3-3, Venus got broken, which later led to Siegemund serving for the match at 6-4 5-4. Siegemund had a match point at 40-30, but Williams broke back and eventually the match headed to a tiebreak. The American dominated it and won the tiebreak 7-3. Williams took a 3-1 lead in the final set, but then came a string of breaks. Venus was serving for the match at 5-4 and had two match points, both eradicated by brilliant rallies from Siegemund. The German won the next 3 games, and finally succeeded on her 4th match point.

Since her Round of 32 run at the US Open (where she lost to Venus) and her mixed doubles title there as well, there hasn’t been much to celebrate for Siegemund, winning only 2 out of 13 matches before entering Charleston. In her opening round, the German ground out a win in the final set tiebreak against Tsurenko, her first win since Dubai. After her win over Williams, Siegemund said that she feels like she is playing well and played well recently, but failed to take the extra step to get the win. The German will need every win she can get here, as she is defending quarterfinals in Charleston, but more importantly a final in Stuttgart. Her upcoming opponent in the Round of 16 will be 15th seed Lucie Safarova of Czech Republic.

36 year-old Venus Williams has returned to the Top 10 after her Miami semifinal run, but after this early exit, the live ranking has her at No. 11 behind Keys, possibly falling to No. 12 behind Wozniacki as well. Luckily for Venus, she only has 300 points to defend until Wimbledon, giving her some chances to go up in the rankings, if she wishes to.