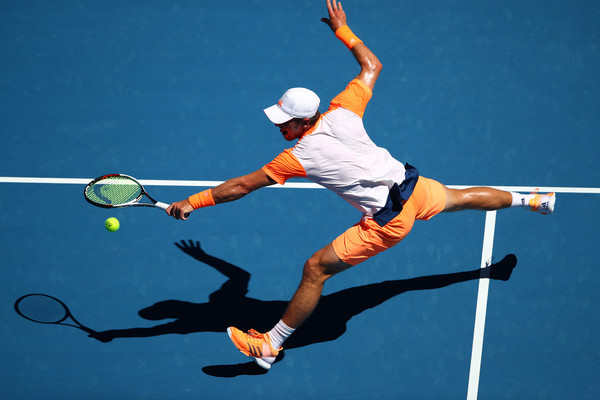 World No. 1 Andy Murray will have to wait at least another year before capturing his first Australian Open title.

With 19-year-old Alexander Zverev eliminated after his five-set bout with Rafael Nadal, Mischa Zverev — Sascha’s older brother by a decade — was left with the responsibility of running the family business for the rest of the tournament.

Zverev, a left-handed serve-and-volleyer, played like he had nothing to lose, perhaps because he felt like he was playing on borrowed time after fighting off a match point to beat American John Isner 9-7 in the fifth set during Round 2.

In the first set, with the help of the net cord, Murray drew first blood by breaking to take a 3-1 lead. Zverev broke right back on a backhand winner, though, and consolidated to even it at 3-3. Murray later broke to go up 5-3 after Zverev netted a backhand volley. But Zverev caught fire shortly after, winning the next four games and taking the set 7-5.

In the second set, Murray got an early break on a forehand pass, consolidating to go up 3-0. Then a series of misses by Murray put the set back on serve. Fast-forward to the business end of the set: Zverev saved four set points on his own serve, but Murray wound up breaking two games later to win the set 7-5 and even the match at one apiece.

Then Zverev got the first break of the third set, sticking a backhand volley to break Murray at love and take a 3-2 lead. He then went on to win the three games that followed and win the set 6-2, putting himself a set away.

In the fourth, the German with the vintage game continued to dominate over the tennis’s highest-ranked player, breaking right off the bat and holding for 2-0. This left Murray trying, and failing, to play catchup for the remainder of the set. Zverev won the set 6-4 and earned himself a spot on the quarterfinals.

“It means the world to me that my whole family’s here, and my box is full and, and I have so many people that support me. It’s just amazing,” Zverev told Jim Courier in his post-match interview.

Zverev will play the winner of Roger Federer and Kei Nishikori.