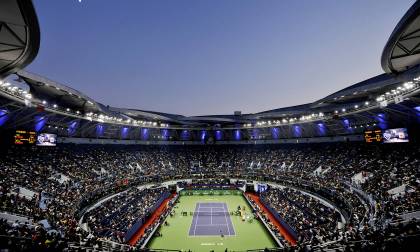 The Association of Tennis Professionals published a graphic with the court speed of the Master 1000 tournaments and of the ATP finals.

Tennis surfaces have been slowed down a lot in the last few years to support longer rallies and a more entertaining game, so that the serve and volley has almost disappeared and few players look for the net. 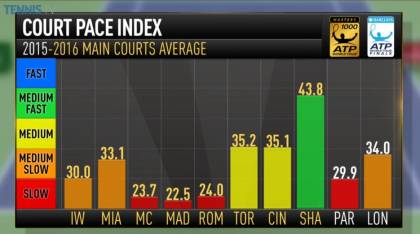 Looking at the results, we can see that there are no tournaments with a “Fast” surface, and only one with a “Medium Fast” one, which is Shanghai. The Chinese Master 1000 has by far the quickest surface, at 43,8, and it is not a case if Mischa Zverev, who has a very offensive game, just reached the quarterfinals.