The race is on for the Olympic Gold as players make their last minute preparations ahead of the start of the tennis competition in Rio de Janeiro.

Five events featuring 172 participants will take place at the newly built Olympic Tennis Centre in Barra da Tijuca, west of Rio. Leading up the competition, the tournament has been marred by a series of high profile withdrawals due to injuries and fears concerning the Zika Virus. Despite those withdrawals, this year’s event could still set a series of historic records.

At the London 2012 Games, Andy Murray defeated Roger Federer to become the first British man to win an Olympic gold in the singles competition since Major Josiah George Ritchie in 1908. The achievement was the biggest milestone in Murray’s career at the time before he went on to win three grand slam titles, including this year’s Wimbledon crown.

“The Olympics are important to me. I loved the whole experience, both at Beijing 2008 and London 2012, where I won gold. It makes you realise just how special they are.” Murray told olympic.org.

This time round, Murray has a chance to secure his place in Olympic history forever. No man has ever been able to win back-to-back gold medals at the event. Furthermore, the defending men’s Olympic champion hasn’t even been able to reach the final in their next Olympics. The task is one that the golden boy of British tennis is relishing.

“Winning medals for your country is as good as it gets and I can’t wait to get to Rio to try and win more.” The world No.2 said earlier this year.

Prev1 of 5Next
Use your ← → (arrow) keys to browse
Related Topics:
Up Next

Petra Kvitová grinded past Paula Badosa to reach the last 32 at the Australian Open. 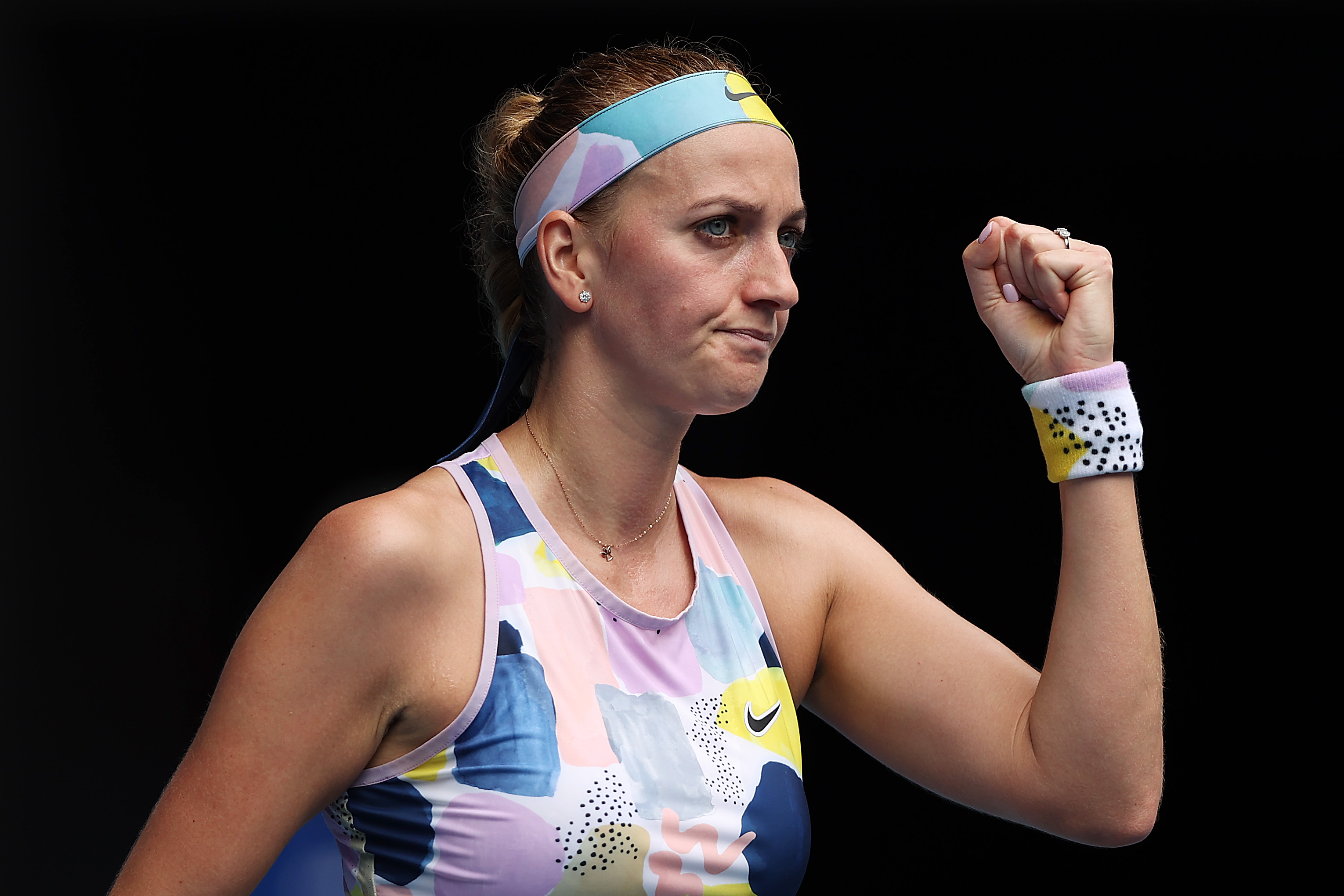 Petra Kvitová battled past the windy conditions to defeat a spirited Paula Badosa 7-5 7-5 to reach the last 32 at the Australian Open.

Experience was the key for Kvitová as she grinded out a tough straight sets win over talented Spaniard Paula Badosa to reach the third round in Melbourne.

Next for last year’s finalist is Ekaterina Alexandrova or Barbora Krejcikova.

In windy conditions, Kvitová continued her bid for grand slam success against hard-hitting Spaniard Paula Badosa and immediately struggled to judge the flight of the ball.

As for the Badosa, she seemed unfazed by the occasion ripping balls and creating space to hit winners past the Czech Republican.

It was also the Spaniard’s ability to return deep into the court that gave her opportunities to break serve after surviving a few early scares.

Some of that great returning was on show as she secured the first break of the match at 4-2 and settled into the contest well.

There was an immediate fightback though from last year’s finalist as a few powerful forehand saw her wrestle the break back and let out a huge ‘Pojd’ scream.

After being unable to detect her opponent’s game, Kvitová went up a gear as she managed to neutralise Badosa’s big serving and hitting.

Another break at the start of the second set was the momentum that Kvitová needed against a gritty and powerful opponent like Badosa.

But the Spaniard’s resolve continued to shine as she forced more errors out of the two-time grand slam champion and broke back.

Both players proved threatening on return and had many opportunities to secure the crucial break as it was first-strike tennis at its very best.

In the end though Kvitova proved why she has been a top 10 player for so long as she saved three set points as she powered to another break in the eleventh game and held to secure a tight straight sets win.

It was a gritty, determined performance from Badosa who proved why she has a lot of potential to do well in the game.

However experience was the key for Kvitova as she dealt with the tricky conditions and the power of Badosa to make the third round against either Ekaterina Alexandrova or Barbora Krejcikova.

In the pick of the other results, Iga Swiatek and Anett Kontaveit both advanced to round two with straight sets wins over Timea Babos and Astra Sharma respectively.

Alexander Zverev Marches Past Cecchinato To Win First Match Of 2020

Alexander Zverev produced a rare straight sets win at a grand slam to reach the second round in Melbourne. 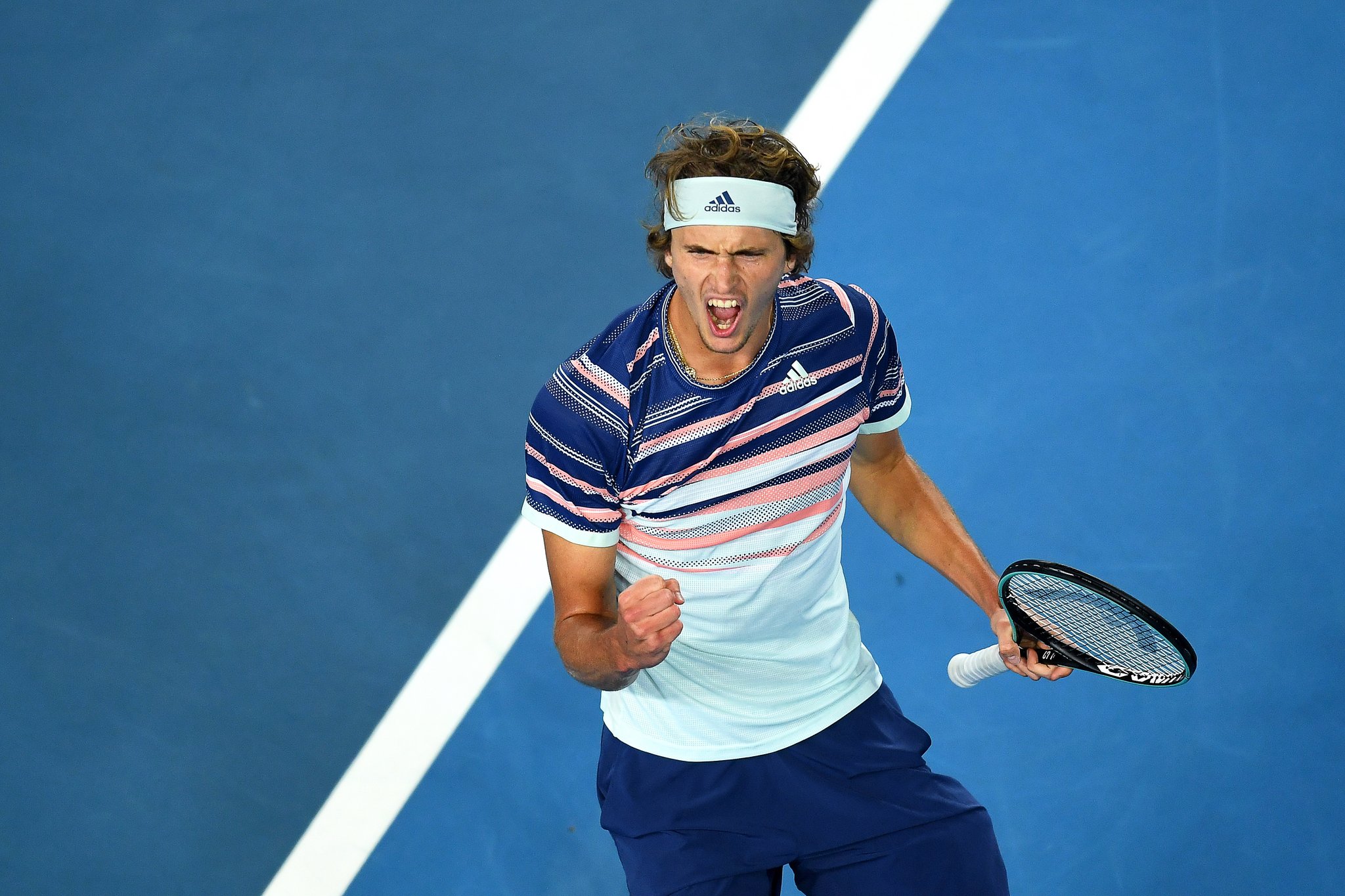 Alexander Zverev produced a solid match to beat Marco Cecchinato 6-4 7-6(4) 6-3 to reach the second round of the Australian Open.

The German was the more clinical player as he won his first match of the 2020 season with a straight sets win at a grand slam.

Next for Zverev will be either Casper Ruud or Egor Gerasimov as he looks to reach the last eight in Melbourne for the first time in his career.

At the start of another Alexander Zverev grand slam journey, the German produced a solid start as both players opened up the court nicely.

Trading hard-hitting groundstrokes from the back of the court, Cecchinato looked the more likely to gain the opening break as his backhand was on top form.

Eventually it was the Italian who sealed the breakthrough at 4-2 but the lead didn’t last long as his serve under pressure failed him.

Now back on track, Zverev’s return game was on form when it needed to be and some great athleticism was on show as he broke in a long-winded game to serve for the set.

Serve for the set is what the German did as he completed a run of four consecutive games to win the opening set.

There was more of the same from the world number seven as he remained solid on serve while Cecchinato looked to be more aggressive and move into the baseline more often.

Once again some aggressive backhands set up the chance to break the Zverev serve which he did on the fourth occasion in the game.

However once again the former Roland Garros semi-finalist cracked under pressure as Zverev glided around the court to force the errors out of Cecchinato.

A break back when serving for the set saw Zverev back in the match as he managed to cut out some unnecessary errors from his game.

The German’s determination and heart would be rewarded as he managed to produce his best tennis when it mattered as he took the second set tiebreak 7-4.

It was a roar of delight for Zverev as he secured a two sets lead while Cecchinato was left frustrated as he missed some simple returns.

The world number 77’s frustrations continued to grow as his early break advantage was once again snuffed out by the Opportune German.

Eventually it would be Zverev who would be the more clinical player and capitalised on his opponent’s mistakes better as another break in the eighth game secured an important victory for Zverev.

It isn’t often that Zverev wins in straight sets at a grand slam event in the first week, so to achieve that in the opening round is a big milestone for him.

Next for Zverev will be either Casper Ruud or Egor Gerasimov in the second round as he looks to reach the last eight in Melbourne and meet Daniil Medvedev in the second week. 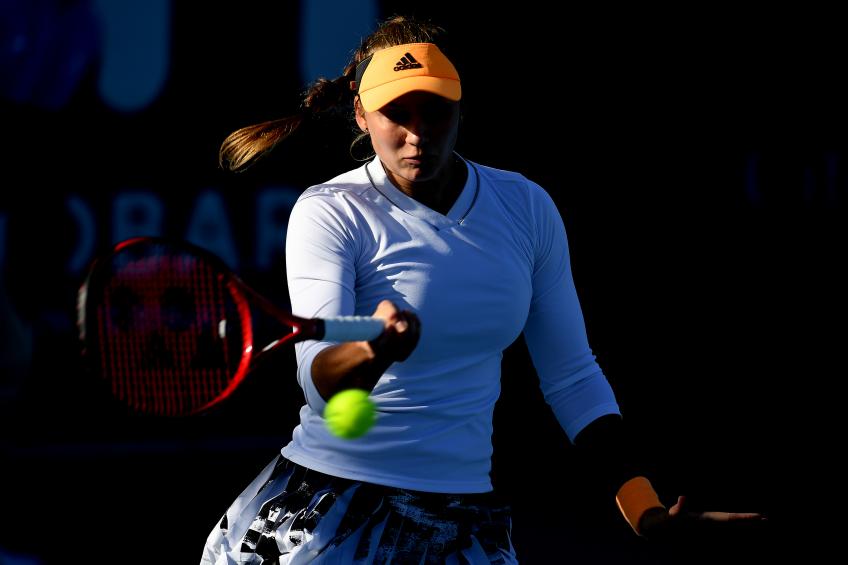