The ITF Verdict Is Out: Maria Sharapova Is Banned For 2 Years! - UBITENNIS 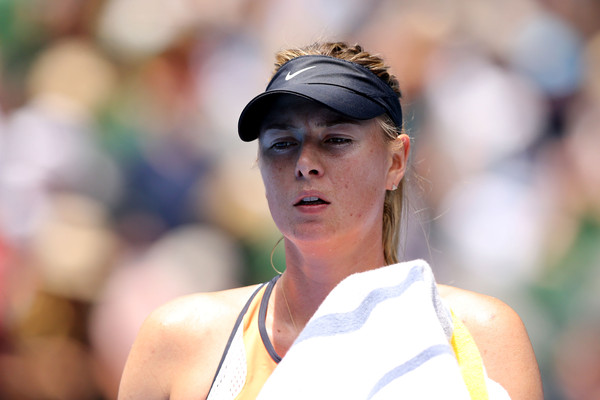 First off, for those who have trouble recalling, Sharapova was caught using a banned substance, Meldonium, which has been banned since the start of the year. There has been a ton of discussion about what the ruling will be from the ITF, and it is now confirmed that she will be banned for 2 years. However, the Russian is appealing to Court of Arbitration for Sport, to reduce the sentence given to her by the ITF. They have already given reduced sentences to tennis players in the past, for example in Marin Cilic’s case, his sentence got reduced from 9 months to only 4.

Many people, and maybe even Sharapova herself are asking, what will be next? Many people on Twitter globally have weighed in on this issue. For example, Brad Gilbert raised the issue of how Sharapova’s sponsors will react to the ban. Will they cancel their contract and renew it when she comes back? And that’s another question. Will Maria Sharapova in 2018, age 31 at the time, even attempt a comeback to the top, or is this the final blow to her career as a tennis player?

”While the tribunal concluded correctly that I did not intentionally violate the anti-doping rules, I cannot accept an unfairly harsh two-year suspension,” Sharapova said in a statement. ”The tribunal, whose members were selected by the ITF, agreed that I did not do anything intentionally wrong, yet they seek to keep me from playing tennis for two years. I will immediately appeal the suspension portion of this ruling to CAS, the Court of Arbitration for Sport.”

If the report by the ITF is looked closely at, as it has been by many journalists on Twitter, interesting facts come up, such as the fact, that even before Meldonium was a banned substance, Sharapova actively concealed the use of it and never disclosed it.

There have been only a handful of reactions from the tennis public, but no one has been outright bashing Sharapova. Billie Jean King supported the Russian, saying that by admitting the use of Meldonium early, she showed her true character. Ben Rothenberg is defending Sharapova, and claiming that her argument against the ban is legitimate, and that ITF should have notified or let her know about the change in a better way, instead of just banning her. Svetlana Kuznetsova, so far the only WTA star that tweeted about the issue is complaining about the press bothering her, asking for comments.

Related Topics:DopingITFMaria Sharapova
Up Next