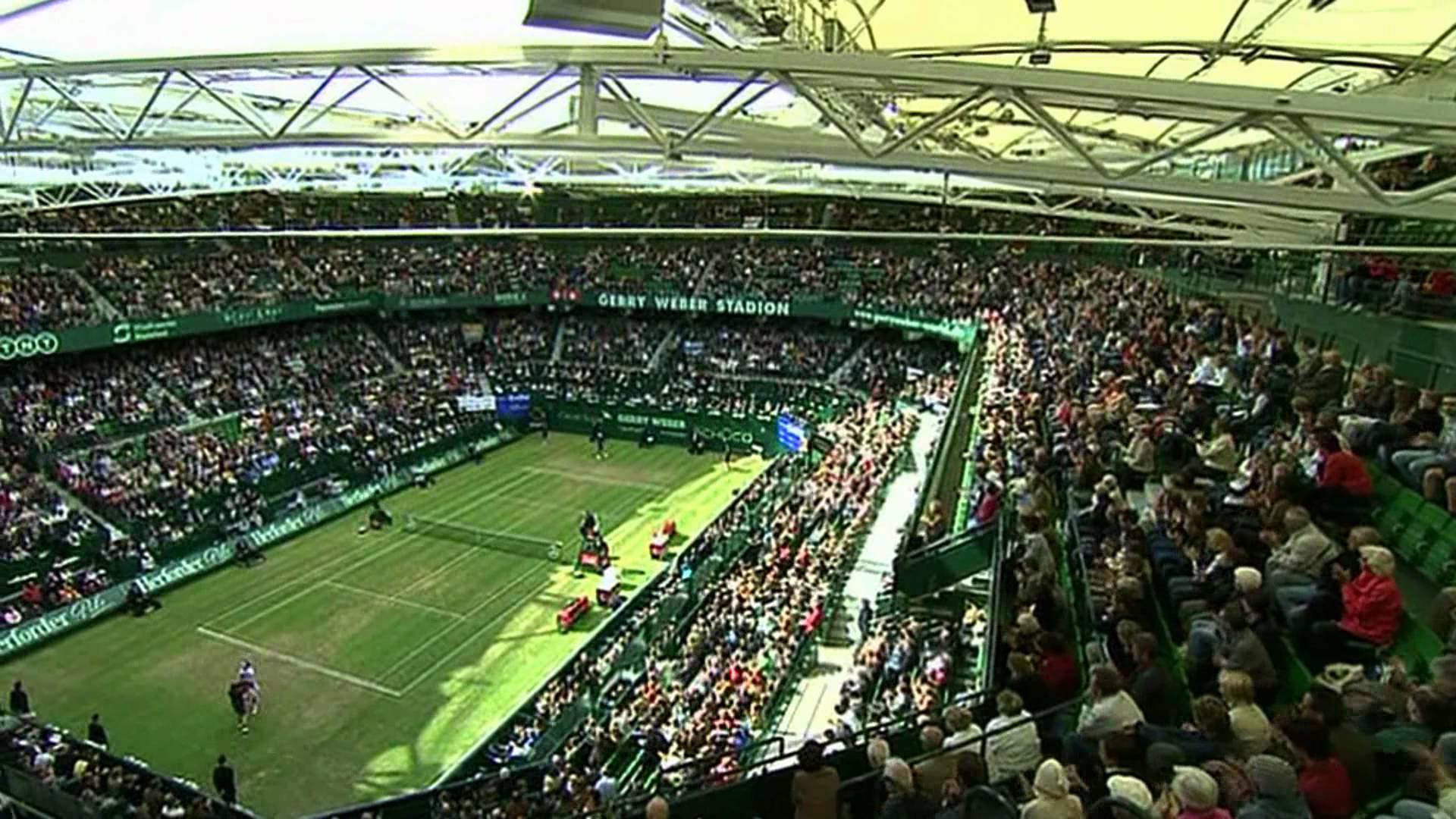 As Robert Burns warned centuries ago in a poem, “The best laid plans of mice and men – often go askew”. That happened in Halle today when Philipp Kohlschreiber had to pull out of the Gerry Weber Open.

Yesterday, against Ivo Karlovic, he looked strong. Today, a hasty press conference was called and alas, no more for him here. He will travel to his home and have an MRI on his left hip to make certain that the treatment he is seeking will be all that is necessary to give that hip a rest before heading to Wimbledon.

He said that he had suffered a strain in the Stuttgart tournament where he eventually finished as runner-up. He had faced Dominic Thiem, (who oddly enough was supposed to be his opponent this Friday afternoon), in a two-day final that wrapped up on Monday of this week. It surely left him tired and likely numb as he waded into the fray here in Halle. He said that in the match against Karlovic he felt the strain, but with his win, hoped that it was merely something that would disappear after a good night’s sleep. That didn’t happen. Today, his personal physio, and the Physio (a physical therapist employed by the GWO) for the tournament agreed that the injury was serious enough to require some down time in order to give the hip a time to mend itself.

When he was asked about his plans for Wimbledon, he said, “It is my goal to play, but moving on the lawn is full of intense rallies and right now, I just had to make the decision to withdraw.”

Thiem moved into the semis with a Walkover. He is ranked seventh in the world and seems to be the hottest young professional in today’s game.

Today was Fitness Day at the tournament. While Kohlschreiber’s fitness isn’t an issue, after having performed on a tennis court for the past ten days, others’ fitness has to be questioned. Cramping and complaints have often been the bugaboo that has ended many a career prematurely. Today’s game requires more than a modicum of preparation to compete day after day.

A prime example of that necessity is thirty-four year-old Roger Federer. He has spent many years going far into tournament after tournament. He will be moving to the semi-final round after a match that ended with a 6-1, 7-6 score today. The match had its ups and downs after the first set seemed to point to an easy skate into the next round for the Swiss maestro. He faced David Goffin in the Match of the Day on center court. It was interesting to watch the player from Belgium skillfully dance away from any ball coming at what would have been his backhand. Goffin uses two hands in a motion that seems awkward and definitely not a natural response to balls that fly away from his forehand. However, in the Tie-Break in the second set, he utilized both his hands as he managed many a winner with those hands gripping the racquet handle. But the skill of Federer, who has a more fluid backhand, forehand and virtually every other feint, bob or weave that has led him to a career that has many pundits saying he is one of the best ever to play the game.

Tomorrow will be a showdown that begins at noon. Federer will face Alexander Zverev of Germany who has a game that has made it to the “You’ve got to see this young man play” stage and Dominic Thiem, the Austrian whiz kid, will face Florian Mayer, another German who defeated Andreas Seppi late today 7-6, 6-3.

Even though Kohlschreiber had to withdraw to nurse his aching hip, Germany will be well represented in tomorrow’s contests. Perhaps there will even be one in the final on Sunday.