Berdych looked to feeling the effects of his efforts from Friday and Saturday, as a hamstring injury forced him to retire against Philipp Kohlschreiber.

Philipp Kohlschreiber was the beneficiary of an injury retirement from Tomas Berdych to ensure that the Davis Cup World Group First Round encounter between Germany and the Czech Republic would go to a fifth and deciding rubber. Kohlschreiber was leading by two sets, 6-3, 7-5, when Berdych retired with a hamstring injury.

Berdych had led the head-to-head with Kohlschreiber 8-1 coming into the tie, but Berdych required significant treatment in the fifth game of the match, and never truly looked comfortable on court, surrendering two break in the first set.

Berdych did at least find some success in the second set, holding serve for most of the set with more comfort than in the first. Yet he could not find any way to get engaged against the Kohlschreiber serve, failing to earn any break points. Berdych was continually serving from behind in the set and he was finally broken at 5-6, handing the German a precious two-set lead.

It looked a long way back for the Czech, who had played an epic five-set match against Alexander Zverev, as well as the doubles with Radek Stepanek on Saturday. He then decided to retire, handing the victory to Kohlschreiber, and ensuring that the tie would be decided by that match between Alexander Zverev and Lukas Rosol at the arena in Hannover. Both men lost five-set matches on Friday Zverev to Berdych, and Rosol to Kohlschreiber.

Rosol leads the head-to-head with Zverev 2-0, having not dropped a set. It is worth noting though that of the four sets that Rosol has won, three have gone to tie-breaks, suggesting that yet another close match could decide this tie.

Stefanos Tsitsipas reached the third round at the Olympic Games with a straight sets win over Frances Tiafoe. 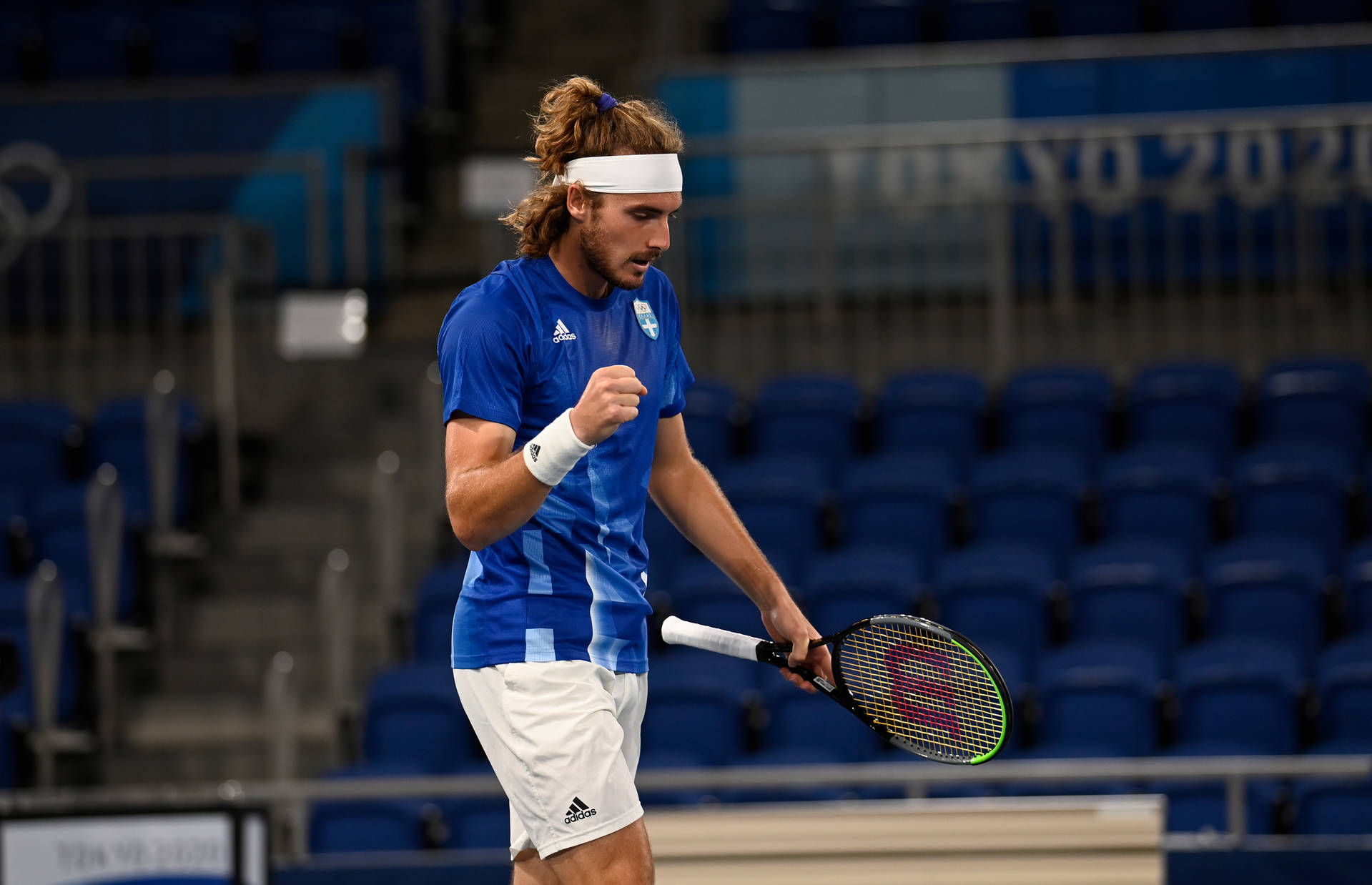 In a rematch from the first round of Wimbledon, the Greek beat the American Frances Tiafoe in straight sets.

Stefanos Tsitsipas had the golden opportunity to face off against Frances Tiafoe in the second round of the Tokyo Olympics after being upset by the American a month ago at Wimbledon beating him 6-3, 6-4 in one hour and 17 minutes.

He fired 28 winners and 9 aces and saw his full form on display from the word play. After saving an early breakpoint in the first game of the match he went on to hold serve and put pressure on the world number 54.

He earned a breakpoint and broke the following point to take an early 2-0 lead and that break was the only one needed for him to serve out the first set and take it 6-3.

The second set stayed on serve until 1-1 when it was the world number four once again searching for the early break but the Hyattsville, MD native saved it and was able to hold serve.

At 2-2, the number three seed kept pushing and earned two more chances to break and this time was able to make the breakthrough. The Greek had a chance to go up a double break at 4-2 but again was denied by the American.

The world number four would serve it out to set up a third-round match with either Miomir Kecmanovic or Ugo Humbert.

Naomi Osaka is out of her home Olympics after a stunning straight sets defeat to Marketa Vondrousova. 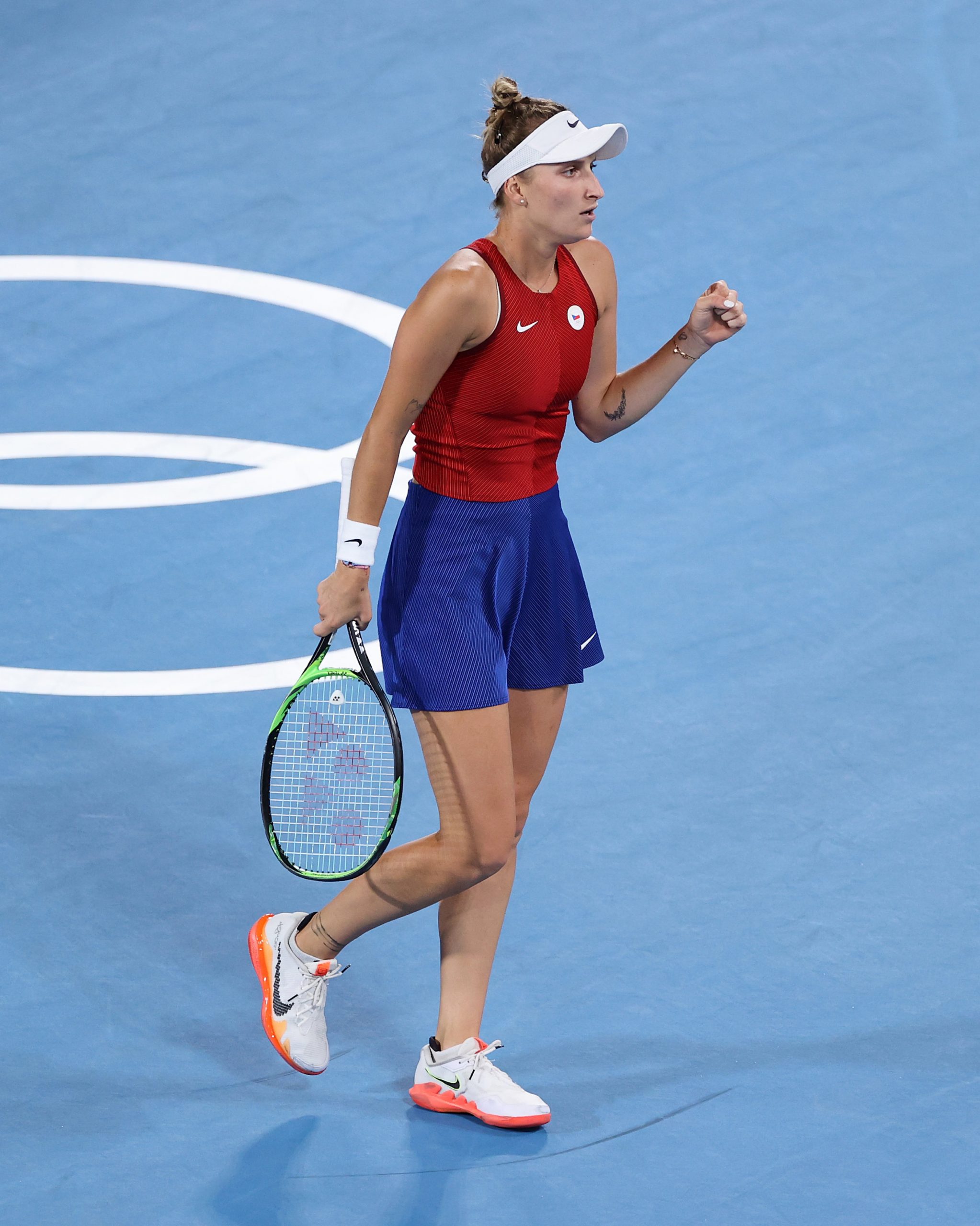 The Czech world number 42 pulled off the upset of the tournament so far sending the home favorite and world number two packing.

Marketa Vondrousova stunned the world when she beat Naomi Osaka in straight sets 6-1, 6-4 at the Ariake Tennis Park under a closed roof on Center Court in 68 minutes. The former Roland Garros finalist firied 22 winners while her opponent hit 32 unforced errors in the loss.

It wasn’t a good start for Osaka as she was put under pressure right away down 15-40 in the first game of the match and broke to take an early 1-0 lead.

In the following game, the world number two had a chance to break right back but the world number 42 saved both and was able to consolidate the break. Vondrousova then stormed into a double break lead the next game thanks to a backhand return winner on triple breakpoint.

Osaka finally got on the board at 4-1 saving two more breakpoints in the process but it wasn’t enough as the Sokolov native served out the first set in a mere 24 minutes.

The Japanese world number two started the second set a bit better than the first earning a breakpoint in the opening game and this time she got the early break.

At 2-1, the world number 42 wasn’t about to go down without a fight, and on her second time of asking broke the Osaka native to go back on serve. At 3-3 Osaka had another to get the break back but again was denied by the Czech.

At 5-4 with Osaka serving to stay in the match, she faltered giving Vondrousova two chances to win the match, and on the second time of asking Osaka forehand sailed wide to seal the upset win.

Vondrousova books a spot in the third round where she will either face Paula Badosa of Spain or Nadia Podoroksa of Argentina. 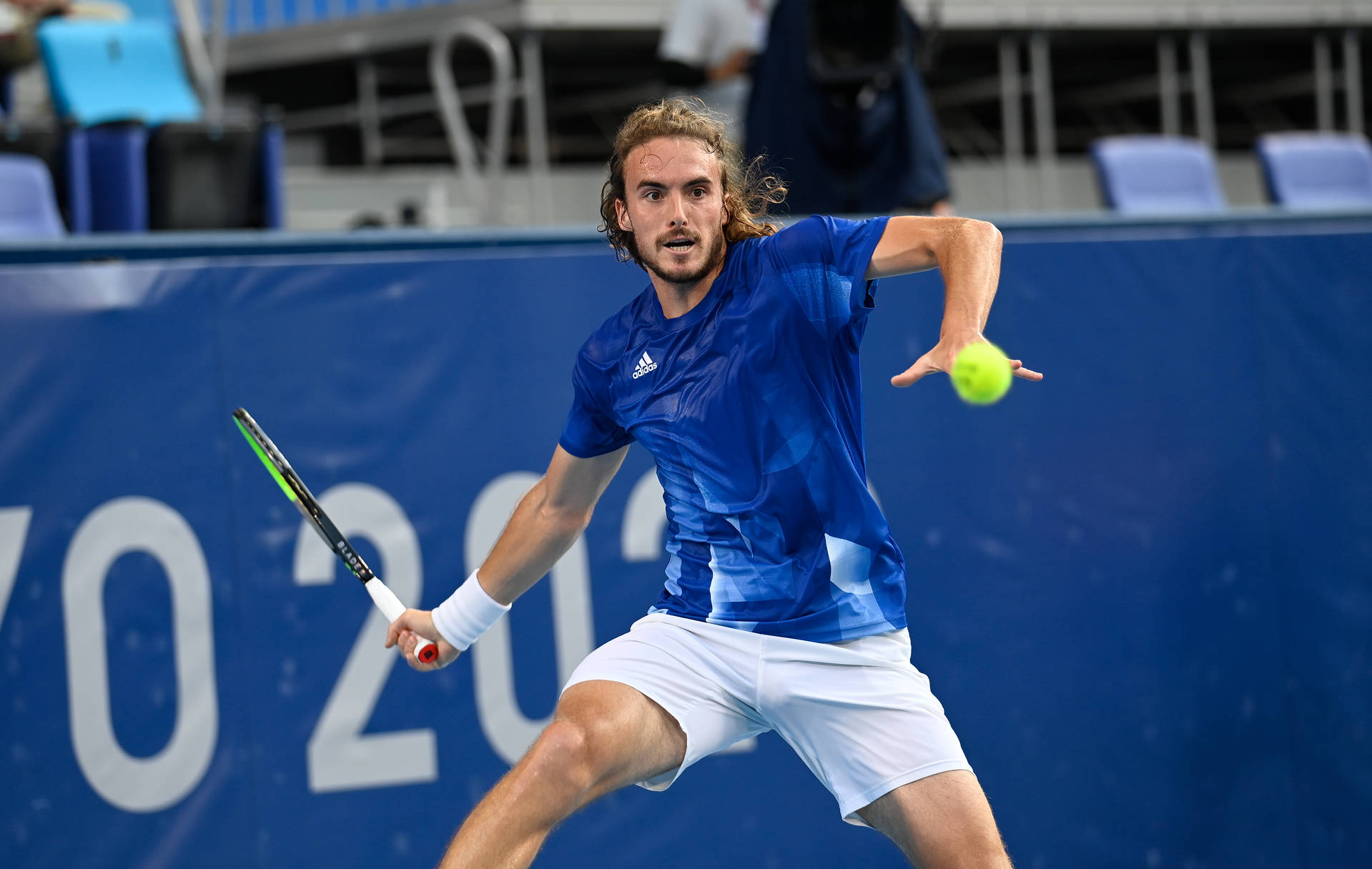 Greece, the home of the first modern Olympic Games in 1896, saw its top male and female tennis player both suffer substantial heartache last month at Roland Garros.  In the men’s singles championship match, Stefanos Tsitsipas was up two-sets-to-love against Novak Djokovic, before succumbing to the world No.1 in five sets.  In the women’s singles semifinals, Maria Sakkari held a match point, but lost 9-7 in the third to eventual champion Barbora Krejcikova.  Stefanos and Maria are entered into the mixed doubles event as a team, which will begin on Wednesday.  But on Tuesday, they will partake in what should be two of the most competitive singles matches of the day.

Each day, this preview will analyze the most intriguing men’s and women’s matchup, while highlighting other notable matches on the schedule.  Tuesday’s play gets underway at 11:00am local time.

This is a rematch from the first day of Wimbledon, when Tiafoe upset Tsitsipas on Court No.1 in straight sets.  Tsitsipas was just 15 days removed from his French Open final defeat, and hadn’t played any matches on grass ahead of The Championships.  Stefanos had claimed their first two meetings in straight sets.  Frances played well in the opening round of both singles and doubles, as he and Rajeev Ram beat Russia’s Karen Khachanov and Andrey Rublev.  But the slow-playing hard courts in Tokyo should certainly favor the Greek.  Tsitsipas went 23-5 on clay this season, compared to Tiafoe’s subpar record of 3-5.  And overcoming Philipp Kohlschreiber in a tight three-set battle on Sunday should boost the confidence of the third seed.

Svitolina has barely reached this stage, winning consecutive matches 6-4 in the third.  By contrast, since falling behind in the opening set of her first round against Anett Kontaveit, Sakkari has rolled, dropping only five games across her last three sets.  Sakkari also leads their head-to-head 2-1, and has prevailed in both their previous hard court meetings.  Svitolina’s only victory came two years ago on the grass of The All England Club.  Maria’s defensive skills rival that of Elina, but Svitolina’s offensive is not nearly as commanding as Sakkari’s.  The combination of this slow surface and the speed of these two competitors should result in some grueling, compelling rallies.  In the end, this is another matchup where Greece should be favored to prevail.

Naomi Osaka (2) [JPN] vs. Marketa Vondrousova [CZE] – Osaka is yet to be tested through two rounds.  This will be her first meeting with Vondrousova, the 2019 French Open runner-up who has struggled to rediscover her form after getting injured shortly thereafter.

Marcos Giron [USA] vs. Kei Nishikori [JPN] – Nishikori upset fifth-seeded Andrey Rublev in the first round.  Giron is a 28-year-old American who recently reached a career-high ranking of 64th in the world, and is currently ranked four spots higher than Kei.

Barbora Krejcikova and Katerina Siniakova (1) [CZE] vs. Paula Badosa and Sara Sorribes Tormo [ESP] – Krejcikova also won the women’s doubles tournament at the French Open with partner Siniakova, their third Major as a team.  Badosa and Sorribes Tormo are good friends who have been rooting each other on in singles, where both have reached the round of 16.  Earlier in the day, Badosa will play Nadia Podoroska, while Sorribes Tormo will play Anastasia Pavlyuchenkova.

Kevin Krawietz and Tim Puetz [GER] vs. Andy Murray and Joe Salisbury [GBR] – Murray and Salisbury upset Roland Garros champions Herbert and Mahut in the first round.  Krawietz and Puetz are both ranked inside the top 32 in men’s doubles, but they do not normally play as a team.