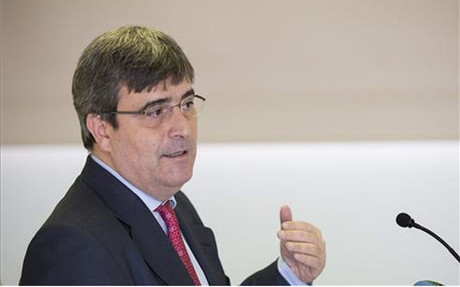 After former French minister for health and sports Roselyne Bachelot went on national television in France to accuse Rafael Nadal of having being tested positive to doping before, it was time for the Spanish Secretary of State for Sport to defend the 14-time Grand Slam champion.

Just yesterday, Bachelot said on French TV that Rafael Nadal being away from the sport for 7 months was the result of a positivity of the Spaniard to doping substances. Here is video of the French former minister accusing both Nadal and the entire system of tennis anti-doping:

It was just a matter of short time before Bachelot’s Spanish counterpart would come to the defence of a sports icon and idol like Rafael.

Miguel Cardinal, who is Secretary of State for Sport in Spain, commented on the French’s minister words defining her quotes as “astonishingly frivolous”.

Cardinal spoke through a press release saying that:

“France is a great sporting nation and I have agreed for four years with many different of its leaders in the government, all excellent ministers and leaders. Unfortunately, so you see, they have not always been wise to choose a person who has a basic knowledge of sport, someone who is not allowed to slander so frivolously one of the most important athletes of tennis history and who should not be allowed to launch a messages to confuse the population in such a delicate matter as the fight against doping “.

Cardinal added that, “I am sure she realized the error she has committed and the unacceptable injustice she has done and that she will therefore apologize. Moreover, we shouldn’t focus much longer on this case, as the lie is so gross that it disqualifies itself on its own”.