After a nerve-shredding first four rubbers, Lukas Rosol cast the drama aside to ensure that there would be no comeback for Germany after he sealed the tie for the Czech Republic with a 6-2, 6-3, 6-1 win against Alexander Zverev.

The Czechs had been expected to seal the win when Tomas Berdych took on Philipp Kohlschreiber in the early match on Sunday, but a hamstring injury curtailed Berdych’s efforts and he was forced to retire having lost the first two sets.

That meant that Rosol would have to beat Zverev to take the Czech Republic into the quarter-finals, and in the process preserve Czech Republic’s World Group status. Rosol made a mockery of close head-to-head going into the match. He had won both of the previous meetings in straight sets, though three of the four sets had been decided by tie-breaks.

No tie-breaks were required today however, as Rosol swept aside the young German. Rosol survived some pressure from Zverev before rattling off the final four game of the first set for the early lead. The second proved the closest, decided by just the single break of serve, once again for Rosol. Zverev had been unable to create a single break chance in the second set.

Down two sets, Zverev’s game continued to falter, as Rosol got more and more looks at the his serve. Zverev’s first serve winning percentage dropped dangerously low, and the reward was three breaks for Rosol. Zverev had earned a break point since the first set, and was again unable to create one in the third, as Rosol took home the win for the Czech Republic in one hour and thirty-eight minutes.

Czech Republic join Argentina, Italy, France, and the United States as countries having already secured their quarter-final places, and in the process, their World Group position for 2017. Poland, Germany, Canada, and Switzerland must fight for their survival. There are still three live rubbers in the ties involving Great Britain-Japan, Belgium-Croatia and Serbia-Kazakhstan.

It is understood that negotiations are at an advanced stage and an announcement could be made very soon. 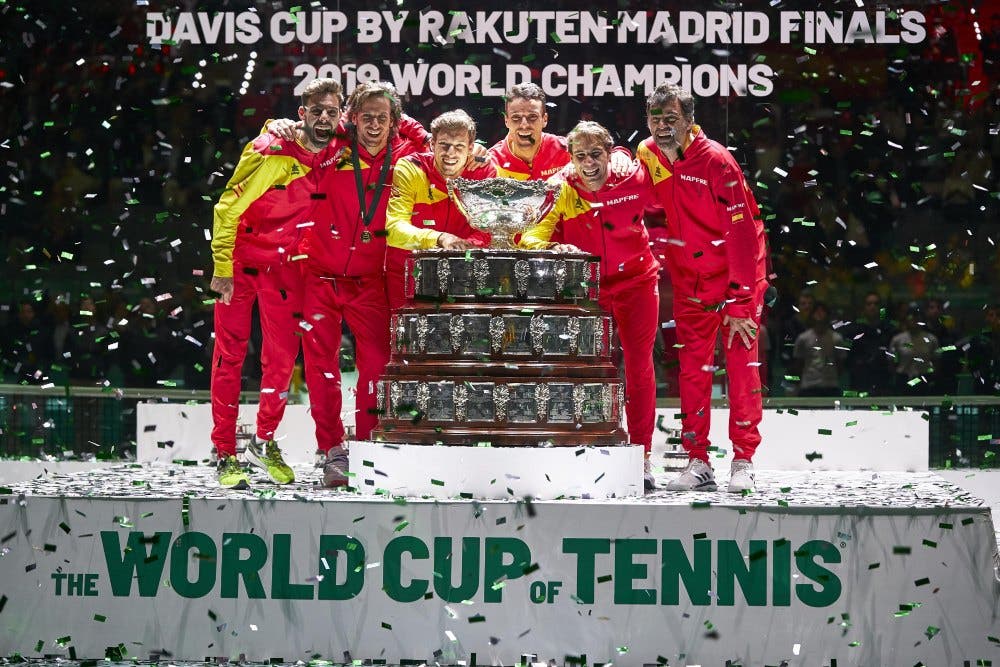 The Spanish city of Valencia has been chosen as the fourth and final host of the group stages of the Davis Cup Finals, according to two separate media sources.

Regional newspaper Las Provincias has reported that negotiations have been ongoing between officials in the region and Kosmos, the investment company who oversees the running of the tournament. It has been reported that talks between the two are at an ‘advance’ stage with it only being a matter of time before a deal is finalized.

An announcement is expected to be made as early as this week that Valencia has signed a five-year deal to host the Davis Cup. However, the venue of where the event will be hosted is still to be confirmed. One of the options is the bullring known as the Plaza de Toros de Valencia which has staged numerous Davis Cup ties in the past. However, another venue may seem more suitable considering the time of year and the fact four teams are taking part.

Valencia’s rumoured appointment fills in the gap left by Malaga who have been named host of the knockout finals in November after initially being awarded the chance to hold one of the four group stages along with Glasglow, Bologna and Hamburg. Malaga will also host the finale in 2023 as well. Making it the fourth time in a row the finale of the event has been held in Spain.

News outlet Levante–EMV has also confirmed Valencia’s intention to host the team event and say officials have already expressed a desire to one day host the knock-out stages in November. Although there is no guarantee that will happen.

The development comes shortly after France pulled out of the bidding process due to what they described as ‘onerous’ financial and operational conditions which none of their potential organizers was willing to accept. France was initially excluded from the hosting process and filed a case to the Court of Arbitration in March for Sport (CAS) saying the decision was unfair. However, a month later they were allowed to take part. It is unclear as to why they were initially excluded.

Davis Cup officials are yet to publicly comment on Valencia’s appointment but it is expected that they will do so very soon. In their latest communication, organizers said they plan to announce the fourth host of the group stages, which is said to be Valencia, before the draw takes place on April 26th.

The group stages of the 2022 Davis Cup Finals will take place from 14-18 September. Each group will consist of four teams with ties being a best-of-three rubbers taking place on the same day. The top two teams from each group will then progress to the knockout stages which will take place between November 23-27.

Playing in his first event since being disqualified from an ATP event, Germany’s top player has accused some of those attending the tie of being ‘rude.’ 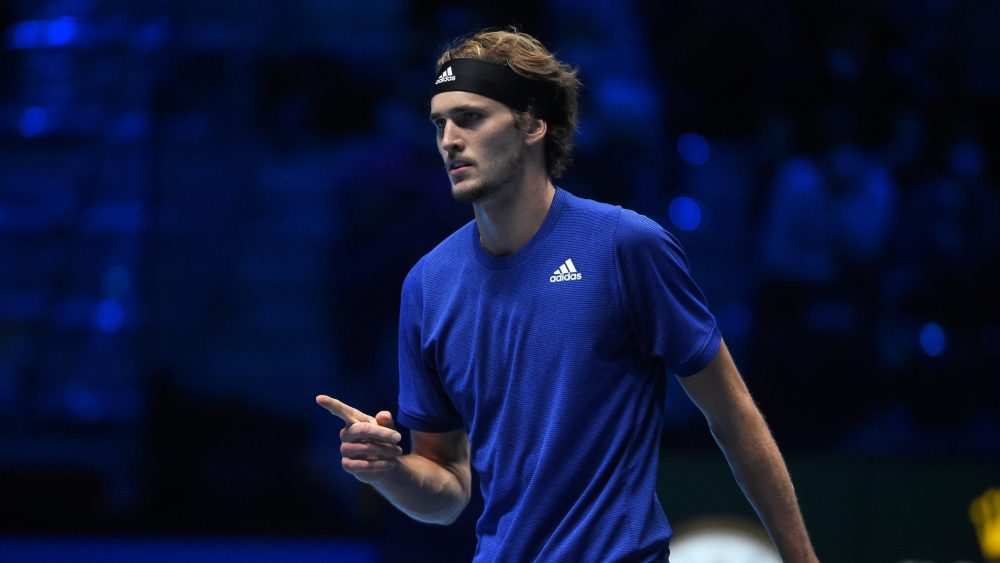 Alexander Zverev says ‘lines were crossed’ by some fans attending his country’s Davis Cup tie against Brazil in Rio de Janeiro over the weekend.

The world No.3 said members of his family received verbal abuse from some of those attending the tie during his matches. Zverev also accused the same people of ‘being rude all the time’ whilst he was serving. Although he didn’t elaborate on exactly what was said. Zverev played in two singles matches which he won in straight sets against Thiago Monteiro and Thiago Seyboth Wild.

“It gets towards, you know, your family members or when it gets towards somebody that you love, this is where I draw the line for respect. That line was crossed, basically, you know, every single game we play.” Zverev said following his second match of the tie on Saturday.
“Someone can say what they want to me, they can like it or hate me, I understand that now they don’t like me very much. In my match and in the doubles match, they (the crowd) were rude all the time of the (my) serve. People who came to watch tennis, cheer for Brazil, and be respectful. They have my greatest respect. I enjoyed playing in an atmosphere that was high, energetic, but some crossed the line.”

This weekend was the first competitive matches Zverev had played since getting kicked out of the Mexican Open for unsportsmanlike conduct. During a first round doubles match at the tournament he repeatedly swore at the umpire and then hit his chair multiple times with his racket. At one stage he narrowly missed hitting the foot of the umpire. He was later fined a total of $40,000 and lost all of his prize money earned from the tournament. Although former world No.1 Mats Wilander believes more action should have been taken against the player.

As a result of the outburst, the ATP has launched an investigation as part of its protocol. Making it the second investigation they have launched against the former US Open finalist. The first is an ongoing look into allegations he physically abused his former girlfriend Olga Sharypova during the 2019 Shanghai Masters. Journalist Jose Morgado reports that Olga’s name was shouted a couple times by members of the crowd during this week’s Davis Cup tie.

It is unknown as to when either of these investigations will be completed by.

Despite the controversy, Germany cruised to an overall 3-1 win over Brazil to seal their place in the finals later this year. The team will be hoping to go one step further than they did in 2021 when they managed to reach the semi-final stage for the first time in 14 years. 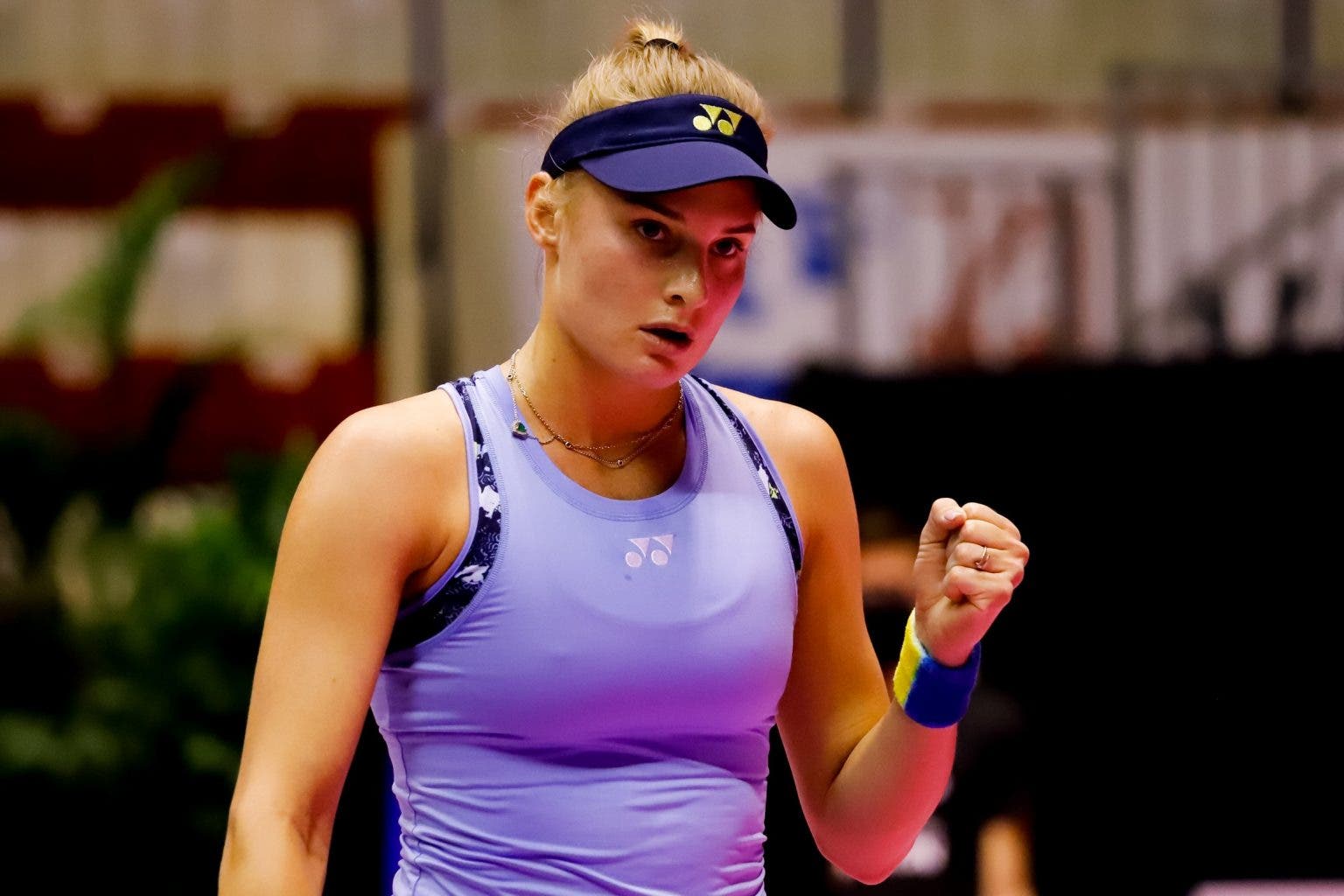 Yastremska set up a final against number 8 seed Zhang Shuai, who edged past Caroline Garcia 6-2 7-5 in 1 hour and 75 minutes.

Both Yastremska and Zhang Shuai will play in their fifth career final.

Yastremska lost to Ashleigh Barty in her last final in Adelaide 2020. The Ukrainian will be chasing her fourth career title and their first trophy since Strasbourg 2019. Zhang is aiming to win her first title since Guangzhou 2017.

Yastremska rallied from 1-4 down and pulled back on serve in the opening set. Yastremska fended off two set points with backhand winners, as she was serving at 5-6. Yastremska closed out the tie-break 7-5 with a service winner on her first set point.

Yastremska opened up a 3-0 lead, but Cristea reeled off six of the next seven games to win the second set 6-4 forcing the match to the decisive set.

Yastremska wasted three match points at 5-3 in the third set after a double fault on the second chance. The Ukrainian player did not convert another match point, as Cristea earned a break point. The Romanian player converted it, but Yastremska sealed the win on her fourth match point.

“It was a really tough match. In the third set, when I had match points and I lost that game, I was a bit crazy. I thought, I am done. I have lost because I don’t have any more power. Then everybody was supporting me, and I felt like, you can do it. I read a lot of news every day. Sometimes during the night I get messages from groups with the news. Sometimes I wake up and read what’s going on, especially with my city. I would not say I sleep here really good”, said Yastremska.

Zhang dropped just eight points on her first serve and saved two of her three break points she faced.

Garcia saved four double break points and came back from 1-3 to take a 4-3 lead. Zhang broke serve to break in the 11th game to take a 6-5 lead, and converted her second match point, as Garcia sent her backhand long.

Yastremska is 1.1 level against Zhang in their previous two head-to-head matches. Yastremska beat Zhang 7-5 6-4 in the semifinals in Hong Kong en route to her first WTA title in 2018. Zhang beat Yastremska 6-4 1-6 6-2 in the Wimbledon fourth round in 2019.